A new poll has found that 72% of Americans believe having religious holiday displays on government property is okay. 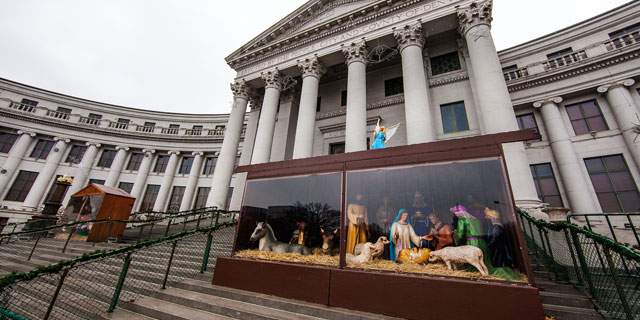 The poll, released Monday by Pew Forum, found that not only did nearly three-quarters find this acceptable, but 44% of the respondents said that this would be okay even if they were only Christian displays.

That being said, when we look at the figures again, it shows that 48% of Americans also said that either holiday displays from other religions had to be included (28%) or that the displays should not be there to begin with (20%), which is indeed a good sign. The study also found the following:

In total, 65% of U.S. adults believe that all of these aspects of the Christmas story – the virgin birth, the journey of the magi, the angel’s announcement to the shepherds and the manger story – reflect events that actually happened. Among U.S. Christians, fully eight-in-ten (81%) believe in all four elements of the Christmas story. Even among people who are not affiliated with any religion, 21% believe all these events took place, and 37% believe at least one (but not all) of them occurred.

What I take from this is that nearly 20% of Christians don’t believe in a central part of their own religion’s (and I use this word loosely) history and nearly 60% of the “nones” don’t know actual history.

Nonetheless, legal battles have ensued over the question of whether or not it’s okay to erect religious displays on government property, such as the steps of a state capitol building.

When Florida said that it would allow religious displays on government property, secular advocates jumped on the opportunity. A Festivus pole made from beer cans, a Pastafarian display of His Noodliness, and a Satanic holiday display featuring an angel falling into a pit of fire were all quickly erected. Loving Christians responded with hate and malice, saying that only they get First Amendment rights, because exclusion is an American value apparently.

The thing is though that the Supreme Court has said, through various First Amendment cases, that if the government allows any one religious group, then they must allow them all, including the ones they don’t like.

It doesn’t matter what Christians do or say, because if they get to put little baby Jesus in my state capitol, I get to put the Flying Spaghetti Monster right next to him. 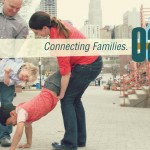 December 16, 2014
People Are More Important Than Beliefs
Next Post

December 16, 2014 Your morning happiness: a unicorn that farts rainbows.
Recent Comments
0 | Leave a Comment
Browse Our Archives
get the latest from
Nonreligious
Sign up for our newsletter
POPULAR AT PATHEOS Nonreligious
1

The Southern Baptist Convention Faced Serious...
Roll to Disbelieve
Related posts from What Would JT Do?