Raising My Kids Without Religion

I grew up attending church on and off through childhood, but I don’t consider my upbringing to be very religious. My parents never tried to talk me into Jesus and salvation, or heaven and hell. It simply wasn’t a part of our daily life. In fact, I remember my father telling me once that he was a Buddhist-Christian, but I had no idea what that was, and he didn’t seem interested in recruiting me.

One thing my parents did do religiously was dinner—every evening, around the table. Our dinnertime conversations revolved around what was going on in our lives, at school, or in the community. My mom was a grade-school teacher and my dad was a city manager, both had careers as public servants. I recall many talks about their hope for my mom’s students, or my dads concern for the people in our small town. They cared deeply for other people because their passion was to help others.

I too share their passion for helping others, and while I assume there is a gene for altruism in my family they really modeled what it looks like to be a positive contributing member of society.

I share this because there are some new articles floating around the web about how secular children may, in fact, be more moral and apt to become high-functioning adults, than those raised religious.

Although I have lots of fellow secular parents as friends, I also have many Christian friends. And, in the past, they’ve asked me how we plan to raise our boys to be good moral adults without God. I try not to assume too much, but it sometimes seems that to them, life without belief in God means we may become debase immoral murderous thieves who shank our neighbors at will.

I often explain that my kids will follow the example of the adults around them, like I did growing up. We also raise them to be critical thinkers and to consider how their actions may influence another human being. We don’t tell them that someone is monitoring their thoughts and lives 24/7 and keeping score. We tell them the truth, that actions have consequences, and good actions have good consequences. Compelling your children to behave by threat is not teaching them moral values, it’s controlling them with edicts.

A couple of days ago we took our kids to the Nelson-Atkins Museum of Art, and as we walked from room to room, I noticed a prevailing theme: every room contained distinct religious iconography. Every culture, ethnicity, era, etc. had loads of art depicting what they believed life was all about. The Egyptians and their pyramids and mummies, the Native Americans, the Dark Ages, the Greek gods, paganism, Hinduism, the Asian religions—this place showcases thousands of years of human history, and a huge portion of it is the history of our superstitions.

From room to room we explained to our kids a bit about the art and history they were seeing, about what each culture believed. We are not raising our kids without moral guidelines simply because we are raising them without religion. My 7 year old doesn’t need to believe he’s going to hell for bad choices in order for him to make good choices. Any kind of good behavior that such a belief might draw out of him will almost certainly be less desirable due to this inherit coercion.

Kids need a safe place to explore the world and ask questions, and that’s one of the reasons I like Kansas City Oasis so much. If my kids someday choose a religion, I will support them knowing that I have raised them with a good head on their shoulders, a head that’s ok with asking the tough questions. I’m not trying to raise a non-theist kid or an atheist kid or an immoral kid. I am just raising a kid. My kid. 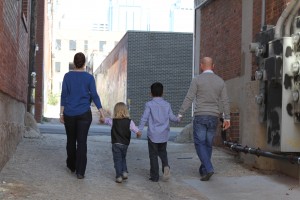 Deconversion: Brett McCracken Gets It Completely...
Roll to Disbelieve
Related posts from What Would JT Do? 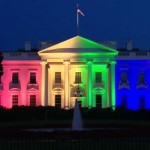 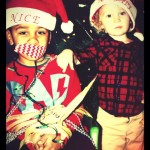 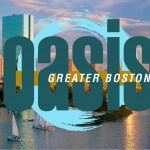 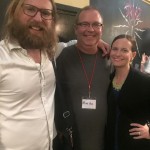