I see on Hemant’s blog that Atheist Ireland has formally disassociated itself from blogger PZ Myers.

Atheist Ireland is publicly dissociating itself from the hurtful and dehumanising, hateful and violent, unjust and defamatory rhetoric of the atheist blogger PZ Myers. The final of many, many straws were his latest smear that Ayaan Hirsi Ali is ‘happily exploiting atrocities’, and his subsequent description of Atheist Ireland’s chairperson as ‘the Irish wanker’. We are also asking all ethical organisations and individuals to consider how you can help to reverse his harmful impact on both individuals and the atheist movement generally.

Atheist Ireland has previously given PZ Myers public platforms in Ireland, both at the World Atheist Convention in 2011, and at our international conference in 2013 on Empowering Women Through Secularism. We now apologise for doing this. We believe his behaviour is unjust to individuals, increases prejudice against atheists, and is harmful to the promotion of an ethical society based on empathy, fairness, justice and integrity.

Hemant gave his own assessment which I think echoes what a lot of people have thought:

At one point, years ago, I wrote a blurb endorsing his book… and then not long after that, I just wanted less and less to do with him and his brand of activism. That was disappointing on a personal level, since I looked up to him so much when I started blogging. I know there are people who see the entire Freethought Blogs network as an extension of him, which isn’t true, but it’s a reason they avoid the other bloggers there, which is unfortunate.

To some extent, a lot of people have dissociated from him, albeit not formally like this. I don’t know how many hits his site gets these days, but I know that I follow news stories about atheism almost obsessively, and I just don’t see him quoted very much. It happens on occasion, sure, but not nearly as much as some others who have become go-to people for reporters needing statements or activists who are leading the way for political/social change. Whatever influence he once had seems to have diminished as his rhetoric worsened and he began lashing out at people who outsiders to the movement would probably consider his allies

So where do I stand?

PZ helped catapult my blog into the spotlight when I joined FtB and, within a year, became their third highest traffic blog (behind PZ and Ed Brayton, but ahead of popular blog like Greta Christina’s).  I think he is capable of excellent writing and often I think his heart’s in the right place.  He was the first major blog I followed and I patterned much of my early writing after him and Sam Harris (how’s that for irony?).  I even first identified as a feminist because of PZ and even believed many of his accusations because I knew that he was a good person.

But I can’t deny that his vitriol has turned me off.  I’ve not gone near his blog in years.  Maybe he changed or maybe I changed, maybe both, but anymore it seems any disagreement with him, even those in good faith, is met with accusations of misogyny and all manner of other insults.  As Hemant said, even for people who share many of PZ’s goals, it’s not enough to disagree: he has to destroy them, smear their name, etc.  And as bad as PZ has gotten his commenters are often even worse.  I wouldn’t care, but as a prominent figure in the atheist movement his behavior has generated ambivalence to the cause in the people it hasn’t pushed out of the movement entirely.  And now he and his contingent, which is how I came to know feminism, are the reason I no longer identify as one.  Oh sure, I care very much about equality for women, for LGBT, and my writing reflects that.  But they are what I associated with feminism, and what lots of atheists associate with feminism, and I don’t want to be that.  I wish feminism was more readily synonymous with better people in the atheist movement, but it just isn’t.

And it’s not that Freethoughtblogs is an extension of PZ, it’s that it’s loaded with people too much like him.  Not all of them, mind you, but more than enough which share his streak of straw-manning opposing arguments and declaring enemies of allies when they fail to toe their party line to the letter.  I don’t say this with any happiness at all.  The whole situation is sad.  It never had to be like this and I think, for a long time, many people hoped it was just a phase.

Having said that, there are people I still greatly admire at FtB, Ed Brayton and Miri Mogilevsky among them.  Sure, I have disagreements with both, but neither ever doubt we’re on the same side, even when we disagree.  It’s clear that those people very much care about the people with whom they disagree.  That’s important, and many on FtB have long ago forgotten it.  Again, it just makes me sad to say that.  I’ve been content for the most part to ignore PZ and his brood and let them continue to minimize their own influence, but it seems enough people have finally had it with them, people who want to carve out an atheist movement that works together like it used to, despite our disagreements, instead of trying to tear it apart to achieve ideological purity (much in the same vein the Republican party is now seeing).  Because of that, I wanted to throw in with Atheist Ireland.

Nobody looked to do this.  Nobody was out to get PZ.  Nobody in this whole situation has said a negative thing about PZ and his mates because we want to smear his name, we’ve said it because we wish it would get fixed.  At one point he had most of the movement full on behind him.  In fact, that it took Atheist Ireland so long to do this is probably a result of how much PZ was once respected.  I really doubt many are happy about this, even though they’re probably glad people are starting to talk about his culpability for sundering the movement without fear of reprisal (which many of us, myself included, have gotten to taste).  I don’t want this outcome.  I want to go back to when I was in college, when crackergate happened.  I want us to all work together for shared causes while trying to change each other’s minds IN GOOD FAITH on all the rest.  And that includes PZ.  I think he has a lot to offer still if he could just take a step back and see how harmful his approach has been and how many good people have been hurt by it.

But I have little hope of that.  Per Hemant:

As for Myers himself, he responsed on Twitter with a sarcastic “Oh no! I’ve been disowned by the slymepit!”… in other words, associating Atheist Ireland with an online forum that frequently criticizes and mocks him and is populated by people he deems trolls (even though they correctly uncovered plagiarism on his blog network). In other words, he didn’t care.

And therein lies the problem: PZ believes he was denounced because Atheist Ireland has the problem, not him.  If they don’t like PZ, then they’re misogynists and a “haven for rapists” (as PZ has called the Slymepit, without any evidence whatsoever).  He even attaches Atheist Ireland to a web forum that has nothing to do with Atheist Ireland.  Instead of addressing Atheist Ireland’s gripes, instead of trying to maintain friendship with a group that, like me, once defended him, PZ just tried to smear them with an absurd association.  This is how PZ’s clique on FtB tends to handle disagreements.  On such occasions we can’t pretend that insisting that people who disagree or convey concern in good faith are our enemies, or the enemy of the very people for whom they’re fighting, is the same as healthy criticism.  It ain’t.

None of this is to say we can’t be firm with bad people or call people assholes when they’re clearly being assholes.  But what PZ does goes far beyond that, and it has for a while now.

It’s all just sad, but I often insist that religious people elevate compassion and fairness, and I’d be a hypocrite if I failed to do the same – even with other atheists, even with ones I used to admire, even on a network I used to love and call home.  Even with people who used to be my friends.

I don’t blame Atheist Ireland.  I think they made the right decision and I think they said what a great many of us have been thinking for a long, long time (just read the comments on Hemant’s post and see how many people used to feel just as I did toward PZ).  And that’s just the truth.

April 8, 2015
FAITH & GAY RIGHTS: Pastor James David Manning: we must be willing to kill to stop sodomites.
Next Post 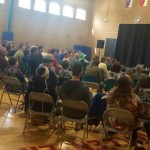 April 9, 2015 KC Oasis: One Year Strong
Recent Comments
0 | Leave a Comment
"http://bensargumentmaps.com..."
Ben Schuldt The New Atheists are still right ..."
"Ben, can you update your broken links? Thanks!"
afAtheist The New Atheists are still right ..."
""Nothing in the world has anything to do with you" is inaccurate if we are ..."
Sean Reesor Taylor Mali: Do Not Think of ..."
"6 years ago or 6 minutes ago: The scriptures are God's word, Sin is still ..."
usnavyvet FAITH & GAY RIGHTS: Missouri megachurch ..."
Browse Our Archives
get the latest from
Nonreligious
Sign up for our newsletter
POPULAR AT PATHEOS Nonreligious
1