Why you need to plan on voting in the next Presidential election.

Why you need to plan on voting in the next Presidential election. May 11, 2015 JT Eberhard

This chart, from the Rachel Maddow Blog, is why each and every one of you who cares about equality or, hell, who cares about the the rights of atheists being even moderately protected needs to vote in the upcoming presidential election.  It’s not about who’s on the ballot entirely (though as we approach the election I’ll have more to say about what else we can expect to get out of each candidate), but about what they’re going to be able to do.  Whoever wins this one likely gets to appoint four judges to the Supreme Court: 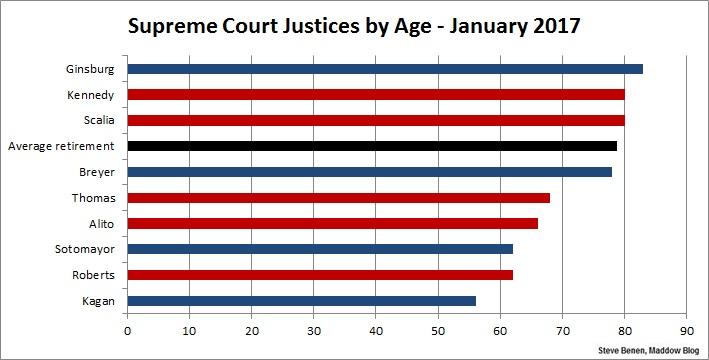 That’s it.  Want a Supreme Court where the rights of LGBT citizens isn’t up in the air?  Essentially: do you want a court where the usual disagreements between what legal scholars say is in the Constitution and what religious leaders say is in the Constitution doesn’t come up non-stop?  This is how you get it, especially considering what our options are going to be from the GOP in this next election.

Get registered.  Don’t wait.  Plan on it now.

May 11, 2015
Chairman of Lincoln County BoC won't let non-Christians pray, wonders what the big deal is with minorities.
Next Post