I’ve been wrong all these years: there is a god, and this god loves me.  That’s the only way to explain people like Rick Santorum, Mike Huckabee, and Donald Trump running for President.  And many of them even say god told them to do it!  Not so they can win – they don’t have a chance in hell at winning.  So why would god do that?  Easy: so that little ol’ JT in Kansas can have things to blog about for the next 16 months.  Hallelujah.

Anyway, Trump is all aboard the clown limo.  He’s making his announcement right now and it’s made of fail.  He just said of Mexicans that surely some of them are good people.  Way to lock in that vote, buddy.

For anybody who thinks a guy who got rich by shitting on people is fit to handle the economy from a position responsible for taking care of people who aren’t Donald Trump, which I hope isn’t many of you, I’m just going to leave this here: 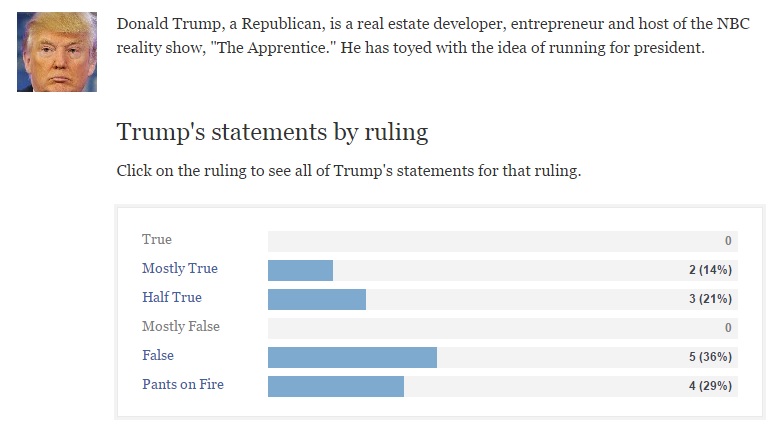 A guy who lies most of the time?  If he gets the Republican nomination the fundamentalist Christian crowd will flock to vote for him.

Holy shit, the DNC’s statement on Trump running is the greatest thing in the history of trolling:

June 16, 2015 Another child dies because parents thought god would be angry if doctors were involved.
Recent Comments
0 | Leave a Comment
Browse Our Archives
get the latest from
Nonreligious
Sign up for our newsletter
POPULAR AT PATHEOS Nonreligious
1