Why are people celebrating the deaths of people, who we have no idea were even involved with the 9/11 attacks? Apparently “karma” goes around slaughtering innocents.

If all you have to do is be a citizen of a country that has had other citizens who have done bad deeds, I’d hate to think of what I’m cumulatively guilty of for being an American.

How many innocent civilians has America killed during this extended middle-east conflict? Do these people forget that Osama bin Laden was a CIA operative? Hell, we assisted the Taliban against the Soviet Union. Saudi Arabia didn’t “supply” those hijackers, any more than the U.S. has “supplied” every other domestic terrorist.

There’s plenty to be angry about, when it comes to Saudi Arabia… their tyrannical government and humanitarian crimes, among other things, are legitimate.

… but some random set of civilians who were in the wrong place at the wrong time? I thought (though not that strongly) we were better than this.

September 12, 2015
Kim Davis to 6th Circuit: the couples who sued me got their licenses so I don't have to give them to other gay couples.
Next Post 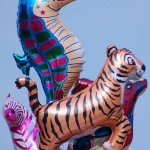 Nonreligious
Proving the existence of Allah to an atheist
What Would JT Do?

Nonreligious
Atheists who were not the cream of the...
What Would JT Do? 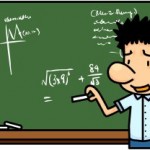 Nonreligious
The Qur'an is true. We can all go...
What Would JT Do?

Nonreligious
Is this a thing now?
What Would JT Do?
TRENDING AT PATHEOS Nonreligious