Virginia senator introduces a bill that would allow clerks not to issue marriage licenses to same-sex couples.

Virginia senator introduces a bill that would allow clerks not to issue marriage licenses to same-sex couples. January 15, 2016 JT Eberhard

A state senator from Virginia has put forward a bill that would allow county clerks to refuse to issue marriage licenses on religious grounds.

A Virginia Senator has introduced a bill to the General Assembly that would make it legal for a clerk or deputy clerk to refuse to issue a marriage license if such clerk has an objection based on personal, ethical, moral, or religious grounds.

Dude, the Supreme Court has ruled via authority given to them by the Constitution.  You passing a state bill that essentially says “The Constitution doesn’t count here” doesn’t make it so.

Sen. Charles Carrico Sr. (R.) of the 40th district said many of his constituents were concerned about what happened to Kim Davis, the Kentucky clerk who spent five days in jail last year for denying licenses to same-sex couples, according to the Associated Press.

Yeah, she had to do the job she campaigned to do.  I can see where Republicans would get worried about that.

The bill would send the engaged party to the Department of Motor Vehicles to obtain the license through the State Registrar of Vital Records.

That’s two trips when straight couples would only have to make one (and what if the employee at the DMV decided not to give them a marriage license on religious grounds?).  That’s discrimination.  It’s also discrimination of the worst sort — who should have to endure the horror that is the DMV just because they want to get married?  You can’t honestly tell me that’s equality.

With an additional big middle finger and a great big post it note that reads, “Stop wasting my fucking time,” I hope.

James Parrish, executive director of Equality Virginia, told the AP, the Supreme Court’s June ruling that effectively legalized same-sex marriage nationwide has sparked a rush of Virginia legislation that he considers “harmful or discriminatory” to the LGBT community.

Carrico is the lawmaker who also filed a bill to reinstate the Confederate flag on license plates for members of the Sons of Confederate Veterans in December. Gov. McAuliffe said he would veto that bill as well. 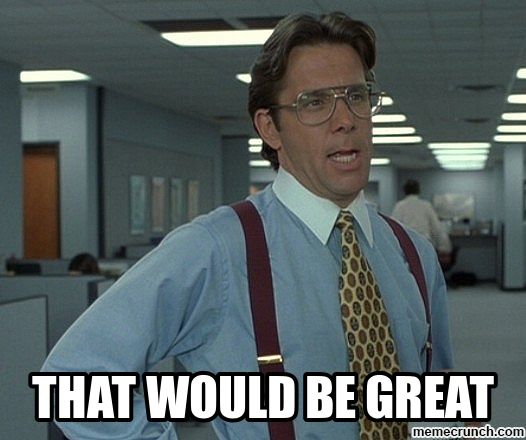