Richard Dawkins re-invited to NECSS, but won’t be able to attend for health reasons.

One of the things I haven’t touched on much here at the blog is the NECSS conference disinviting Richard Dawkins, who was supposed to be their keynote speaker.

This came after Dawkins retweeted a video that compared radical feminists to Islamists in their approach to squelching any criticism of them (which, for the record, I think both do).  The NECSS conference, without consulting Dawkins about the content of his tweet, simply disinvited him from their conference.  I thought it was the wrong decision at the time, but lately my shift in focus has been more toward religion, politics, and away from feminism and intermovement drama.

I was happy to see that NECSS rethought their decision (and almost as happy to read the gnashing of teeth from the usual hyperbolic crowd) and invited Dawkins back via the following statement:

We wish to apologize to Professor Dawkins for our handling of his disinvitation to NECSS 2016. Our actions were not professional, and we should have contacted him directly to express our concerns before acting unilaterally. We have sent Professor Dawkins a private communication expressing this as well. This apology also extends to all NECSS speakers, our attendees, and to the broader skeptical movement.

We wish to use this incident as an opportunity to have a frank and open discussion of the deeper issues implicated here, which are causing conflict both within the skeptical community and within society as a whole. NECSS 2016 will therefore feature a panel discussion addressing these topics. There is room for a range of reasonable opinions on these issues and our conversation will reflect that diversity. We have asked Professor Dawkins to participate in this discussion at NECSS 2016 in addition to his prior scheduled talk, and we hope he will accept our invitation.

Good for them!  Seriously!  Part of good skepticism and, hell, of just being a good person is being willing to admit when you fucked up and make good on it.  I tend not to judge people to harshly for mistakes (when I heard of NECSS booting Dawkins I mostly just shook my head and was sad, but I realized they had a lot of pressure on them), but rather look to judge their character by how they handle them.  NECSS did well here.

Dawkins has now responded back.  He won’t be able to attend for health reasons, but Dawkins, as usual, showed a tremendous amount of class in the face of all the over-the-top outrage from the usual suspects:

Please convey my thanks to the entire Executive Committee for their gracious apology and for reinviting me to the NECSS conference. I am sensitive to what a difficult thing it must have been to rescind an earlier, publicised decision. I am truly grateful. Politicians are regularly criticised for changing their minds, but sceptics, rationalists and scientists know that there are occasions when the ability to change ones mind is a virtue. Sympathy for the victim of a medical emergency is not one of those occasions, and I therefore note with especial admiration that the Executive Committee’s courageous and principled change of mind predated my stroke.

That stroke, however, does make it impossible for me to accept the invitation, much as I would like to do so. I shall especially miss the pleasure of an on stage conversation with you. I hope another opportunity for that conversation will arise. I wish the conference well. May it be a great success. You certainly have managed to put together a starry list of speakers.

With my best wishes to you and the whole Executive Committee

There was a glorious chance for Dawkins to hold a grudge here and he didn’t do it.  He chose to build bridges rather than tear them down, to prop up an event that, frankly, had done him wrong.  That’s leadership.

The same can’t be said of many of his detractors who have elevated misrepresenting their enemies to get a leg up and holding a grudge to an art form.

February 16, 2016
Yesterday the Colorado Planned Parenthood that was subject to a mass shooting reopened.
Next Post

February 16, 2016 Gluttons for punishment: OK lawmakers trying to put 10 commandments monument back up.
Recent Comments
0 | Leave a Comment
"http://bensargumentmaps.com..."
Ben Schuldt The New Atheists are still right ..."
"Ben, can you update your broken links? Thanks!"
afAtheist The New Atheists are still right ..."
""Nothing in the world has anything to do with you" is inaccurate if we are ..."
Sean Reesor Taylor Mali: Do Not Think of ..."
"6 years ago or 6 minutes ago: The scriptures are God's word, Sin is still ..."
usnavyvet FAITH & GAY RIGHTS: Missouri megachurch ..."
Browse Our Archives
get the latest from
Nonreligious
Sign up for our newsletter
POPULAR AT PATHEOS Nonreligious
1

Why QAnon is Attacking Evangelical Leaders...
Roll to Disbelieve
Related posts from What Would JT Do? 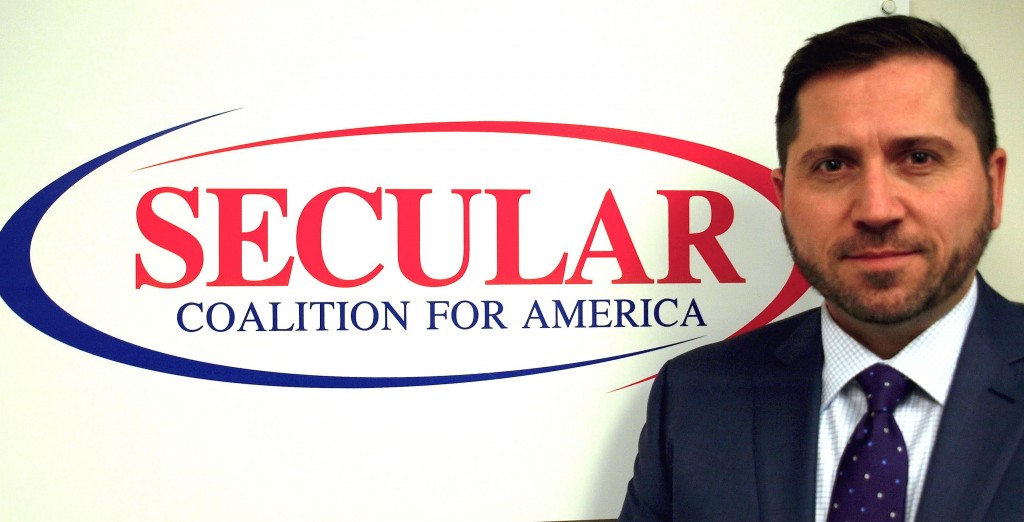