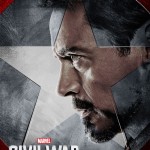 The upcoming “Captain America: Civil War” film has the delightful opportunity to play up real passions and concerns about the role of government, for those of you who get excited about public policy.  😉

Check out the final trailer (Spider-Man’s at the end!):

On a side note, I love the callback line used here which was from the first Captain America movie.  As you may recall the young and not-yet-super-soldier Steve Rogers was hopelessly fighting a bully in an alley also saying, “I could do this all day.”  This then characterizes Tony Stark as the proverbial bully that Steve is still virtuously fighting.  It’s a nice touch.

Team Captain America presumably represents a Libertarian side of the argument about the proper place of superheroes in the Marvel universe.

Should superheroes be registered and regulated by their corresponding governmental bodies or should they be allowed the traditional role as freelancers of justice?

Team Iron Man presumably represents a more conventional Democrat and/or Republican side of the debate.

I’ll say Democrat because I imagine Tony Stark would likely have those social leanings (given his lifestyle choices), but Republican because he channeled Glenn Beck pretty hard in Iron Man 2 (meaning he might be most influenced by those elements of common culture) and may just not think too hard about politics (one can take that in the matter-of-fact kind of way or the insulting kind of way; your choice). 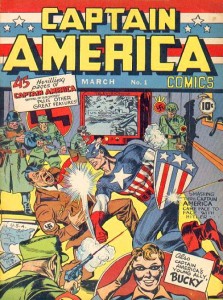 One may be inclined to say that comic books shouldn’t be about politics, but of course comic books have a long tradition of weighing in on political issues, for better or for worse.  Captain America punched Hitler for a reason.

Often times in comic book movies such Team Iron Man-esque sensibilities are represented by morally hysterical players who don’t realize, for the sake of storytelling purposes, that each and every superhero is fighting a personal battle against good and evil where good virtually always triumphs and any outside interference to that will tend to be a negative thing.  I imagine that this will likely surface in the movie unless they go out of their way to attempt to make Tony not seem like a completely unredeemable character.  Given that Joss Whedon, director of  “Avengers: Age of Ultron,” worked pretty hard to try and keep Tony’s hero status intact despite Tony’s actions bringing on the robot apocalypse, one can imagine the Captain America directors, the Russo brothers will continue that trend.

Audiences really like Iron Man.  But who knows how hard each of the notes will be played or what the end result will be.  Since it is a Captain America movie, one imagines we will be expected to most sympathize with his story from his perspective and that Iron Man will be the relative bad guy.

Unfortunately, the real world is not a fairytale place where each and every metahuman would deserve the benefit of the doubt as well as the complete leeway to be unaccountable to the civilized world’s other institutions of justice.  Normally we give comic books the license to let the whole vigilante thing go unpunished and unharassed unless that seems like a suitable dramatic plot point of the week (or unless it is 2016 and DC and Marvel are competing with each other).  We do actually have anti-vigilante laws already and for good reason.  This is really just the status quo in reality land.  Unless you really believe we need second amendment worshipping, rogue armed militias rolling around in their own personal tanks they purchased online, doling out their brand of government-can-do-no-right-Wild-West-esque justice (and those people exist, to be sure), you’re probably on Team Iron Man by default as well.

In comic books vigilante superhero-ing is fun and seeing them punch a time clock at the local police station isn’t as fun as seeing them punch a supervillain.  We excuse this lawlessness because we get to read over the shoulders of our favorite superheroes and we’re personally invested in their struggles against the forces of evil.  We feel like we can trust them or would trust them if they existed. 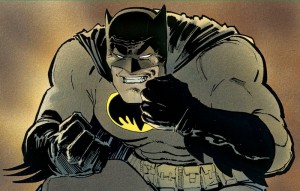 It pains me to acknowledge, but I would have to agree with many on the internet that Batman would likely be a Libertarian who had little to no trust in government, and who would run around based on the delusional idea that torturing criminals for good intel was a sound idea.  I conveniently overlook those elements because Batman mythology is otherwise awesome.

All it would take to shatter our trust in superheroes would be a hefty dose of reality-based disagreements and common human error to be dropped into a superhero storyline.  Modern superhero stories can be keen to introduce these kinds of elements as novel and a fresh break from the tired superheroes-are-always-right tropes everyone is used to.  Suddenly you’d realise you don’t actually trust people that much, or at least you don’t actually trust the full spectrum of people.  And people with large doses of extra-power especially.  One anticipates this will play out (probably poorly) in the upcoming “Batman v Superman: Dawn of Justice” movie.

In the Marvel universe, with great power comes great responsibility (so little surprise whose team Spider-Man is on), and that would necessarily include being accountable to government agencies.  In the magical world of comic books, this would simply mean that metahumans, if they wanted to fight for justice, would join the special branches of the police and/or military designed explicitly for them.  And anyone not keen on that would be an outlaw.  This would be business as usual and not the exception to the rule. 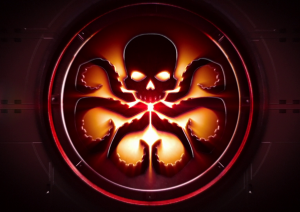 Complicating this is of course that government agencies in the Marvel universe such as SHIELD have been recently (aka in “Captain America: The Winter Soldier” and the TV show “Agents of SHIELD”) compromised by the evil, super-Nazi organisation Hydra.  So an extra dose of strong distrust of government would be incidentally warranted and could help make Captain America not look like an irresponsible Libertarian.

Some demographics of the political right (not to mention the leftist 9-11 truthers) already hold this inappropriate level of distrust in government given their conspiratorial tendencies and over-the-top mental stopgaps in denial of how much ordinary government works perfectly well for them.  This fantasy world of comic books may actually be on par with their sensibilities. 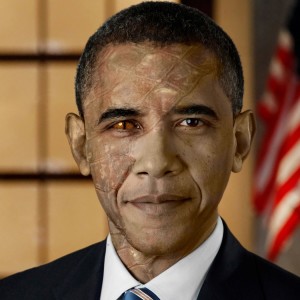 There *would* actually be an inordinately high probability that Obama would be a reptilian overlord from a different dimension hell-bent on conquering the world.  With tons of comic books coming out every week in need of extraordinary evil plot devices, the premise that the POTUS at some point in some comic is secretly a supervillain is virtually a statistical certainty.  So there’s that if you want to further save Captain America from irrationality.

Of course superheroes aren’t even immune from this level of subterfuge given that they often enough get compromised by things like alien conspiracies (like the Skrull’s “Secret Invasion” storyline) and evil mind control as well.  So one would think the issue is kind of a wash.  If government and society are to exist at all in these existentially extreme circumstances (which is doubtful in and of itself given the level of regular catastrophe endlessly bombarding their world), superheroes working for the government, on balance, would still seem to be the most reasonable option.  So, I’m still Team Iron Man.

Plus I’d have to be on any team that Vision was on anyway, since he’s a freaking awesome philosopher king/god in his own right. 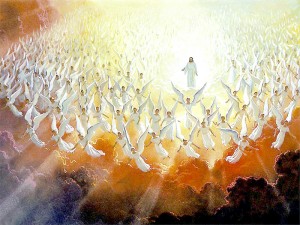 And naturally I wonder if a cosmic supervillain named Jesus showed up in the Marvel universe to set most of the planet on fire whose side Captain America would be on given his old fashioned conservative Christian religious affiliation and apparently attire-based moral theory espoused in the first Avengers movie.  I’d likely be Team Iron Man there, too.  But that’s a divisive topic for another day.  😉

March 12, 2016 Underground works for tornadoes and bombs, but not so much for zombies.
Recent Comments
0 | Leave a Comment
"Ben, can you update your broken links? Thanks!"
afAtheist The New Atheists are still right ..."
""Nothing in the world has anything to do with you" is inaccurate if we are ..."
Sean Reesor Taylor Mali: Do Not Think of ..."
"6 years ago or 6 minutes ago: The scriptures are God's word, Sin is still ..."
usnavyvet FAITH & GAY RIGHTS: Missouri megachurch ..."
"https://evolutionnews.org/2..."
Gerald McDonald Disproving Evolution – Part 15 – ..."
Browse Our Archives
get the latest from
Nonreligious
Sign up for our newsletter
POPULAR AT PATHEOS Nonreligious
1

The Two Factions Forming in the...
Roll to Disbelieve
Related posts from What Would JT Do? 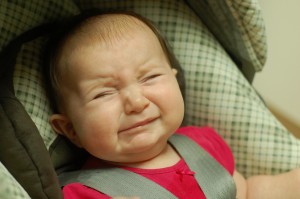 Nonreligious
Give Genocidal Jesus a Chance?
What Would JT Do?

Nonreligious
Disney forcefully awakens the Star Wars feels.
What Would JT Do?
TRENDING AT PATHEOS Nonreligious