It has been my absolute delight today to follow the tweetings of people at the Ark Encounter protest.

For those who haven’t been following, Ken Ham and Answers in Genesis secured millions of dollars in taxpayer incentives to open their park all while claiming it was a tourist attraction, not an attempt at sectarian evangelizing (it’s a giant monument from the bible, so why would anybody think that?)  This was, of course, a lie.  So…apparently the bible is true, through and through, except for those darned parts that say “don’t lie.”

It must be nice to believe god is all-wise, but to also be able to choose when and where you know better.

Anyway, let’s get to the story of today.  While AiG swore up and down that the Ark Encounter theme park would bring in about 2,000,000 visitors per year, making all those tax incentives worth it, they’re not off to a very auspicious start:

this is the ark encounter parking lot a half hour after the grand opening. https://t.co/pHqFDa0qJ3 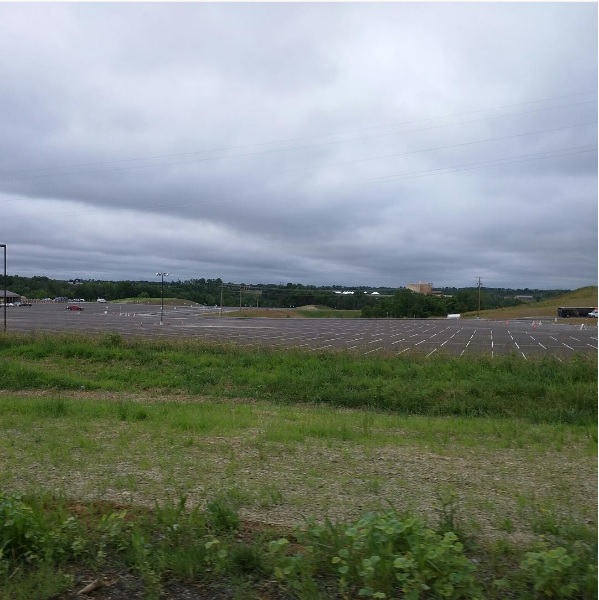 If this is opening day, the big reveal, does it seem likely that to bring 2,000,000 visitors/year?#OhNoahHeDidnt https://t.co/EIJSJTLL5M

I am sure attendance will ramp up once all the media attention & the large advertisement campaign goes away. https://t.co/czobh3xCxT

Please everyone! No trampling! You’ll all get to see! #OhNoahHeDidnt pic.twitter.com/XEskocgEqV

News reports say attendance was around 4,000 today. Of course, that’s not sustainable. But let’s imagine it was. That comes out to 1,460,000 attendees in the course of a year. That’s nowhere near what they promised, it assumes there are no days the park is closed, and it assumes attendance will continue to be at least as good as on opening day with all the hype and advertising.

All of that is about as likely as dinosaurs being crammed into an ark a few thousand years ago.

Speaking of which, there were dinosaurs:

More dinosaurs on the ark. pic.twitter.com/U0LS1no67l

And man, the jokes write themselves:

Did Noah wrap his ark in Tyvek and charge animals $40 to jump on? #OhNoahHeDidnt https://t.co/C7zFaIsa0J

Indeed, Mr Ham. This may be the best unintentional redundancy I’ve ever seen.

July 8, 2016 MORNING HAPPINESS: When you can't do life because everything distracts you.
Recent Comments
0 | Leave a Comment
"Jesus is Lord. The fool has said in his heart 'there is no God." We ..."
Mark Frank Turek fears me. Also he ..."
"How about transgender kids being denied the right to play sports, and conservative Republicans banning ..."
Joann 40 harmful effects of Christianity.
"You seem moronic and infantile"
Christopher Mankey Frank Turek fears me. Also he ..."
"Don't You Lot tire of making this Same Accusation? Its just Dogma, something You deny ..."
skwills Thoughts on the soup kitchen that ..."
Browse Our Archives
Related posts from What Would JT Do?