Well, this is awkward.

So, the Vice Presidential debate is in a couple hours. Mike Pence and Tim Kaine will have at each other for a couple of hours and then, after it’s over, the American people will decide who won.

Funny thing: if you run a google search for “gop vice president debate early” the first entry is one from the GOP’s site titled “Who Won the Vice Presidential Debate”: 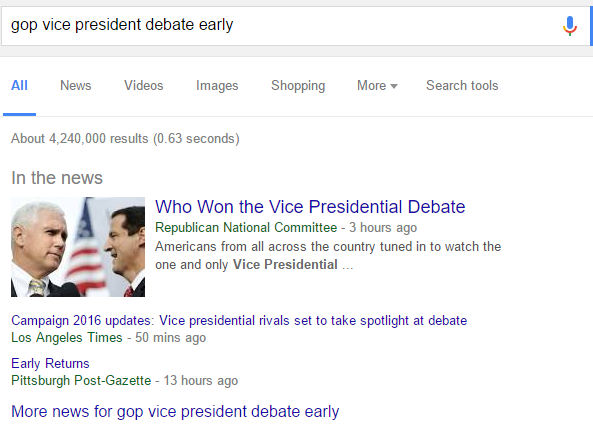 If you click that link it’s now a 404 (page not found). So why is it at the top of a Google search? Well, that’s because about 20 minutes ago the GOP mistakenly published the winner of the debate. Surprise, it was Mike Pence: 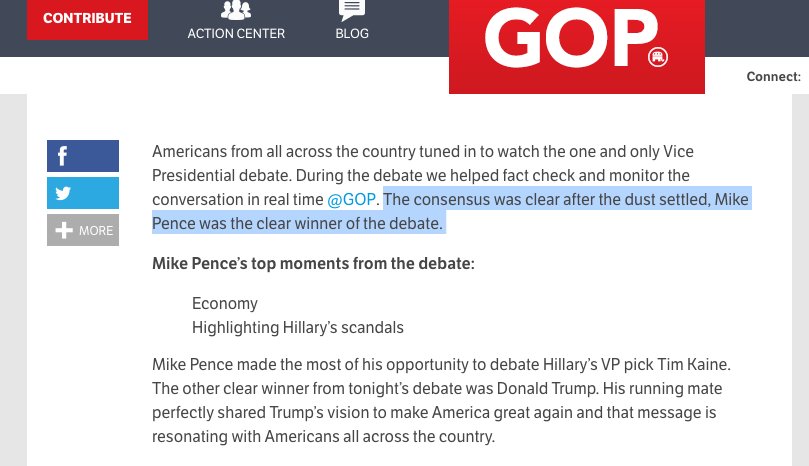 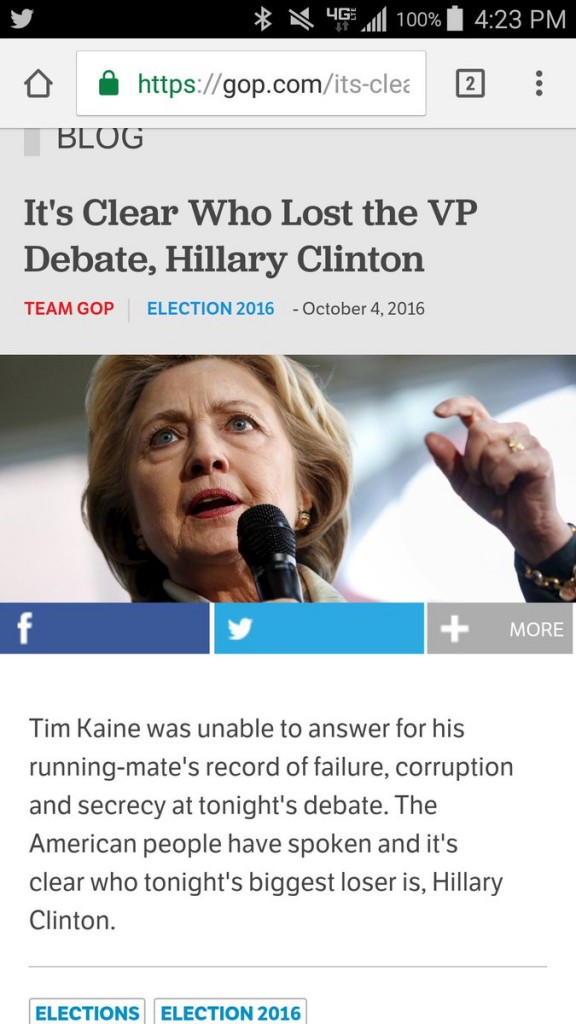 Yes, for a brief moment (but not brief enough to keep screen shots from being taken), you could go to the GOP’s website to see the winner of a debate that has not yet happened. Oops.

Well, a big congrats to Mike Pence! I would say you earned it, but you’ve yet to have the chance. But, I mean, congrats on the charity and dishonesty from your own party. That’s kind of like a win, except it’s like lying to get a participation trophy. So…not like a win at all.

What a fucking clown show. I think every time Pence mentions dishonesty/corruption tonight, as it’s now clear he intends to do, I’ll just tweet out a link to this blog post. Oh, Hillary’s out to mislead the American people? Boy, you can’t stand it when people do that, I’ll bet.