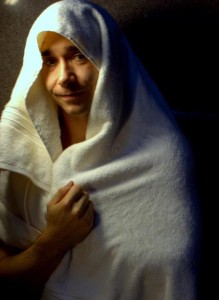 JT Eberhard is the current world champion at Candy Land and holds both the Olympic and World Records.  He is also humanity’s best chance in a zombie apocalypse.

When not defending the planet from inevitable apocalypse at the rotting hands of the undead, JT is a writer and public speaker about atheism, gay rights, and more. He spent two and a half years with the Secular Student Alliance as their first high school organizer. During that time he built the SSA’s high school program and oversaw the development of groups nationwide. JT is also the co-founder of the popular Skepticon conference and served as the events lead organizer during its first three years.

In his personal life, JT is a trained opera singer who has worked under the directorship of two-time Grammy award winner James Billings. He is also an avid gamer who can often be found playing League of Legends. This year he joined forces with the hosts of the Game Theory Podcast to form an online hub for atheist gamers (fittingly called “Atheist Gamers”) where atheists of all stripes from board gamers to those who enjoy online games can bask in each other’s company.

Related posts from What Would JT Do?

Nonreligious
Euphoria.
What Would JT Do?
Copyright 2008-2017, Patheos. All rights reserved.