A Year Without God: A Former Pastor’s Journey Into Atheism

A Year Without God: A Former Pastor’s Journey Into Atheism December 31, 2013 Ryan Bell 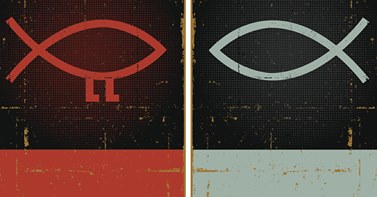 What difference does God make?

About a year ago a friend and Episcopal priest, told me her atheist friend asked her this question. She found it harder to answer than she expected. He had batted away her first few attempts and she was now running it by me. We didn’t end up discussing it for very long but the question has stayed with me. Recently I decided I would find out, by living for a year without God.

I was more or less raised in the Seventh-day Adventist Church. My parents were United Methodists when I was born in 1971 in Parma, Ohio — a suburb on the west side of Cleveland. When I was six years old my parents’ marriage started to come apart and in an effort to save it, we all ended up with my mom’s parents in Southern California. Part of the effort to save their marriage must have been a renewed commitment to their Christian faith, this time in the Seventh-day Adventist dialect of my grandparents.

From that time until early 2013, I lived within the family of the church. My relationship with God and the church has taken many turns — a story for another time — but I always managed to maintain the tension between the relatively unchanging demands of the church, my growing understanding of God, and my own personal experience of the world. I realize now that this tension was always there. These relationships were never easy for me. Whether during my fundamentalist phase, during college, or my growing progressive convictions in recent years, I always had a nagging sense that I didn’t fit. So, naturally, I became a pastor. Since 1991 I have either been a pastor or in school developing my skills to be a better pastor. When I felt that I couldn’t do it anymore I was convinced, by myself and others, that I could make my best contribution from inside rather than outside the church. So I stayed.

As it turns out, the day came when I really didn’t fit within the church anymore. I had been an outspoken critic of the church’s approach to our gay, lesbian, bisexual and transgendered members — that approach being exclusion or, at best, second class membership (“we won’t kick you out but you can’t participate in leadership”). Through the years, I had also been a critic of the church’s treatment of women, their approach to evangelism and their tunnel-vision approach to church growth. I was deeply committed to my community and its betterment — something that won me the praise of some (and even an Innovative Church of the Year award from the North American Division) and the vitriol of others. I engaged in and sponsored interfaith relationships within my churches and in the community. I struggled alongside our neighbors for justice and peace. All of these things — things I was most proud of in my ministry — earned me rebuke and alienation from church administrators. I tried to maintain that I was a faithful critic — a critic from within — someone committed to the church and its future success but unwilling to go blindly along with things I felt were questionable, or even wrong.

This was on top of my theological concerns. I couldn’t affirm the teaching that the Seventh-day Adventist Church was the “remnant church” — God’s chosen people to prepare the world for the last days. If fact, there was a lot about the church’s beliefs concerning the last days (and the more proximate days) that troubled me.

In March, I stood my ground on these issues and was asked to resign. I didn’t want to resign but I finally agreed. My family and my health had suffered over the past several years but my faith had suffered most of all. Since that time I have been a religious nomad. I have struggled to relate to the church and, if I’m honest, God. I haven’t attended church consistently; I struggle to relate to church people, preferring the company of skeptics and non-church-goers. I haven’t prayed much and, without sermons to write on a regular basis, I haven’t studied, or even really read, the Bible.

So, I’m making it official and embarking on a new journey. I will “try on” atheism for a year. For the next 12 months I will live as if there is no God. I will not pray, read the Bible for inspiration, refer to God as the cause of things or hope that God might intervene and change my own or someone else’s circumstances. (I trust that if there really is a God that God will not be too flummoxed by my foolish experiment and allow others to suffer as a result).

I will read atheist “sacred texts” — from Hobbes and Spinoza to Russell and Nietzsche to the trinity of New Atheists, Hitchens, Dawkins and Dennett. I will explore the various ways of being atheist, from naturalism (Voltaire, Dewey, et al) to the new ‘religious atheists’ (Alain de Botton and Ronald Dworkin). I will also attempt to speak to as many actual atheists as possible — scholars, writers and ordinary unbelievers — to learn how they have come to their non-faith and what it means to them. I will visit atheist gatherings and try it on.

In short, I will do whatever I can to enter the world of atheism and live, for a year, as an atheist. It’s important to make the distinction that I am not an atheist. At least not yet. I am not sure what I am. That’s part of what this year is about.

For this life-long Christian, and a pastor for nearly 20 years, this feels abnormal. Risky, even. It is as uncomfortable as a lifelong atheist trying on Christianity for a year. Many of my colleagues will fear for my eternal security (what if I somehow die during the year?), others will question my mental health, reasoning that the recent trauma in my life has sent me over the edge. Perhaps they are right. There has been some religious trauma in my life in the last year and it has shaken the foundation of my faith, but honestly, it was getting pretty shaky anyway.

My desire is, as always, to pursue the truth and do it in a sometimes serious, sometimes playful, way that might be insightful for others as well. During the year I will be blogging my experience here and working on a book. I invite you to follow along and share your thoughts.

January 1, 2014 Julia Sweeney on Letting Go of God
Recent Comments
0 | Leave a Comment
"The reason why you no longer believe in God, is not by your experience along ..."
25 Two Years Without God
"I did read about the bloggers a couple of years back. It was sad. At ..."
RichardfromEngland Being an atheist in Bangladesh
"The Bangladeshi constitution is you're guide, since Bangladesh was founded a republic and not an ..."
RichardfromEngland Being an atheist in Bangladesh
"No sex, no motorcycles, no competition as to whose bike is better, no women, there ..."
Josmar The empty promise of eternal life
Browse Our Archives
get the latest from
Nonreligious
Sign up for our newsletter
POPULAR AT PATHEOS Nonreligious
1

An Evangelical Site Tries Hard to...
Roll to Disbelieve
Related posts from Year Without God