The “good news” of slavery?

It’s been a busy week and this blog has been the main casualty, but I have no regrets. I’ve been participating in the first annual Level Ground Film Festival this weekend. Over the next few days I will be reflecting on a few of the incredible experiences I’ve had during the festival, especially as they relate to my Year Without God.

Today I begin with a film that didn’t screen at the Level Ground Film Festival. Last Sunday I watched Contradiction at the monthly meeting of Atheists United in Los Angeles. This documentary, written and directed by Jeremiah Camara, examines the striking corrolation between the proliferation of churches and crushing poverty in African American communities across the United States. In one particularly striking moment, Camara asks Martin Luther King III why he thinks there are so many social problems in black communities when there is a church on every corner. The son of the civil rights giant is speechless.

As I watched this film with a group of atheists I noticed the audible groans and laughter during moments in the film where a preacher was saying such things as:

“Self-sufficiency will never work!”
“Depend on Jesus for everything”

These are phrases that any evangelical church leader has said. Indeed, the very heart of the Protestant version of Christianity is “salvation by grace through faith.” In short this means we cannot do anything to earn God’s generosity. It is completely a gift. Calvinists take this to its extreme and deny that we have any free will at all. Everything is pre-ordained. To acknowledge human free will would be to allow a measure of human agency in the salvation process. This cannot be.

For by grace you have been saved through faith, and this is not your own doing; it is the gift of God—not the result of works, so that no one may boast (Ephesians 2:8-9).

The Christian “good news” teaches that we are powerless to affect our own destiny. The Arminian expression of Christianity allows for more human agency but does so while being careful not to give the impression that human beings can save themselves.

Could it be that this flat denial of human agency is destroying individuals and communities? Might this theology both cripple individual members while creating a pathological dependency on god (read: the church and the pastor)? Is the gospel dangerous for those who take its central claims most seriously and who most need the freedom it claims to have?

In another revealing moment, Camara points out that the most common prayer postures are in fact slave postures—hands together as when shackled, kneeling, begging for mercy from a master who holds your fate in his hands. 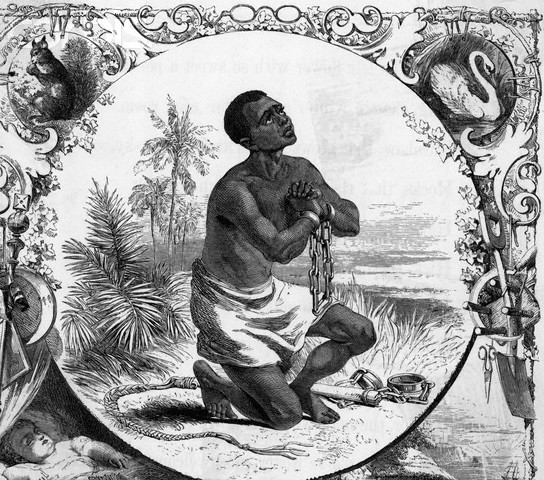 Indeed, the Apostle Paul speaks specifically about being a slave (Gk. doulos) of Jesus Christ (Romans 1:1) and Christian theologians endorse this way of speaking about Christian’s relationship to Jesus.

For years as a pastor I struggled with this language. I understood it as a metaphor about surrender to the leadership of god in one’s life. Freedom is not simply freedom to do whatever the hell I want. All freedom comes with obligations. But obligation is different that slavery.

As my career progressed I served increasingly diverse congregations. As I stood to preach I looked out at people whose lives had been indelible marked by actual slavery. The scourge of modern slavery plagues my own city of Los Angeles. In whatever industry it operates (sex, garment, domestic, agriculture) it means forced labor without pay against the person’s will. The Greek word doulos means exactly this and nothing else. Each week I also looked out at the faces of women and people in minority groups whose experience of the world has been profoundly shaped by the experience of powerlessness and oppression by those in the dominant culture (i.e. straight, cis-gender, white males). Perhaps a message of surrender could be appropriate to white men who have spent their whole lives enjoying the privilege of their identity, but to ask people who have known real slavery and oppression to accept Christ on the basis of a slave/master relationship is problematic to say the least.

Camara’s main point, it seems to me, is that this theology of giving away your power adds to, rather than helps to solve, the problem of poverty in black communities (and, I suspect, in other poor communities). The situation is actually much worse than that. “Prosperity gospel” preachers are being massively enriched by this teaching. These pastors live lavish lives while their members struggle just to survive.

Having stepped away from my faith I realize more than ever how pernicious and destructive is the biblical theology that teaches people to give up their power. I was confronted with this contradiction recently in a song I heard performed at Sunday Assembly Los Angeles in February, called “Power,” by Gabby Gordon (video below).

Contradiction is a challenging conversation starter, which I hope church leaders in America—both black and white—will listen and respond to. It isn’t a perfect film. The production quality and pacing could be better. More importantly, the film would be vastly improved if Camara had spoken with, for example, black liberation theologian, James Cone and philosopher, Cornel West. I left wishing I could have their insights into the controversial hypothesis that Camara puts forth. I know many black pastors who are pushing back against the deadly combination of escapist notions of heaven, fear-inducing depictions of hell, the self-defeating theology of slavery and surrender, and the false hope of the prosperity gospel. They are working tirelessly in America’s urban centers to organize their neighborhoods, helping people reclaim their power. Still, I increasingly feel that religion is too problematic—too subject to abuse by charismatic, power hungry leaders—to be worth it. It is something to be freed from rather than a pathway to authentic freedom.

March 5, 2014 You are stardust and to stardust you will return: Lent for atheists
Recent Comments
0 | Leave a Comment
Browse Our Archives
Follow Us!