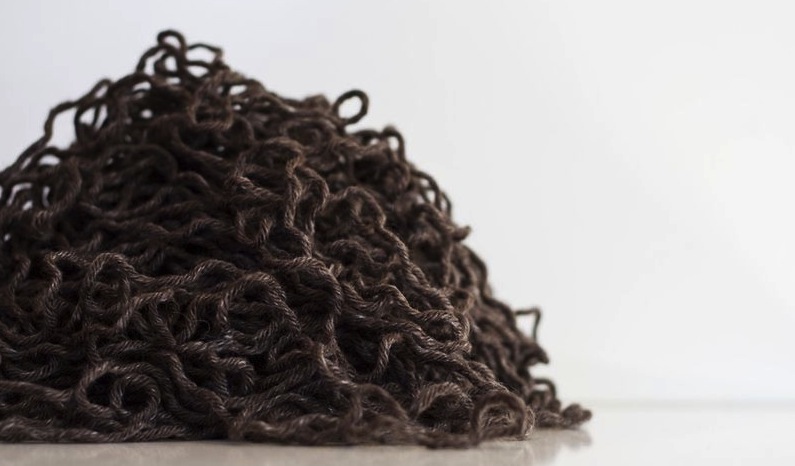 The unraveling of one’s worldview is a tricky thing. Throughout this year I have wondered where the unraveling will end. My experience often brings to mind the very first single released by Weezer called, “Undone (The Sweater Song).”

Am I going to find myself completely undone? Lying on the floor, just a pile of thread?

This song may have originally been about depression, but it speaks to me about the unraveling of stories that have come to define my existence. Stories do heavy lifting in our lives. In fact, it’s the way we make sense of everyday experiences, and it’s why some experiences seem so extraordinary. Stories—or, more properly, narratives—are the way we construct meaning. We make sense of our lives by fitting our experiences into the story our culture or sub-culture has constructed to explain reality. These stories give our lives a sense of trajectory and they also shape our biases. When a particular experience doesn’t fit into our narrative, our common response is to dismiss it out of hand. Experience enough of these moments that you don’t know where to file in your mind and we start to question the story itself. If your narrative doesn’t adequately account for your everyday experiences it is time for a different story.

My favorite example of this is the way our North American culture has almost completely abandoned its American Dream narrative. First of all, this narrative has never really worked for some people. The American Dream was by and large a white, middle class, male dream. Women, people of color, native peoples, and the poor were often left behind. Our love of a good immigrant-arrives-with-nothing-and-makes-it-big story belies the fact that these are the exceptions, rather than the rule. Now that our capitalist narrative has hit some major snags and members of the former middle class are experiencing serious pain, our culture is beginning to question whether the American Dream was ever a reality in the broadest sense.

When our narratives hit a road bump we experience what psychologists call cognitive dissonance. If this dissonance becomes severe enough and it can produce a paradigm shift. When historically useful narratives begin to wear thin and our mental frameworks that adequately structured our lives fail to account for more and more of our every day experiences, paradigms begin to shift. We begin deconstructing old narratives. And when you begin to do that, there is no telling where it will stop.

Perhaps a person reaches a point where their cognitive dissonance reaches a new manageable level and they settle in with a new narrative. For example, a formerly fundamentalist Christian might encounter more and more LGBTQ people in his everyday life. As he get to know these formerly mysterious people, the goodness of their lives and the similarities of their hopes and dreams to his own makes him question his fundamentalist Christian belief system. Perhaps he explains the Bible in more and more creative ways or relativizes the role of the Bible altogether. He might eventually find a new degree of comfort in a liberal Episcopalian Church that accepts and includes all people, including LGBTQ people.

But for some people the rabbit hole keeps going down and down. In my case, my narratives about the world came unraveled in a very particular way. I slowly moved from fundamentalist Christian to liberal Christian, almost exactly as described above, all while working as a pastor in a still very fundamentalist denomination. For a long time that worked out for me. What others could not always see (and sometimes I was unaware of, as well), is that my worldview was unraveling within the stable shell of the church. When my convictions and my beliefs about the world could no longer fit within the church I was free to explore questions that I had formerly shelved.

I was also unaware of how badly damaged my narrative about humanity was. I sustained my liberal religious beliefs by a firm conviction about the goodness of humanity. In many ways, this is what liberal Christianity is. It replaces faith in God with faith in people, while still speaking of God in a symbolic way. But the more I experienced conflict zones around the world, the more I saw impoverished communities that would make the poorest neighborhood in the United States look like a comfortable suburb, the more I listened to stories of profound loss and evil that causes those losses, I began to lose hope in people, too. Not only have I questioned the existence of a God who has a good plan for the world that he is bringing to completion, I have also questioned the goodness of humanity. I have become more realistic (some would say cynical, I suppose) about the possibilities of social change. Or perhaps I’m just tired of trying of move the world with the tiny lever I have been given.

Some might see this progression as typical of the nihilism they are convinced always follows a loss of faith. But let’s be honest. While I think Christians are far too hasty in labeling atheists as nihilists, some atheist are reluctant to admit that the loss of the Christian narrative can produce in a person a deep sense of hopelessness. Perhaps the more convinced you were that “everything will work out in the end,” the more devastating the realization that it probably won’t. The longer a person takes to deal with this realization the more they adjust to the reality that the only difference any of us can really make is in the sphere of our own lives. We can create the most meaningful life possible with the resources we’ve been given. This is enough. But it doesn’t always feel like enough, especially at first.

The other day I read this great quote by Teilhard de Chardin. My brief research did not turn up an exact reference for the quote, but it appears he wrote or said this in 1934. If you know anything about Teilhard de Chardin you will know that he was a Jesuit priest who was also a brilliant philosopher, geologist and paleontologist. Naturally many of his ideas will seem outlandish to people today, especially as he worked under the thumb of the Catholic Church that would never let him say publically what he really thought. What impresses me most about de Chardin was his ability to keep his hope alive. Here is the statement that caught my attention.

“If by consequence of some internal upheaval, I came to lose successively my faith in Christ, my faith in a personal God, my faith in the Spirit, it seems to me that I should continue to believe in the World. The World (the value, the infallibility and the goodness of the World), such in the final analysis is the first and the only thing in which I believe. It is by this faith that I live, and it is to this faith, I feel, that at the moment of dying I shall above all doubts, abandon myself.”

I’m nine months into this formal Year Without God journey. I’ve had all the emotions ranging from despair and depression to joy and relief. I was drawn to this statement at first because I agreed with it. It perfectly reflects my own loss of faith. But after reading it a few more times I realized that there is an aspect to this that is still aspirational to me. He writes that after losing his faith in God and the Spirit, “…it seems to me that I should continue to believe in the World.” I take that by World he means people, culture, communities and our collective ability to be and do good.

At the end of the day, that is all any of us can do. It is all we actually have. Even if you believe in God, Christ and the Spirit, when you open your eyes in the morning, put your feet on the floor, and greet the new day, all you have at your disposal is yourself and the people who are connected to you. In short, the World.

I don’t want to lose faith in the World, but sometimes it is very tempting. When I peer into the world of political punditry for a brief moment, or experience the suffering of my neighbors, when I think about where we are with climate change and the complete unwillingness of the world’s leaders to do anything about it. When I read and hear about the wars and genocides, rapes and murders that happen with alarming frequency, or when I experience the hostility that rises up in my own heart toward other people who get in my way and impede my progress through the day, I’m dangerously close to despair.

In the final analysis, I stand with Teilhard de Chardin—“It is by this faith that I live, and it is to this faith, I feel, that at the moment of dying I shall above all doubts, abandon myself.” But it isn’t easy. 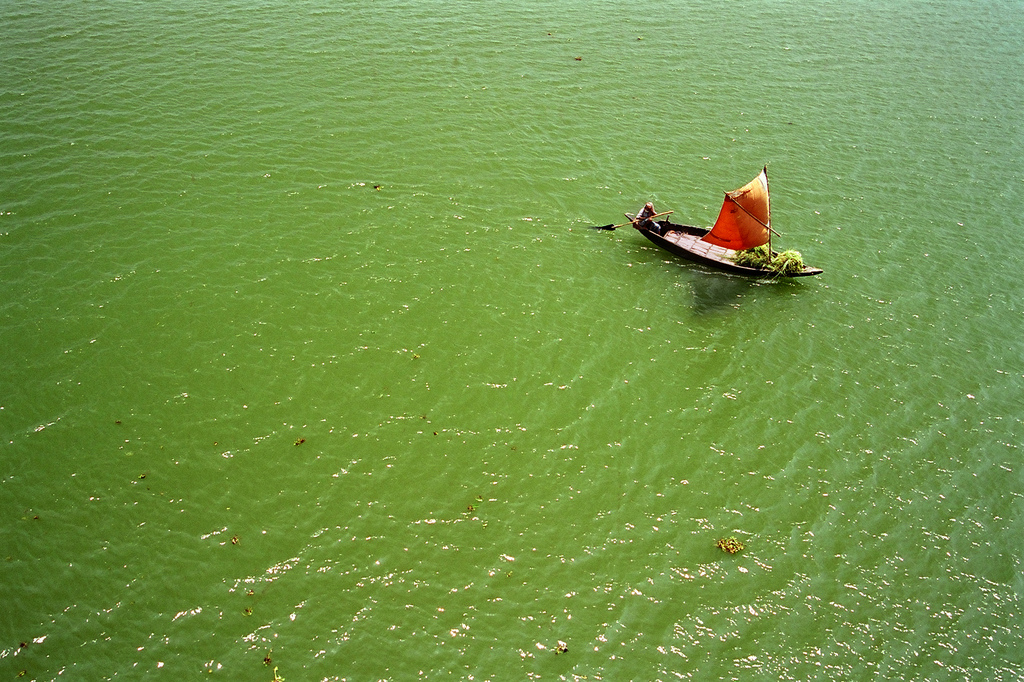