In my last post I gave a quick update, 10+ months into my Year Without God, but I saved some of the most important updates for another post because I didn’t want them to get lost in the news. They have to do with my most important relationships.

The essential reality of my life in the past year is that I remain a father, partner and friend to the most precious people. They have impacted me profoundly and this journey has impacted them.

You may know from reading other posts here or following me on Facebook, that I am the proud father of two girls, Zoe (14) and Sophie (11). The tumultuous transition I have been through in the past two years has impacted them in ways I desperately wish I could have protected them from. They watched me be rejected by the church that I served their entire lives. They witnessed the people they trusted negate all that I had been teaching them. I’ll never forget the day Zoe stood up in a congregational meeting, after I had resigned, and addressed my former boss saying, “I’ve been hearing all these years from my dad that God loves and accepts everyone. Today I’m hearing that isn’t true.” That’s all she could get out through the tears. Those were painful days. 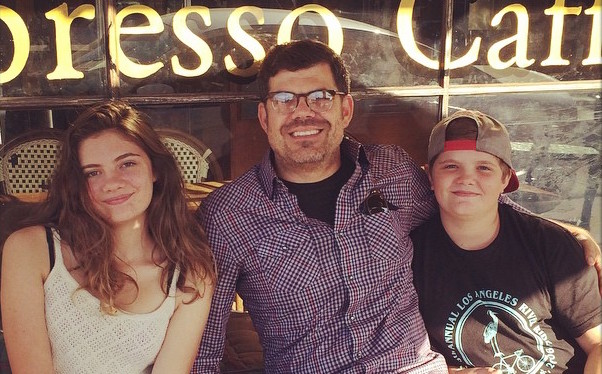 They’ve experienced their parents’ divorce. Then they went through my more-public-than-originally-intended leap into the unknown world beyond my faith. Just yesterday Sophie said to me, stifling tears, “After this year I don’t want you to be an atheist anymore.” It’s another divorce and she’s had way more than enough of that. I was speechless. I mumbled something lame about just wanting to know what is true and follow that.

All this is more than any two young kids should have to experience, let alone in the space of one year. I’m so proud of them! I’m also anxious about their future, the way any parent would be. I would literally do anything to ensure their safety and success in life, much of which is frustratingly outside my control. 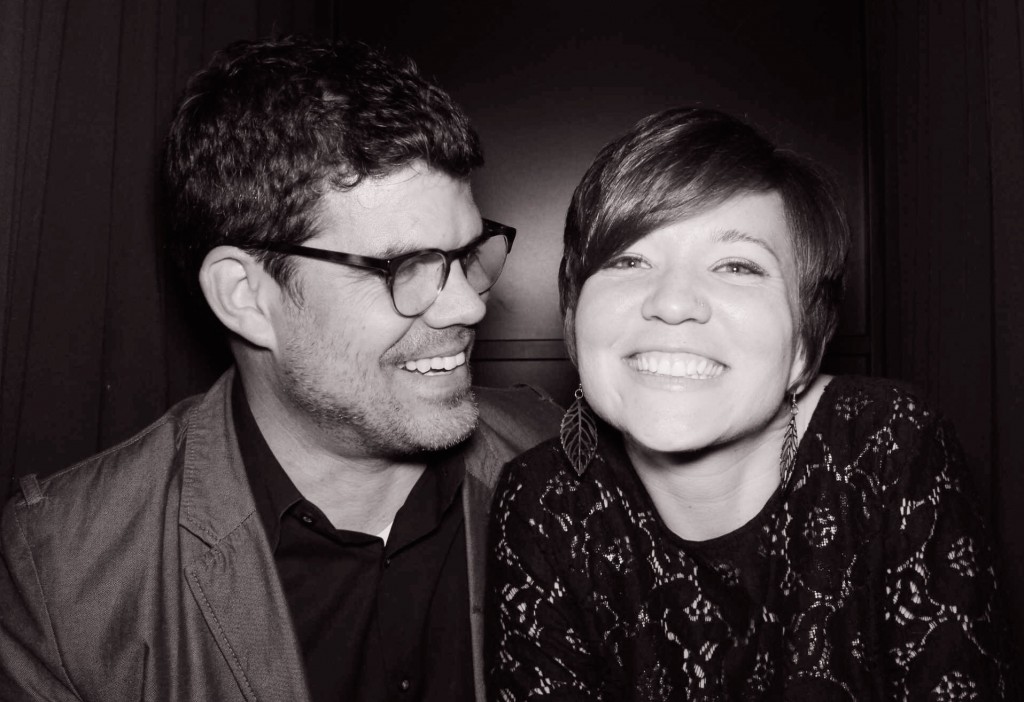 As if there weren’t enough surprises in my life, I also had the amazing fortune to meet a young woman named Rebecca in the early days of January. We’d known of each other casually for a few years, but never really got past, “Hey, how are you?” Shortly after I announced that I’d be spending 2014 without God, she messaged me to say she was impressed with what I was doing and was supportive. Though I didn’t know her well, it meant a lot to me, especially since she is a Christian. We’d made lame attempts to get coffee and talk about mutual interests—economic justice, ending human trafficking—but it never worked out. My new journey, and the end of my teaching assignment at the university we both worked at, was enough to have that first meet up. We hit it off and just never stopped hanging out, casually at first, but then more seriously; we fell in love somewhere along the way. We have both been surprised and challenged by this relationship.

It is no exaggeration to say that no one has been a more important companion on this journey than Rebecca. I can’t even imagine going through this year without her counsel and encouragement. I’m hesitant to describe her faith but it’s important, so here’s the best way I can say it. Rebecca is a Christian without apology. Her Christianity, as the name should imply, is rooted in the person of Jesus and the way his story is told in the gospels. Jesus was a lover of the poor and outcast, a friend of losers and nobodies, with a vision that people could live a more full and free life in what he called the kingdom of God—a new, radially egalitarian social and political community. That describes Rebecca and her life’s focus as well.

Rebecca has also been my editor. She has read all my writing and keeps me honest. She saves me from making broad, sweeping generalizations that would wrongly depict her and our other Christian friends. She never tries to censor me, but makes sure I really mean what I’m about to say. I almost always push back and I know she has grown, too. I think it’s fair to say that, to Rebecca, the question of God’s existence is not nearly as important as the community that forms in the way of Jesus. The ethical expression of her faith and the vision of a future of peace and justice for all people, is what animates her. I have deep respect for her faith. I don’t share it at the moment, but I respect it. It was the sort of faith I tried to have for so long. I don’t know if her faith will endure through the years. It really doesn’t matter that much to me. She is a good person, channeling her faith into the work she believes in and that’s what matters.

For example, she is passionately committed to economic justice. She has been a key part of a movement for Fair Trade Towns in the Los Angeles area. She has gone door-to-door, visiting business owners, asking them to carry fair trade products—coffee, chocolate, bags, and other items. She personally refuses to drink coffee or eat chocolate that is not fair trade, and encourages all of us, her friends, to do the same. This is easy to admire until you really want to order the chocolate dessert or grab a quick Starbucks. More than anyone ever has, she encourages me to live with integrity, putting my money where my mouth is.

Rebecca has recently moved to Antwerp, Belgium, to work for a minimum of a year with an organization called Oasis, which is walking with women who are exiting the sex industry, helping them build a new life outside the bondage of slavery. Most sex-workers around the world are not in that line of work because they love it so much (this is a male fantasy). Most lack economic opportunity or were forced into it against their will. According to a 2012 International Labour Organization report, at least 20.9 million adults and children are bought and sold worldwide into commercial sexual servitude, forced labor and bonded labor and almost 6 in 10 identified trafficking survivors were trafficked for sexual exploitation (United Nations Office on Drugs and Crime, Global Report on Trafficking in Persons, 2012). If that weren’t bad enough, about 2 million children are exploited every year in the global commercial sex trade (UNICEF, Children Out of Sight, Out of Mind, Out of Reach; Abused and Neglected, Millions of Children Have Become Virtually Invisible, Dec. 2005).

So, in October…just about one month ago, Rebecca uprooted from her comfortable life in Southern California to join an amazing team of people working with women who were formerly in the sex industry, helping them find their own pathway to healing and a better life. You can contribute to Rebecca and her work with Oasis by clicking here.

There have also been a small group of loyal friends who have stood by me through these painful transitions. These are people who understand that life is messy and people make mistakes. They catch you when you’re falling and help you land on your feet. They point you toward the goal again and insist that you not give up. You know who you are. You have been my lifeline this year!

So, besides working, writing and speaking, the main thing I’ve been doing is being a dad, a partner and a friend to the important people in my life. If, in the end, that is all I’m known for I will be content.

November 18, 2014 "I love to be ridiculed...
Recent Comments
0 | Leave a Comment
"The reason why you no longer believe in God, is not by your experience along ..."
25 Two Years Without God
"I did read about the bloggers a couple of years back. It was sad. At ..."
RichardfromEngland Being an atheist in Bangladesh
"The Bangladeshi constitution is you're guide, since Bangladesh was founded a republic and not an ..."
RichardfromEngland Being an atheist in Bangladesh
"No sex, no motorcycles, no competition as to whose bike is better, no women, there ..."
Josmar The empty promise of eternal life
Browse Our Archives
Follow Us! 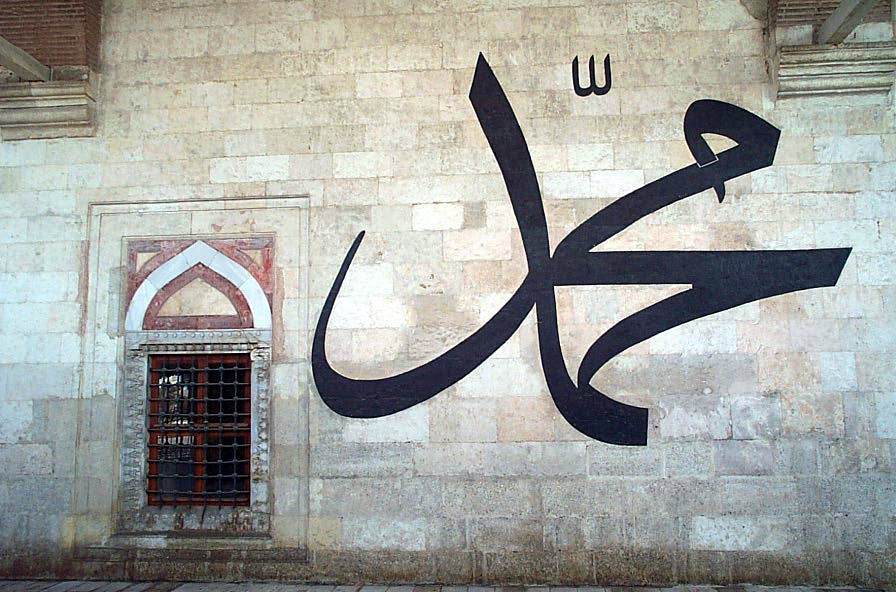 Nonreligious
"Mommy, can I draw Muhammad?"
Year Without God
TRENDING AT PATHEOS Nonreligious