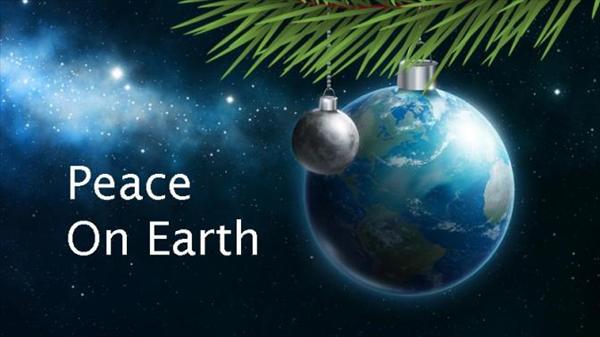 Not from alcohol. I barely had one glass of wine last night. I’m hung over from Christmas. So much goodness. So much love and sharing and positive feelings. So much wrapping paper and food and people.

I’m hung over from people, so I’m hiding in an upstairs bedroom writing. Detoxing. Good things in excess can be toxic as well as wonderful. Like wine. And people. And the best people in our lives know when we need this balance.

God or no God, Christmas is wonderful. I’m with Tim Minchin on this one. “I really like Christmas. It’s sentimental, I know. But I just really like it!” (1)

I don’t love the crowds or the traffic or the way money slips through my checking account. I do love buying gifts for people I love, but something about the pressure of it also diminishes the joy a bit for me. But I still really like it.

Because I have been a pastor all my life Christmas has been intimately tied to religion and spirituality. I was a little concerned that this fact would diminish my enjoyment of Christmas this year, but it didn’t. It’s probably been a decade since I was convinced about the virgin birth or the historicity of the birth narratives more generally. In fact, Mark doesn’t even have a birth narrative, suggesting that it was invented later to tie the story together.

In the last 10 years of my pastoral ministry I actually de-emphasized Christmas and emphasized the liturgical season of Advent as a time of longing, promise and hope. In the Christian tradition, Advent is a four-week period of time leading up to Christmas. For me it was a way to correct for the general commercialization of Christmas and direct people’s attention to something more substantial than fleeting material possessions. Longing for goodness and hope for a better future is a powerful and life giving way to stand in relation to the world. I still feel this way.

The Christmas story has, for centuries, provided a powerful counter narrative to our virtually unexamined capitalism and nationalism. I would argue that it still can. Before I say more about that, however, I do want to acknowledge that for many, the Biblical stories will have no redeeming value. The time I have spent listening to atheists of various types this year has helped me understand, beyond my own personal experience, how abused people have been by the Bible. I don’t blame anyone who had decided to put the Bible down and never pick it up again. Fair enough! But for many who have grown up with a positive relationship to some of the stories, the stories themselves can be powerful without needing to correspond to actual events.

Take for example the story of the massacre of the innocents, found in Matthew 2:16-18. This story almost certainly has no basis in history. There is no extant record of there ever having been such a massacre. But nevermind. Imagine, if you will, that a child has been born in a faraway land, in a long forgotten linage of kings. This news threatens the reigning monarch and to protect his political power he orders the murder all the male children under the age of two. But messengers from the East—most certainly not from the same people group as the child king or the paranoid ruler—warn the family and they narrowly escape as refugees to a foreign country. Now this promised child is a homeless refugee. For starters, this is not the sweet scene of Jesus’ birth that you might find on a greeting card. This is a story about hope that can cause even the world’s most powerful despots to tremble. It is power from below—the weak power of people with a dream. We see this power at work any time people stand in opposition to dehumanizing regimes.

Also consider the eloquent humanist message of the angels who announced to a group of peasants that a new reign of peace was just around the corner, saying, “Peace on earth and goodwill toward all people.” Read literally, these texts contain a disturbing ethnocentrism and exclusivity, mirroring some of the same violent tendencies that they are resisting. But read more broadly they are stories of downtrodden people envisioning through story, poetry, and song, a time when people will be treated equally.

So for me, whether or not Jesus was a real historical person*, the legends about his birth and the counterintuitive announcement of peace and human flourishing make Christmas a beautiful humanist holiday.

Peace on earth and goodwill toward all people.

The story of Christmas, though articulated in ethically specific ways, was already subverting that ethnic specificity. Christmas is known as a Christian story but it’s poetry is decidedly Jewish. This same subversive germ can help our generation further broaden the message—Peace on earth; goodwill toward all living things! If Christians can take a Jewish story and broaden it to include gentiles, I see no reason why post-Christians cannot take this same story and further adapt it to include everyone for whom that story has any meaning at all. This is especially true since Christmas has made its way into Western culture as a secular holiday anyway.

To me, this approach to Christmas is a much more subversive and I think effective, strategy to counter Christian hegemony. Rather than mounting a frontal attack on Christmas, why not take one seed from the original story and use that to claim Christmas for all of us. We never really cut from whole cloth a brand new tradition. Cultures are always adapting and repurposing artifacts from the past and incorporating elements from others cultures to create new, more relevant expressions of our human longings.

So, in addition to liking Christmas for sentimental reasons, there is a subversive counter narrative still alive in the story that can help us imagine new and better ways to be human.

December 22, 2014
A year-long conversation with Kurt Streeter
Next Post