A God in the Dirt [Andrew Arndt]

The following is a guest post by Andrew Arndt for The Antioch Session.

One of the first places we meet the God revealed in Scripture is in a garden. The writer of Genesis records, in an anthropomorphism sure to awaken scorn from the philosopher or religious historian,

“Then the man and his wife heard the sound of the Lord God as he was walking in the garden in the cool of the day” (Gen 3:8).

God, the Cosmos-Shaper, the High and Holy and All-Powerful Creator of Heaven and Earth, is also God, the Garden-Walker.

We are confronted at once in Scripture with the notion that He who is transcendent and other is also He who is near and familiar… and startlingly, involved. The Hebrew writers and prophets and poets understood this at the deepest possible level. Yes, the heavens, even the highest heavens, could not contain their God, and yet He was present and active among them as a Father with his children. “I will be your God and you will be my people” was the refrain that rang out at the heart of Israel’s worshipping life. This God was mixed up in all of life, present in all of life, which meant that all of life was implicated by his nearness. How we eat, how we drink, how we relate to the dirt under our feet and the walking clumps of God-breathed-dirt who live with us and next door to us… because this God dared to inhabit time and place with us, all of life was seen with eyes healed by his presence.

This God has dirt under his fingernails.

And, as if to seal the deal on this, the Gospel writers make the altogether unexpected and metaphysically outrageous claim that this God, who was already always present in the dirt, took our dusty frame and united it to himself, making our physical nature a permanent possession of his, dignifying it with glory unspeakable. “The Word” one of Jesus’ friends writes, “became flesh, and made his dwelling among us. We have seen his glory–glory as of the Only-begotten of the Father, full of grace and truth” (John 1:14).

This God doesn’t just have dirt under his fingernails, he has united himself to the dirt. [Tweet This]

As a pastor, it is my conviction that while most of us certainly believe this dogmatically, we have not come to a practical grasp of it, for the pervasive habit of our minds is to treat the warp and woof of our lives as a sort of Ichabod–glory-less, God-forsaken wastelands.  There are moments, to be sure, where we experience something of God–in the sacraments, while listening to stirring music, while in nature, etc–and most of us rest assured that we will meet God upon our death (that is, that at least death will be a place of communion) or when the crap hits the fan.. but the sad reality for most of us is that our lives are left untouched by the conviction that communion with God may be known in the dirt.

And our lives are the poorer for it.

If I were called upon to state in a few words the essence of everything I was trying to say both as a novelist and as a preacher, it would be something like this: Listen to your life. See it for the fathomless mystery that it is. In the boredom and pain of it no less than in the excitement and gladness: touch, taste, smell your way to the holy and hidden heart of it because in the last analysis all moments are key moments, and life itself is grace. (From Listening To Your Life)

What if Christ is calling us not out of our lives but into our lives as the places of presence, encounter, meaning?  Paul wrote in Philippians 1 that “To live is Christ.” I am afraid that we’ve so kitschified that verse that we fail to appreciate it’s power. Paul is contemplating the possibility of his own death, which for him will be an escape from his life, and yet in the middle of it he affirms that even while he certainly does desire to “depart and be with Christ, which is better by far”, what he knows of the God revealed in the Incarnate One is a God cannot resist making his dwelling NOT ONLY on the far side of death BUT ALSO AND PERHAPS MORE IMPORTANTLY on the NEAR side of death–this life!  So that for Paul to live, to really live in his life… this is Christ.

God has dirt under his fingernails.  Our dirt.  The substance of our lives in all of their strangeness and boredom and disconnectedness is the material out of which God is fashioning a habitation where his own unique glory may be revealed.

A few years back I decided to take a 24 hour solitude retreat. I jumped in my car in the early morning and drove up to a lovely little retreat center about an hour from my house. It was the first time in all of my years of following Jesus that I had done such a thing, and I was excited to begin. No phone ringing, no emails, no kids crying and screaming, no taking out the trash, no distractions. Just me and God.

The retreat started out well enough. I prayed for awhile. Then I journaled. Then I went for a walk to take in the beauty of the Creation. I even walked a prayer labyrinth (I am sure I did it wrong). After all of that I went back to my little room.

To my great surprise (and dismay), only a couple hours had passed.

Mind you, for years I had formed a self-understanding around the idea that I was really a monastic sort of fella who just so happened to have a mountain of responsibilities that kept me from pursuing this, the deepest of my callings. I had looked forward to this retreat for quite some time. For here, at last, my true nature would find its home.

And after a few hours, I was bored… and quite to my shock – homesick.

I decided to go back to my room and sit with that feeling for awhile, feeling somewhat guilty that I was not totally dialed into the experience. After sitting with it for some time, suddenly a feeling washed over me–a feeling that my homesickness was actually an indication of the way in which my monastic side was meant to be really lived out. I opened my journal and wrote:

It is my belief and desire that holiness should be attained in the tumble of the ordinary. That the real arena of my sanctification is with Mandi and Bella, Ethan, Gabe and Liam. That godliness is forged in blessing and cleaning up meals, and in changing diapers with joy and in hugging my friends and saying hello to neighbors.

I believe that deep union, an emptying of the soul into God is possible, not just in the cloister but also and perhaps especially in the home and marketplace. In the familiar sights, sounds, smells, and routines, a radical glory can be made manifest.

That is still and will always be my conviction. We do not need to go somewhere else to attain God. We do not need to radically change our situation. It is all there for us. God is all there for us–right where we are. It is this insight that allowed Paul, writing to a group of people wrestling with whether a change in their station in life would allow them to draw closer to God, to say,

Only let each person live the life the Lord has assigned to him and to which God has called him. This is my rule in all the churches (1 Cor 7:17).

I wish I could help every person, certainly every follower of Christ, see this. Too many of us are blind to the hidden glory of the lives that God has carved out for us. We fail to glimpse the ways in which Christ is calling us not at the boundaries or at the fringes of our lives out of our lives but at the very center of our lives, into a unique communion with him manifested as love and service to others… right smack in the middle of all the sin-stained, wonderful, regret-filled, hilarious mess. He is there. He is there. He is there… working out his salvation through it all.

Writing from prison for his involvement in a plot to overthrow Hitler, Dietrich Bonhoeffer said:

“It always seems to me that we are trying anxiously to reserve some space for God; I should like to speak of God not on the boundaries but at the centre…God is beyond in the midst of our life” (Letters and Papers from Prison, 282).

The Transcendent One, for Bonhoeffer, makes his transcendence manifest in the substance of human life, not the fringes. That is where his “Wholly Other”-ness is tasted and known, and where our lives are dignified beyond all reckoning.

God has dirt under his fingernails. Our dirt. May we learn to love him and live with him in the dirt.

Andrew Arndt is the Lead Pastor of Bloom Church, a liturgical, sacramental community of house churches in Denver, Colorado, where he lives with his wife Mandi and four kids, Ethan, Gabe, Isabella and Liam. After completing his B. S. in Business Management from Oral Roberts University, Andrew earned his M. Div. in 2006 from Trinity Evangelical Divinity School in Deerfield, Illinois. He loves the outdoors, loves good theology, and blogs occasionally at andrewarndt.wordpress.com.

September 19, 2014
Of Monsters and Mars: How Brian Zahnd is Saving Evangelical Faith (A Review)
Next Post

October 6, 2014 On Focus and Freedom: A Traditional Church Embarks on the Missional Journey [KrisAnne Swartley]
Recent Comments
0 | Leave a Comment
Browse Our Archives
Related posts from Zach Hoag Is Uncategorized 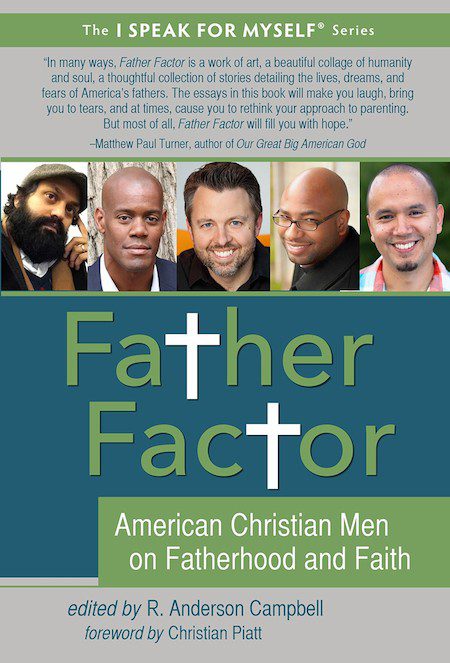 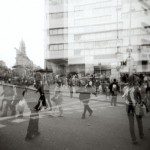