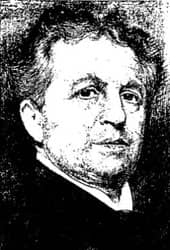 Abraham Kuyper's life began in the small Dutch village of Maassluis on October 29, 1837. During his first pastorate, he developed a deep devotion to Jesus Christ, spurring him to a deep commitment to Calvinist principles, which profoundly influenced his later careers. He labored tirelessly, publishing two newspapers, leading a reform movement out of the state church, founding the Free University of Amsterdam, and serving as Prime Minister of the Netherlands. He died on November 8, 1920, after relentlessly endeavoring to integrate his faith and life; truly, his emphasis on worldview formation has had a transforming influence upon evangelicalism, through the diaspora of the Dutch Reformed churches.

In the mid-nineteenth century Dutch political arena, the increasing sympathy for the "No God, no master!" dictum of the French Revolution greatly concerned Kuyper. To desire freedom from an oppressive government or a heretical religion was one thing, but to eradicate religion from politics as spheres of mutual influence was, for Kuyper, unthinkable. Because man is sinful, he reasoned, a state that derives its power from men cannot avoid the vices of fallen human impulses. True limited government flourishes best when people recognize their sinful condition and acknowledge God's divine authority. In Kuyper's words, "The sovereignty of the state as the power that protects the individual and that defines the mutual relationships among the visible spheres, rises high above them by its right to command and compel.

But within these spheres ... another authority rules, an authority that descends directly from God apart from the state. This authority the state does not confer but acknowledges."