Secular Activism and Community in America

By Richard Cimino and Christopher Smith

Surveys over the last twenty years have seen an ever-growing number of Americans disclaim religious affiliations and instead check the "none" box. In the first sociological exploration of organized secularism in America, Richard Cimino and Christopher Smith show how one segment of these "nones" have created a new, cohesive atheist identity through activism and the creation of communities.

According to Cimino and Smith, the new upsurge of atheists is a reaction to the revival of religious fervor in American politics since 1980. Feeling overlooked and underrepresented in the public sphere, atheists have employed a wide variety of strategies-some evangelical, some based on identity politics-to defend and assert themselves against their ideological opponents. These strategies include building and maintaining communities, despite the absence of the kinds of shared rituals, texts, and laws that help to sustain organized religions.

Drawing on in-depth interviews with self-identified atheist, secularist, and humanist leaders and activists, as well as extensive observations and analysis of secular gatherings and media, Cimino and Smith illustrate how atheists organize and align themselves toward common goals, and how media-particularly web-based media-have proven invaluable in connecting atheists to one another and in creating a powerful virtual community. Cimino and Smith suggest that secularists rely not only on the Internet for community-building, but on their own new forms of ritual.

This groundbreaking study will be essential reading for anyone seeking to understand the growing atheist movement in America. 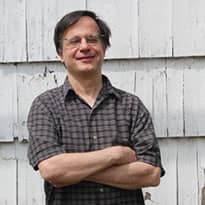 Richard Cimino is founding editor of Religion Watch, a monthly publication reporting on trends and research in contemporary religion. He currently teaches sociology at the University of Richmond in Virginia and is the author of several books on religion, including The Most Scientific Religion, Trusting the Spirit, and co-author of Shopping for Faith.

Christopher Smith is an independent researcher. His areas of interest include secularism and social theory. He holds an M.A. in Sociology from the New School for Social Research.