My Peace I Give You: About the Book & Author

Dawn Eden, internationally known speaker and author of the bestselling The Thrill of the Chaste, shows how the lives of the saints have given her hope and aided her journey of spiritual healing after childhood sexual abuse. One in four American women and one in six American men report having been sexually abused during childhood andMy Peace I Give You: Healing Sexual Wounds with the Help of the Saints provides a much-needed resource for spiritual healing from the isolating effects of these wounds.

Eden uses her own story as a backdrop to introduce numerous holy people--like Laura Vicuña, Thomas Aquinas and Bernard of Clairvaux--who suffered sexual abuse or sexual inappropriateness, as well as saints such as Ignatius of Loyola who suffered other forms of mistreatment and abandonment. Readers seeking wholeness will discover saints with wounds like their own, whose stories bear witness to the transforming power of grace. Eden explores different dimensions of divine love-sheltering, compassionate, purifying, etc.-to help those sexually wounded in childhood understand their identity in the abiding love of Christ. 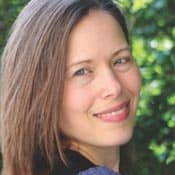 Dawn Eden is the bestselling author of The Thrill of the Chaste: Finding Fulfillment While Keeping Your Clothes On, which is in its eleventh printing and has been translated into Spanish, Polish, and Chinese. Although born into a Jewish family in New York City, she lost her faith as a teenager and became an agnostic. During her twenties, in the 1990s, she worked as a rock journalist, interviewing bands for magazines and appearing as a music expert on TV's FX Network. Eden went on to work for New York City newspapers, including the New York Post and the Daily News.

At age thirty-one, she experienced a dramatic conversion to Christianity that eventually led her to enter the Catholic Church. Currently living in Washington, DC, Eden received a master's degree in theology from the Dominican House of Studies in 2010 and is studying toward a doctorate. She has spoken about chastity and conversion to thousands of college students and young adults throughout North America and abroad.