One day I had a discussion with a young man regarding faith and belief in the various philosophies and religions that exist in the world. He brought up many different ideas and concepts that had been revealed to him in a DVD he had recently acquired and was very excited to share them.

I told him I would be very interested in viewing what he had seen, but he said that one of his “Christian” family members took it from him and destroyed it because it was against the Bible. I began to discuss some of my beliefs and why I chose to follow my particular path. His response was that the things (non-Biblical) that he had been exposed to sounded very plausible and he was developing a belief in them. I asked further as to his reasoning, and he said, “I think that these teachings are more believable and more reasonable than believing in Jesus, and the God of the Bible.

As the conversation continued, I asked, “What is it about these teachings that is more reasonable than believing in God, Jesus, and the Bible?” His answer was quite revealing when he said, “Everyone that has ever talked to me about God and Christianity has been judgmental, telling me that I am a bad person for not believing. They tell me my actions and lifestyle are going to send me to Hell, and I have to be saved. These other teachings do not judge me like that. That is why they are more believable. Besides that, I have experienced a lot of bad things in life and how could a loving God let them happen to me?”

Rather than answer his question directly, I responded with these questions, “What do you actually know about God for yourself? Have you ever read or studied anything about the God revealed in the Bible?” His response was, “No, I haven’t.” Then I responded, “You have created your attitude toward God and what the Bible says based on what others have told you. Their views are not necessarily the truth, but they may be based on their own personal prejudices and life experience.”

Then I suggested, “That is like you saying that your car is better than mine, but you don’t even know if I have a car! You are rejecting God based on a lack of knowledge of who He really is.” The conversation literally stopped when I asked, “How can you say that the teachings on your DVD are more believable than God, Jesus, and what the Bible says about them if you have no idea what is in the Bible? How can you make a true comparison and a value judgment when you have only experienced what someone else says about God?” He had no response.

This conversation demonstrates just one of the problems that this book intends to address. There is a great void of knowledge about the God of the Bible. Studying God’s Word is essential to the knowledge of who He is. A lack of understanding of what God says about himself can lead to some very confusing thoughts about how life operates. As a result, many who believe in God also believe that He is actively working against them to force them into a change of some sort. People with this perspective or mindset may blame God for many things in their lives. Thus, the subtitle of this book, GOD is NOT  Your Problem.

Examination of the basis of our belief system can be very revealing. Where did it originate? How did it develop? In what is it rooted? These are some of the questions for which it is essential to find answers. There are many ideas that we presume to be fact. What we don’t realize is that much of that fact is actually entrenched opinion.

There is a long-standing basis for making this statement. After all, for a long time, the prevailing scientific thought was that the universe revolved around the earth! Entrenched opinion in science that is incorrect usually goes away when new theories are put forth based on newly discovered facts. However, sometimes opinions linger beyond reason and the realization of new facts. These unfounded opinions can be transformed and take on a new persona, one of tradition. Then, tradition can define a belief system, which we will explore in Chapter 5, Acts of God.

These daily beliefs are based upon your own observations and experience of what you deem to be facts. However, some of your beliefs are based on your perspective of these facts. The way in which you look at something can determine what you believe about it. Your perspective is based on everything that you have learned and experienced in your life that tells you that something is true. When you accept that truth, you form a belief. A potential problem with acceptance of the truth is that you might be basing the totality of your belief on a distorted perspective of truth. In Chapter 6, Our Universe - Relative or Absolute?, we will explore this concept. 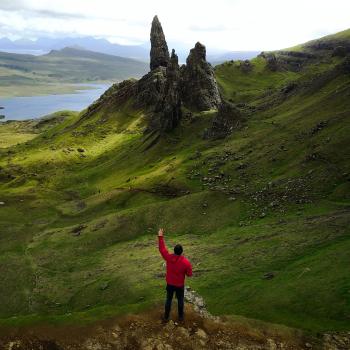 Being with Adventure
Karl Forehand
2 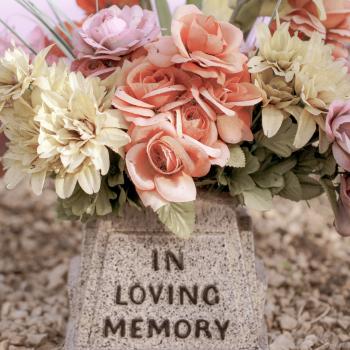 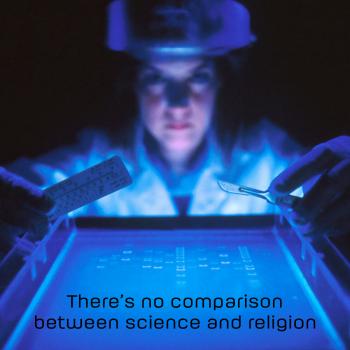 There’s no comparison between science and religion
Freedom From Religion Foundation
Get Patheos Newsletters
Get the latest from Patheos by signing up for our newsletters. Try our 3 most popular, or select from our huge collection of unique and thought-provoking newsletters.
From time to time you will also receive Special Offers from our partners that help us make this content free for you. You can opt out of these offers at any time.
see our full list of newsletters
Editor's picks See all columnists