Dr. Alexander, a renowned academic neurosurgeon, spent over three decades honing his scientific worldview. He thought he knew how the brain, mind and consciousness worked. But a transcendental near-death experience (NDE), in which he was driven to the brink of death and spent a week deep in coma from an inexplicable brain infection, changed all of that–completely.

He was shocked to find the hyper-reality of that spiritual realm, which many had reported in NDEs. He has spent the last five years reconciling his rich spiritual experience with contemporary physics and cosmology. His spiritual experience is totally consistent with the leading edges of scientific understanding today.

Together, science and spirituality will thrive in a symbiosis offering the most profound insight into fundamental truth, yielding unimaginable power. The keystone is in global progression of individual conscious awakening.

Many in both the scientific and religious (or spiritual) realms must denounce their addiction to prejudiced, divisive, dogmatic beliefs, to open our awareness to this synthesis of understanding truth. By probing deeply into our own consciousness, we transcend the limitations of the human brain, and of the physical-material realm. The spiritual realm is real. Seamless blending of science and spirituality will occur.

Proof of Heaven was published in North America Oct. 23, 2012, and is contracted for publication in over 40 other countries and languages.

Dr. Alexander’s second book, The Map of Heaven, was published in North America on Nov. 4, 2014, and is contracted for publication in over 20 other countries and over a dozen languages.

The Map of Heaven: How Science, Religion, and Ordinary People Are Proving the Afterlife

The author of the No. 1 New York Times bestseller Proof of Heaven teams up with the sages of times past, modern scientists, and with ordinary people who have had profound spiritual experiences to show the reality of heaven and our true identities as spiritual beings.

When Proof of Heaven was published, some readers contacted Dr. Eben Alexander to argue that his near death experience was impossible. But many more have written to say his story resonated with them in profound ways. Because of what these people have told him, Dr. Alexander has come to realize that sharing his story has allowed people to believe what so many in ancient times knew: there is more to life, and to the universe, than this single earthly life.

Dr. Alexander met and heard from thousands of individuals whom his story has affected. He also studied what the world’s religious traditions and its philosophers have had to say about the soul’s survival of death, and he has been deeply surprised at how often those voices from the past synch up with what he heard from people today. In The Map of Heaven, he shares some of the stories that the people have told him and links them up with what the world’s spiritual traditions have to say about the journey of the soul.

Part metaphysical detective story, part manual for living, The Map of Heaven explores humankind’s spiritual history and the birth of modern science in the seventeenth century, showing how we forgot, and are now at last remembering, who we really are and what our true destiny really is.

Proof of Heaven: A Neurosurgeon’s Case for the Afterlife

Near-death experiences (NDEs) are controversial. Thousands of people have had them, but many in the scientific community have argued that they are impossible. Dr. Eben Alexander was one of those people.

A highly trained neurosurgeon who had operated on thousands of brains in the course of his career, Dr. Alexander believed what people of faith call the “soul” is really a product of brain chemistry. NDEs, he would have explained, might feel real to the people having them, but in truth they are simply fantasies produced by brains under extreme stress.

Then came the day when Dr. Alexander’s own brain was attacked by an extremely rare illness. The part of the brain that controls thought and emotion—and in essence makes us human—shut down completely. For seven days Alexander lay in a hospital bed in a deep coma. Then, as his doctors weighed the possibility of stopping treatment, Dr. Alexander’s eyes popped open. He had come back.

Dr. Alexander’s recovery is by all accounts a medical miracle. But the real miracle of his story lies elsewhere. While his body layed in coma, Dr. Alexander journeyed beyond this world and encountered an angelic being who guided him into the deepest realms of super-physical existence. There he met, and spoke with, the Divine source of the universe itself. 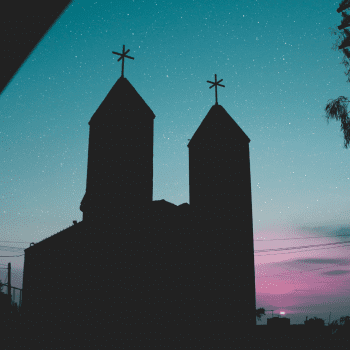 The Cost of Coverup: Our Silence Is Drowning Out What We Say
John D Gee
2 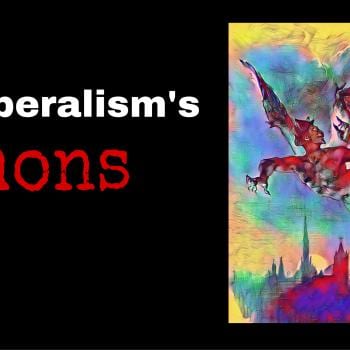 What is the Difference Between Solitude and Being Alone?
Vance Morgan
Get Patheos Newsletters
Get the latest from Patheos by signing up for our newsletters. Try our 3 most popular, or select from our huge collection of unique and thought-provoking newsletters.
From time to time you will also receive Special Offers from our partners that help us make this content free for you. You can opt out of these offers at any time.
see our full list of newsletters
Editor's picks See all columnists