Henri Nouwen has been one of our age's most popular and provocative spiritual writers. His work often tops lists of "best Christian books" and "must-reads," and with good reason. He has contributed to the spiritual formation of millions of Catholics, Evangelicals, and Progressive Christians, and his books line our shelves. Which is our favorite? Life of the Beloved, surely. No, no, wait, it's The Way of the Heart. Oh, but then there's The Return of the Prodigal Son, a classic. And so it goes. When he died in 1996, the stream of Nouwen wisdom dried up.

But did it? Now we know that Henri, a prolific letter writer, received over 16,000 letters in his lifetime, and responded to each of them. His archives are a treasury of Nouwen's personal wit and wisdom, previously unpublished. Now we can access these letters in Love, Henri: Letters on the Spiritual Life, with a Foreword by Brené Brown.

Patheos had the privilege to explore the behind-the-scenes work and discovery process with Nouwen's archivist, Gabrielle Earnshaw, who shares with us the extraordinary insights and transforming power she encountered as she worked with Nouwen's letters. Here are some of the major themes, the small graces, and the powerful counsel that she found.

Tell us how you became Henri's official archivist. What a tremendous opportunity and overwhelming responsibility! Did you know him personally?

I was a blank slate when I was hired to be Henri Nouwen's archivist. I had never met him and didn't know who he was! This may be shocking to some, but archivists are trained to work with records of all kinds -- before Henri I had been an archivist for a shipbuilding company. However, sixteen years later, I can admit to something an archivist should never do -- I fell in love with my subject. Henri and I were an immediate "fit." I have always been a person on a search for meaning. Although I was raised in a secular household, at a young age I found my own way to a United Church in my neighborhood. As a child, I knew there was something sacred co-existing with the mundane, even if I had no language for it. The Church held space for that. So, while I never knew Henri, we have a similar curiosity and need to seek God's presence in our lives. We seem to ask the same questions, which is a good basis for friendship! I think of my time with Henri's archives as a privilege. It is humbling to think I could help further his ministry in some way.

Henri's last words are an expression of deep gratitude. How did you see this spirit permeate his correspondence? For what, for whom is consistently Henri grateful?

Yes, after Henri suffered a heart attack and was in the hospital his friend Nathan visited him. According to Nathan, Henri said: "I am not sure if I am going to die or not, but if I do, please tell everyone I am so grateful." He had come to the insight that to be deeply grateful -- for the good and the bad -- is a fruit of the spiritual life. His letters encourage people to be grateful for all of their lives, not just parts of it. One aspect of Henri's spirituality is a deep faith in the power of suffering to transform and liberate people. This is not to say that he wanted people to suffer, of course not! But, he asked people to look at their lives as a totality and to be grateful for all of it. He often referred to this as living under the blessing. In a 1991 letter to his friend Jutta he wrote: "For us, the greatest temptation is to lose touch with the Blessing. We are the Beloved Sons and Daughters of God. When we live our suffering under the blessing even the greatest pain, yes even death, will lead us deeper into the forgiving and life giving heart of God."

Gratitude is possible when you know you are loved. Henri was a man in search of God's love. He came to the conclusion, after much personal suffering, that unlike human love, God's love is unconditional. When he fully claimed this as the Truth of his life he could be more and more grateful. He wasn't always able to live under the blessing, but when he did he became a messenger of hope for others.

You've arranged the letters chronologically, from late 1973 to just a few weeks prior to Henri's death. Are there major themes, words of encouragement or counsel, warnings, or other spiritual "refrains" that a reader should look for?

Yes! I think there may be more than thirty themes in the letters. To catch them all, it is important to read these letters slowly. I suspect most people will tear through them the first time, but go back and read each one again. You might be surprised at what you missed. Keep your eyes open for the many ways Henri takes a familiar concept or word, and revitalizes it with new meaning. 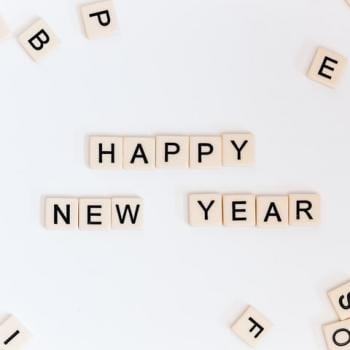 My Favorite Day of the Year
Joey Willis
3

A Look at Some Roots of the Political Paranoia Gripping America
Roger E. Olson
4

Christian Communism? The Peripatetic Preacher (2nd Sunday of Easter April 11,...
John C Holbert
Get Patheos Newsletters
Get the latest from Patheos by signing up for our newsletters. Try our 3 most popular, or select from our huge collection of unique and thought-provoking newsletters.
From time to time you will also receive Special Offers from our partners that help us make this content free for you. You can opt out of these offers at any time.
see our full list of newsletters
Editor's picks See all columnists