About the Book
In 2004, Janis Heaphy Durham's husband, Max Besler, died of esophageal cancer at age 56. While coping with her grief, Heaphy Durham soon began encountering phenomena unlike anything she had ever experienced: lights flickering, doors opening and closing, clocks stopping at 12:44, the exact time Max died.  But then something startling happened that changed Heaphy Durham's life forever. A powdery handprint spontaneously appeared on her bathroom mirror on the first anniversary of Max's death. Incredibly, a similar image appeared on the second and third anniversaries as well. Clearly, something otherworldly was occurring.

This launched Heaphy Durham on a journey that transformed her spiritually and altered her view of reality forever. She interviewed scientists and spiritual practitioners along the way, as she discovered that the veil between this world and the next is thin and love is what bridges the two worlds.

About the Author
Janis Heaphy Durham was born in Kalamazoo, Michigan in 1951 to a Presbyterian minister and his wife. The family moved to Ohio a few years later where she spent her childhood. She received her bachelor's and master's degrees in education from Miami University in Oxford, Ohio and taught junior high school English following graduation.

Several years later, she moved west to Los Angeles in pursuit of a less conventional life. Feeling a deep-seated pull to newspapers, Janis applied for a job at the Los Angeles Times and was hired in the advertising department. During her 15 years there, she rose to senior vice president of advertising. In 1998 she was recruited by a headhunter in a nationwide search and named the first publisher in the history of the fabled Sacramento Bee, the flagship newspaper of the McClatchy Company. Responsible for all facets of the newspaper, including news and business operations, she was at the helm for a decade.

During her tenure the Bee won two of the five Pulitzer Prizes awarded since it was founded in 1857. Janis retired in 2008 and lives between Idaho and Florida with her husband, Jim Durham. Together they enjoy spending time with their three sons who live on the West Coast. 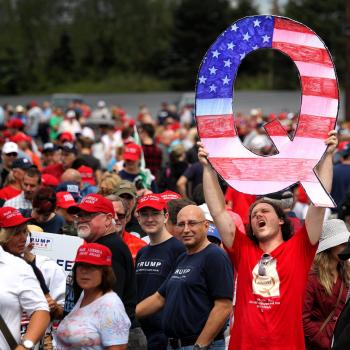 Why Q Was Successful
Karl Forehand
2 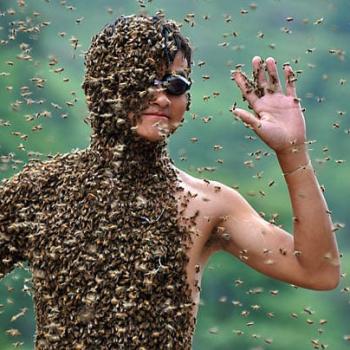 Common Grace, 2.17
Coyle Neal
Get Patheos Newsletters
Get the latest from Patheos by signing up for our newsletters. Try our 3 most popular, or select from our huge collection of unique and thought-provoking newsletters.
From time to time you will also receive Special Offers from our partners that help us make this content free for you. You can opt out of these offers at any time.
see our full list of newsletters
Editor's picks See all columnists