Now that Christians are being persecuted in Syria, Egypt, Pakistan, Nigeria, and elsewhere by extremists who present themselves as Muslims, this book could not be more timely. If the documents brought to light here were known to the American people, and to Muslims around the world, the "clash of civilizations" might give way to a recognition that the religions face common enemies dedicated to destroying them both. Already, respected scholars and authorities from all over the Muslim world have taken notice of this ground-breaking work.

Ever since the 9/11 attacks and the Boston Marathon bombing, informed and conscientious Muslims have been shouting out "we are not all terrorists!" and searching for a way to effectively counter the extremists in the name of the traditional shari'ah (the religious and moral code of Islam). This book confirms the rulings of the true shari'ah on the treatment of non-Muslims based on newly-rediscovered documents that record Muhammad's actual words; it also contains The Covenants Initiative, where Muslims can sign a declaration accepting these treaties of Muhammad as legally binding on them today. This Initiative, which has already been signed by people from all walks of life, offers Muslims a way to stand in solidarity with peaceful Christians now under attack by corrupt and misguided terrorists who falsely claim to act in the name of Islam in the Mid-East, Africa, and other parts of the world.

The Covenants of the Prophet Muhammad with the Christians of the World contains much difficult-to-obtain material: facsimiles of primary sources in Arabic and Persian; corrected versions in modern Arabic typescript; and alternate translations. Scholars now have all they need to study the covenants of the Prophet in depth. This book will almost certainly open a new field of action in Islamic studies, the antiwar movement, and interfaith relations.

John Andrew Morrow completed his Honors BA, MA, and PhD at the University of Toronto, as well as post-doctoral studies in Arabic in Morocco and at the University of Utah's Middle East Center. Besides his academic training, he has also completed the full cycle of traditional Islamic seminary studies. He has served as a faculty member and administrator at numerous colleges and universities, and has authored and edited many books, including Religion and Revolution: Spiritual and Political Islam in Ernesto Cardenal (Cambridge Scholars Publishing, 2012), and Islamic Images and Ideas: Essays on Sacred Symbolism (McFarland, 2013). 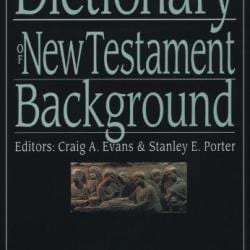 In The Mix: Journeying through R&B, Reggaeton, and Byzantine Chant
Stephen G. Adubato
Get Patheos Newsletters
Get the latest from Patheos by signing up for our newsletters. Try our 3 most popular, or select from our huge collection of unique and thought-provoking newsletters.
From time to time you will also receive Special Offers from our partners that help us make this content free for you. You can opt out of these offers at any time.
see our full list of newsletters
Editor's picks See all columnists