Now Featured in the Patheos Book Club
The Lost World of Adam and Eve
Genesis 2-3 and the Human Origins Debate
By John H. Walton

"When strident voices who call the first three chapters of Genesis nothing but myth are met by equally strident voices declaring that the Bible, the gospel and the church will thereby collapse from the inside, we are tempted to take a side and start cheering. Then come the voices of reason that seek an opportunity to calm down the strident voices that often refuse to listen. John Walton is a voice of reason and he has shown time and time again that we must learn to read the Bible as God gave it, not the way we'd like it to be. Here we are treated to more 'propositions' about Adam and Eve that will anchor our faith in the ancient world in such a way that the fresh Spirit of God can blow on those chapters to illuminate all who will listen. Thank God for The Lost World of Adam and Eve."

"In this groundbreaking work the author places Adam and Eve firmly where they belong—in the cultural and textual world of the ancient Near East. Scholarly and readable, the text seen through Near Eastern eyes provides fascinating new insights into the question of human origins. The fine chapter by N. T. Wright provides the 'icing on the cake.' This book is warmly recommended to all those interested in how the Bible addresses the key question of human uniqueness."

—Denis Alexander, emeritus director of The Faraday Institute for Science and Religion, St. Edmund's College, Cambridge, author, Creation or Evolution: Do We Have to Choose?

"We who are committed to the authority of Scripture believe it is inerrant in all that it affirms. Determining what it's affirming is the tricky part, and that is precisely what John Walton helps us discern. Armed with a robust knowledge of the Old Testament and its ancient context, Walton equips Christians to read Genesis on its own terms rather than the terms we've inherited from the modern 'science versus faith' narrative of our culture. As a result Walton opens up new possibilities in the ongoing theological and biblical debate concerning human origins with strong scholarship and Christ-like humility."

—Skye Jethani, author of With, SkyeJethani.com

"John Walton is a gift to the church. In his writing and speaking he has helped Christians to faithfully read the Bible in an environment of competing scientific claims. Now, in The Lost World of Adam and Eve, Walton provides a profoundly evangelical account of how the Bible speaks of Adam and Eve by treating the statements of Scripture in their ancient historical context. This book is the first thing to put in the hands of those wrestling with the perceived tension between the Bible and science."

"This excellent volume on reading Genesis 2 and 3 will be enormously helpful to Bible-readers who wish to take seriously both Scripture and contemporary scientific perspectives on such matters as human origins. Building on previous work, Walton plots an orthodox Christian path through some challenging territory, writing in a highly accessible manner and making great use of example. His extensive knowledge of the ancient Near Eastern world constantly illuminates the text. The reader will not only gain deep insight into the opening chapters of Genesis, but (more generally) will also be helped to think well about what it means to read any ancient text competently."

"Can an interpretation of Genesis 2–3 be true to the biblical text and be supported by the most legitimate claims of science? Can one exegete the accounts of the creation and fall of Adam and Eve in light of all of the partial parallels in other ancient Near Eastern creation literature and still believe in the inerrancy of Scripture? John Walton shows that the answer to both questions is a resounding 'yes.' Whether or not one agrees with every detail of Walton's interpretation, one has to admire the brilliance, clarity and sensibility of his approach. This is a must-read for anyone who thinks one has to choose between faith and science."

"Never has it been more important to think carefully about the intent of the human creation narrative: to view it through the objective of the narrator as the story was first written down and to seek to understand it through the mind of the audience as it was first heard. . . . Given his many years of teaching experience in evangelical institutions and his remarkable communication skill, perhaps no one is better equipped to guide us through this task than John Walton. The Lost World of Adam and Eve is a masterful analysis of authorial intent and contextual understanding of the Genesis narrative in its contemporary Hebrew culture. Walton's years of teaching have enabled him to successfully anticipate all the main questions and to address each in a highly readable fashion."

"I wish every Christian would read this book. John Walton is helping an entire generation of people—believers and skeptics alike—learn how to read Genesis as it was meant to be read. I can't imagine any student of the Bible not being mesmerized by his scholarship. I think this will open up doors of faith and understanding to a vast audience." 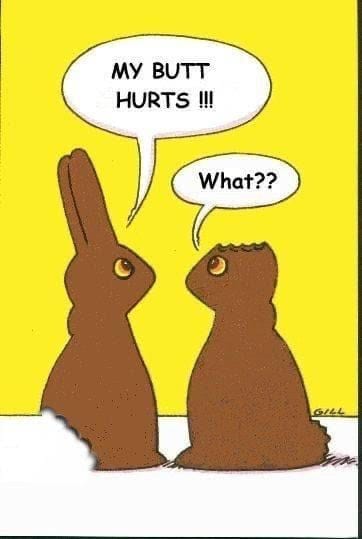 When Easter Goes Wrong
Ben Witherington
Get Patheos Newsletters
Get the latest from Patheos by signing up for our newsletters. Try our 3 most popular, or select from our huge collection of unique and thought-provoking newsletters.
From time to time you will also receive Special Offers from our partners that help us make this content free for you. You can opt out of these offers at any time.
see our full list of newsletters
Editor's picks See all columnists