Why the Bodily Resurrection of Jesus Matters: An Interview with Matthew Levering 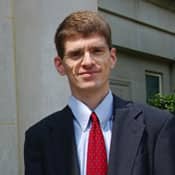 In his latest book, Jesus and the Demise of Death, prolific author and renowned Catholic theologian Matthew Levering considers the central event of the Christian faith—the death and resurrection of Jesus—and presents a robust vision of the Christian bodily resurrection and how it affects our fate as followers of Christ today.

At the beginning of this Holy Week, Patheos' Editor Kathleen Mulhern interviewed Levering about his new book, why the resurrection is so critical to the Christian faith, and his answer to one of the most fundamental of human questions: What really happens to us when we die?

[Read more about Jesus and the Demise of Death at the Patheos Book Club here.]

There are many ways to answer this, but one might begin simply with the fact that the Resurrection of Jesus happened. Jesus was raised from death, not merely to renewed historical life, but to a glorified life whose reality he made known to his disciples. Perhaps the wonder is that the apostles ever talked about the Cross at all! What a thrill it would be to commune as they did with the risen Lord! The conquest of death here was a total conquest; Jesus rose from the dead so that his new place is "the right hand of the Father"—that is to say he, the one whom the disciples had known and loved, sits enthroned with God. And he calls us to share in this life, but we must go by the path that he himself went.

Comment on the connection you found between Jesus' experiences and the promises made to the people of Israel.

I accept the view of N. T. Wright and others that the people of Israel were waiting for the restoration of Israel, for a renewed holiness, a renewed land, a renewed Temple, all made possible by the coming of the eschatological Messiah or Davidic King. One thinks of Simeon's prayer when the infant Jesus was presented in the Temple. Simeon says that he has long been awaiting the Messiah and that he has now seen the Messiah, the one who will restore Israel. One thinks too of the Letter to the Hebrews, with its praise of the famous men and women of Israel; and also of the teaching that in Jesus we have now seen what the prophets looked for but did not see with their own eyes. In the Gospel of John, similarly, Jesus says that Abraham rejoiced to see his - -Jesus'—day. The faith of Israel makes one think, also, of the holy martyrs described in the Book of Revelation who pray at God's altar for the coming of the final judgment, which will put all things to rights.

Now, N. T. Wright holds that when Christians die, we are not annihilated but instead we are happily conscious in a waiting period while we look forward to the final consummation of all things. He doesn't like to speak of souls, but he does speak of spiritual entities who await the resurrection of their bodies. To this, I add the fact that Jesus, when he died, came among these souls, who were waiting for him. The holy dead—the holy men and women of Israel, and indeed all persons who believed in God's saving power—awaited Jesus' victory over sin. When Jesus conquered sin and restored justice between humans and God, he did something that had a powerful impact not only among those alive with him and those who lived after him, but also among those who were waiting for him in the realm of the dead, that is to say the intermediate state between death and bodily resurrection. Holy Israel greeted Jesus joyfully upon his death. He didn't die into a state of annihilation; rather, when he died, he entered as king into his kingdom; the restoration of Israel truly began at the moment of his death. He entered into the joyful presence of those whom he had saved by his death. This is what is meant by Jesus' "descent into hell." Certainly not all souls were ready or willing to greet him when he arrived, but the kingdom established by his Cross was inaugurated then and there, among the joyful people who had preceded him in death. We often imagine the realm of death to be lonely or soporific. This seems to me to be completely mistaken. People are not annihilated or stupefied by death.

How did the Church lose the focus on the "demise of death"?

The Resurrection of Jesus means that we, too, will be raised from the dead. The question, however, is what this means: will I know that I am being restored to my body? Will I die and then all of a sudden find myself newly conscious again with a glorified body? When I die, will anyone be there to meet me, or will I be lonely or even unconscious or (God forbid) annihilated? Clearly we will not be fully ourselves without our bodies. For humans to receive an eternal life proper to humanity, we must receive glorified bodies. And Jesus shows us that we will receive glorified bodies.