Book Excerpt: What Is Mindfulness?

Mindfulness, though so highly praised and capable of such great achievements, is not at all a 'mystical' state, beyond the ken and reach of the average person. It is, on the contrary, something quite simple and common, and very familiar to us.

In its elementary manifestation, known under the term 'attention', it is one of the cardinal functions of consciousness without which there cannot be perception of any object at all. If a sense object exercises a stimulus that is sufficiently strong, attention is roused in its basic form as an initial 'taking notice' of the object, as the first 'turning towards' it.2 Because of this, consciousness breaks through the dark stream of subconsciousness (-- a function that, according to the Abhidhamma (Buddhist psychology), is performed innumerable times during each second of waking life). This function of germinal mindfulness, or initial attention, is still a rather primitive process, but it is of decisive importance, being the first emergence of consciousness from its unconscious subsoil.

From this first phase of the perceptual process naturally only a very general and indistinct picture of the object results. If there is any further interest in the object, or if its impact on the senses is sufficiently strong, closer attention will be directed towards details. The attention, then, will dwell not only on the various characteristics of the object, but also on its relationship to the observer. This will enable the mind to compare the present perception with similar ones recollected from the past, and, in that way, a coordination of experience will be possible. This stage marks a very important step in mental development, called in psychology 'associative thinking'. It also shows us the close and constant connection between the functions of memory and attention (or mindfulness), and will thereby explain why in Pali, the language of the Buddhist scriptures, both these mental functions are expressed by the one word sati.3 Without memory, attention towards an object would furnish merely isolated facts, as it is the case with most of the perceptions of animals.

It is from associative thinking that the next important step in evolutionary development is derived: generalization of experience, i.e. the capacity of abstract thinking. For the purpose of this exposition we include it in the second stage of cognition as affected by the development of attention. We have found four characteristics of this second stage: increase of detail, reference to the observer (subjectivity), associative, and abstract, thinking.

By far the greatest part of the mental life of humanity today takes place on the plane of this second phase. It covers a very wide field: from any attentive observation of everyday facts, and attentive occupation with any work, up to the research work of the scientist and the subtle thoughts of the philosopher. Here, perception is certainly more detailed and comprehensive, but it is not necessarily more reliable. It is still more or less adulterated by wrong associations and other admixtures, by emotional and intellectual prejudices, wishful thinking, etc., and, primarily, by the main cause of all delusion: the conscious or unthinking assumption of a permanent substance in things, and of an Ego or soul in living beings. By all these factors the reliability of even the most common perceptions and judgements may be seriously impaired. On the level of this second stage, by far the greatest part of all those will remain who lack the guidance of the Buddha-Dhamma, as well as those who do not apply that instruction to the systematic training of their own minds.

With the next advance in the gradual development of Attention, we enter the very domain of Right Mindfulness or Right Attention (sammā-sati). It is called 'right' because it keeps the mind free from falsifying influences; because it is the basis as well as part and parcel of Right Understanding; because it teaches us to do the right thing in the right way, and because it serves the right purpose pointed out by the Buddha: the Extinction of Suffering.

The objects of perception and thought, as presented by Right Mindfulness, have gone through the sifting process of keen incorruptible analysis, and are therefore reliable material

for all the other mental functions, as theoretical judgements, practical and ethical decisions, etc.; and notably these undistorted presentations of actuality will form a sound basis for the cardinal Buddhist meditation, i.e. for viewing all phenomena as impermanent, liable to suffering, and void of substance, soul or Ego. 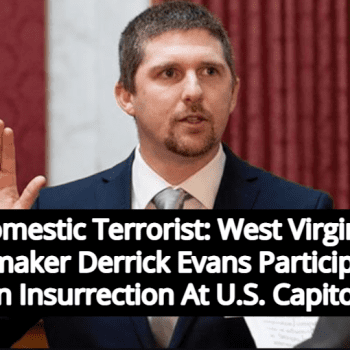 In the nearness of the night
Anna Rohleder
Get Patheos Newsletters
Get the latest from Patheos by signing up for our newsletters. Try our 3 most popular, or select from our huge collection of unique and thought-provoking newsletters.
From time to time you will also receive Special Offers from our partners that help us make this content free for you. You can opt out of these offers at any time.
see our full list of newsletters
Editor's picks See all columnists