My Reluctant Journey Toward Nonviolence

Now Featured at the Patheos Book Club
Fight: A Christian Case for Non-Violence
By Preston Sprinkle

My Reluctant Journey toward Nonviolence

In His Own Words—as excerpted from Fight: A Christian Case for Nonviolence

Now, as the title of this book suggests, I have come to a working conclusion about Christians and violence. I believe that the Bible advocates nonviolence. I do not believe that Jesus wants Christians to use violence. And if I can be so blunt: I think that a large portion of the American evangelical church has been seduced, whether knowingly or not, by nationalistic militarism. Yet our inspired Word of God aggressively critiques this very thing, as we will see.

But you should know, I wasn't handed this view growing up. It doesn't come from hippie parents or a Mennonite pastor. I didn't grow up a "pacifist," and I don't have a natural aversion to violence and bloodshed. In fact, everything in my upbringing cuts against the grain of what I'm going to argue in this book. I grew up in a Christian home, and like many evangelicals, I was enamored with war. I played with toy tanks and soldiers, loved watching old war films, and cheered with all my might when America fought against the Iraqis in Desert Storm. My immediate reaction after 9/11 was, Let's just nuke the Middle East and get rid of those terrorists! My favorite movies growing up were Rocky III, Top Gun, and Gladiator. (At the risk of sounding hypocritical, they still are.) Throughout high school and college, I hunted, fished, voted Republican, and chewed tobacco. I even dated a girl who chewed tobacco. I pretty much was the guy on the cover of Springsteen's Born in the USA album. The idea that someone could be a Christian and not think that war and military might were the best way to fight evil was weird and confusing. Could someone actually read the Bible and still endorse nonviolence? That person must be biblically illiterate or anti-American, is what I thought.

As I matured in my faith, none of this changed. Gladiator came out when I was in seminary, and I was first in line! It wasn't until I taught an ethics course at Cedarville University in Ohio in the spring of 2008 that I began to wrestle with these issues, and for the first time I was forced to consider what the Bible actually says about violence. I was shocked at how many passages in the New Testament discuss violence (and patriotism) and how few of them (if any) support the use of violence by a Christian. Admittedly, the Old Testament is a bit trickier. But my worldview was sent into a tailspin as I searched long and hard to find New Testament support for the so-called just war position. I didn't find any.

And so by the fall of 2009, I became what many people would call (though I don't like the term) a pacifist. In short, I didn't believe that the Bible endorsed the use of violence by the church or individual Christians. Over the last few years, I've spent a lot of time and energy studying this topic, reading opposing views, and looking into Scripture. I've talked to Christians who endorse war and Christians who protest war. I've discussed these issues with army vets, marines, navy SEALs, cops, pacifists, pastors, laypeople, men, women, and people of all ethnicities. I've tried my hardest to understand God's Word and the diverse perspectives of those who read it. And the more I study, the more I discuss, the more I have become convinced of this general position. Christians shouldn't kill or use violence—not even in war.

I'm still an evangelical Christian. And I'm not Amish, Quaker, or Mennonite. I own several guns and still believe that the smell of a recently fired shotgun on a crisp fall morning comes darn near close to paradise. The Christian subculture in which I was raised and still worship is nondenominational conservative Reformed. I've been influenced over the years by John Piper, John MacArthur, R. C. Sproul, and many others who swim in that pond. Shockingly, most within this tradition disagree with my position, some with relentless passion.

All the more need—again—to open God's Word to see what He thinks about these issues. 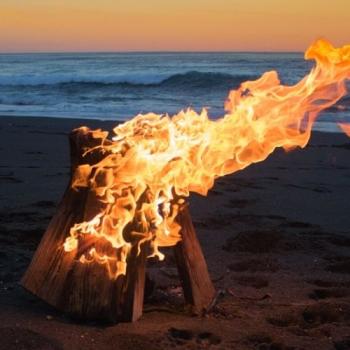 2021 Reborn From the Flames: Resilience And Goal Setting In A Changing World
Katie Gerrard
2

Marcus Aurelius on Disturbance from Within
Andrew Murtagh
3 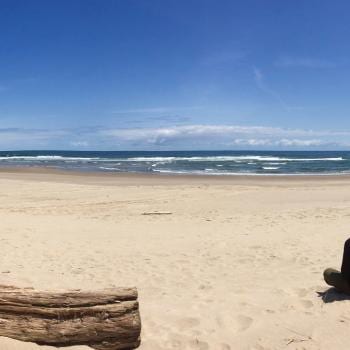 What Do You Want Out of Life?
Scott R. Stahlecker
Get Patheos Newsletters
Get the latest from Patheos by signing up for our newsletters. Try our 3 most popular, or select from our huge collection of unique and thought-provoking newsletters.
From time to time you will also receive Special Offers from our partners that help us make this content free for you. You can opt out of these offers at any time.
see our full list of newsletters
Editor's picks See all columnists