This book is an exploration of what would seem to be a simple question, but is actually the object of a profound quest—"who is a Jew?" This is a deeply complex issue, both within Judaism, and in interactions between Jews and Christians. Jewish–Christian Difference and Modern Jewish Identity: Seven Twentieth-Century Converts contends that in the twentieth century the Jewish–Christian relationship has changed to the extent that definitions of Jewish identity were reshaped. The stories of the seven influential and creative converts that are related in this book indicate that the borders dividing the Jewish and Christian faiths are, for many, more fluid and permeable than ever before.

Shalom Goldman is professor of religion at Middlebury College. He holds a doctorate from New York University in Hebrew and Biblical Studies. His research and teaching interests include comparative religion, Muslim-Jewish relations, the Bible and Qur'an, Christian-Jewish relations, Christian Hebraism, and Christian Zionism. He has authored numerous books, including Zeal for Zion: Christians, Jews, and the Promised Land and God's Sacred Tongue: Hebrew and the American Imagination. 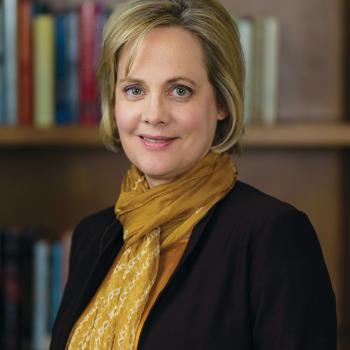 Franklin Graham: We Will Have a "Dark Winter" Due to Immorality, Not COVID
Hemant Mehta
Get Patheos Newsletters
Get the latest from Patheos by signing up for our newsletters. Try our 3 most popular, or select from our huge collection of unique and thought-provoking newsletters.
From time to time you will also receive Special Offers from our partners that help us make this content free for you. You can opt out of these offers at any time.
see our full list of newsletters
Editor's picks See all columnists