Praise for The God Who Weeps

"I read this fine book in order better to understand what Mormons believe about divine compassion, and it certainly gave me that. But more important: I received in reading it some deeply personal lessons about the tears of God."
—Richard J. Mouw, Ph.D., President and Professor of Christian Philosophy, Fuller Theological Seminary

"Writing from the perspective of Mormon faith, Terryl and Fiona Givens have produced a work of theological reflection that has much to offer not only to Latter-day Saints, but to intellectually and morally serious men and women of every religious persuasion who ponder the mystery of a God who, though profoundly transcendent, reveals Himself to us, offers us His friendship, and even shares our joys and sorrows. To be sure, readers who are not Latter-day Saints will learn from The God Who Weeps a great deal about what Mormons believe (including certain distinctively Mormon doctrines) and why they believe it. But that is only part of the value of the book. For even readers who do not share certain fundamental tenets of the LDS faith, but who believe in a personal, omnipotent, and omniscient God, will benefit from the Givens' thoughtful reflections on how such a God enters into the lives of imperfect creatures like ourselves, lighting our paths, lifting us up when we fall, and summoning us to share in His divine life."
—Robert P. George, McCormick Professor of Jurisprudence, Princeton University, author of The Meaning of Marriage: Family, State, Market, and Morals

"Terryl Givens, one of current Mormonism's most celebrated thinkers, with Fiona Givens here provides a fresh perspective on a number of distinctively LDS teachings.The God Who Weeps is a stirring and sensitive look into a personal God whose passions include an infinite capacity to feel after and respond eagerly to the pains and pleadings of His children; a life before this life for both Deity and humanity; a refusal to adopt the classical Christian view of original sin and the dismal and discouraging picture of the human race it paints; and, an optimistic glimpse into a divine plan that seeks to save all of those who wish to be saved. This important work provides a substantive optimism, a welcome and needed portrayal of humanity's heavenly possibilities."
—Robert L. Millet, Professor of Religious Education at Brigham Young University, author of Grace Works

"Reading this book is like experiencing Mormonism in high definition. By masterfully weaving together insights from 'the best books'—scripture and literature, theology and philosophy—Terryl and Fiona Givens bring new depth to the fundamentals of their faith. Whether you know a lot or a little about Latter-day Saint doctrine, this book will both educate and inspire you."
—David E. Campbell, Professor of Political Science, University of Notre Dame, Author of American Grace: How Religion Divides and Unites Us

"Anyone desiring to understand more about Mormon Christianity could find no better guides than Terryl and Fiona Givens. Their heartfelt testimony to what their faith tradition has taught them about life is enriched with luminous insights from Western literature and philosophy. A lovely book!"
—Mary Ann Glendon, Learned Hand Professor of Law at Harvard and former US Ambassador to the Vatican, author of The Forum and the Tower: How Scholars and Politicians Have Imagined the World from Plato to Eleanor Roosevelt

"The God Who Weeps is an elegant meditation on the basic tenets of the Mormon faith. The Givenses write with precision and poetry. Their literary and religious references are unusually rich and varied: they include the classic texts of the Bible, early Christian thinkers, Enlightenment philosophers, Romantic poets, German theologians, Russian and American novelists—and many, many more. The prose is at times urgent and even soaring. Mormons will enjoy this succinct, sophisticated and searching précis of their core beliefs. Non-Mormons will be led into the heart of a religion that was born on American soil, and whose history is one of the great neglected narratives of our national life."
—Helen Whitney, producer of The Mormons and Faith and Doubt at Ground Zero

"What if God were everything we are, only perfectly so? And what if those perfections included our vulnerability, our suffering, and our joy? In the Givens' masterful hands, the Mormon view of God comes alive in fresh and challenging ways. Mainstream Christians have much to learn from Mormonism, and this book is the place to start."
—Stephen H. Webb, professor of Religion and Philosophy, Wabash College, author of Jesus Christ, Eternal God

"This is not the kind of book Latter-day Saints ordinarily write. It begins at a deep point of human experience where all is uncertain. It asks: how do you move from an elemental condition of ignorance and yearning to belief and faith? The Givenses tell us not only where they end up but how they got there and along the way confront the most baffling moral and intellectual conundrums of human existence."
—Richard Bushman, Gouverneur Morris Professor of History, Emeritus, Columbia University, author of Joseph Smith, Rough Stone Rolling 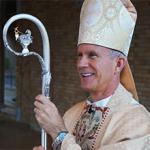 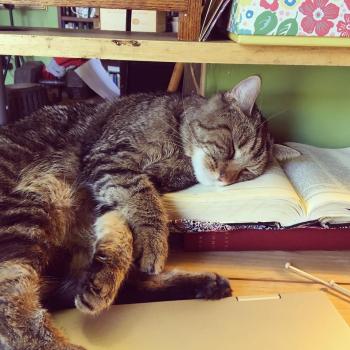 Brad Stine Has Issues: Everything Wrong with Woke Environmentalists
Christian Podcast Central Christian Podcast Central
Get Patheos Newsletters
Get the latest from Patheos by signing up for our newsletters. Try our 3 most popular, or select from our huge collection of unique and thought-provoking newsletters.
From time to time you will also receive Special Offers from our partners that help us make this content free for you. You can opt out of these offers at any time.
see our full list of newsletters
Editor's picks See all columnists