Glorious Ruin: About the Book and Author

Why does God allow suffering and pain? Glorious Ruin reveals the answer to this age-old question that can only be found in one place: God's presence.

Everyone on earth will experience pain and suffering. But, as bestselling author Tullian Tchividjian explains, God wants to prepare believers for their own day of difficulty. The story of Job shows them how.

God accomplished his purposes in Job's life. And while God never gives Job an explanation for his suffering, God does give Job himself -- which is everything Job needs. God's presence is the only healing power and finding him is the purpose of pain.

Whatever the circumstances readers can find freedom in the knowledge that Jesus is all they need. 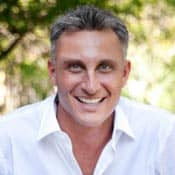 Tullian Tchividjian is the pastor of Coral Ridge Presbyterian Church. A South Florida native, Tullian Tchividjian is the grandson of Ruth and Billy Graham. He is a graduate of Columbia International University, where he earned a degree in philosophy, and Reformed Theological Seminary, where he earned his Master of Divinity. Tullian was the founding pastor of the former New City Church, which merged with Coral Ridge Presbyterian Church in 2009. He speaks at conferences throughout the United States and his sermons are broadcast on the radio. Additionally, Tullian is a contributing editor of Leadership Journal, and has authored The Kingdom of God: A Primer on the Christian Life; Do I Know God? Finding Certainty in Life's Most Most Important Relationship; Unfashionable: Making a Difference in the World by Being Different; Surprised by Grace: God's Relentless Pursuit of Rebels; Jesus + Nothing = Everything, and Glorious Ruin: How Suffering Sets You Free. Tullian and his wife, Kim, have three children.