Paradoxically, they and other small farmers contribute some 95 percent of Ethiopia's total annual agricultural yield.

In an effort both to defend the farmers' welfare and strengthen Ethiopia's agriculture industry as a whole, former World Bank economist Dr. Eleni Gabre-Madhin in 2008 established the country's first commodities market: the Ethiopian Commodity Exchange (ECX).

Though much remains to be done to protect small farmers and expand Ethiopia's agriculture, the ECX has already made major headway in its first few years. It now requires, for instance, traders make more accessible to small farmers information about the market, which in the past they kept to themselves.

Several mornings a week, Tomoca Coffee House owner, Akalu Woube, removes his white apron and slips quietly out of his crowded shop in the Piazza district. He strides to the corner, hops on a bus headed for Addis Ababa's Mexico Square, and pays the $0.07 fare. Fifteen minutes later, he arrives in front of the ECX's modern, steel and glass structure. On its facade above the main entrance, a large LED panel broadcasts the latest financial news. He enters the building, checks in at the reception desk, puts on a gray, ECX-issued apron and waits for the trading floor to open.

At the stroke of the hour, the market opens and buyers and traders pack the floor. All attention focuses on the electronic board above, which flashes in red and yellow lights up-to-the-minute news on coffee and other goods: the asking price, grade, and location.

Mr. Akalu stands among them, eagerly watching the lights beside Harar beans—one of Ethiopia's most sought-after coffee beans. A nearby trader observes him, raises his right hand and shouts out a price. Mr. Akalu waves his hand in a show of interest. The man's cries grow louder, but Mr. Akalu hesitates. Suddenly, he pulls his arm down, turns and walks away.

"I judge how desperate the traders are to sell and buyers to buy," Mr. Akalu explains on the bus back to the Piazza district. "I'm looking for the right type of coffee at the right price. But if the demand's too high, I stay away."

"The other buyers were very excited today," he adds. "I think the price will soon go down."

Meanwhile in Dire Dawa, a city 220 miles east of the capital, coffee experts at an ECX grading laboratory test samples of the Harar beans Mr. Akalu nearly purchased. The facility's director, 30-year-old Sileshi Ambaye, and his team of four internationally trained "cuppers," or coffee experts, maintain the Harar beans' high standard. Each sample—which consists of deposits taken from three different parts of every sack of coffee—undergoes a series of standardized tests.

"If we see any primary defects—black color, foreign matter like soil and stones, insect damage or husk still on the bean—we downgrade it in the raw evaluation," says Mr. Sileshi, explaining the grading process.

"The consequences of bad handling appear in the cup," he continues. "If the beans are stored in a moist place, they taste musty. If they are over-dried, they taste woody."

A neat row of samples lines a laboratory table. With a spoon in one hand and a spittoon in the other, the cuppers make their way down the table. One by one, they take a spoonful of each sample, raise it to their noses and sniff it several times. They then place it in their mouths, swish it back and forth, discharge it, and make notes on their pads of paper.

"When we test Harar beans, we smell for flowery fragrances and taste for chocolate. We give grades for flavor, acidity, and body. It's the balance between all three that gives you the overall character of the coffee," says Mr. Sileshi.

"Ethiopians love coffee. Every mother drinks coffee three times a day. It's the way we interact with each other." 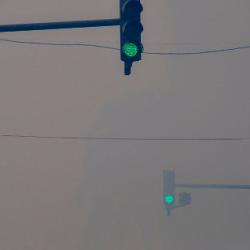 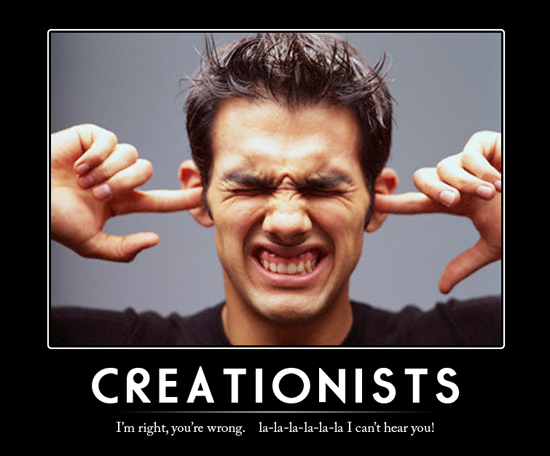 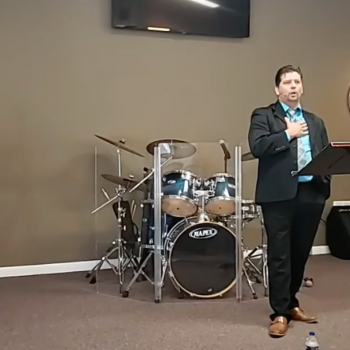 An Ohio Pastor Gave an Anti-Trans Sermon. His Church Is Pretending Otherwise.
Hemant Mehta
Get Patheos Newsletters
Get the latest from Patheos by signing up for our newsletters. Try our 3 most popular, or select from our huge collection of unique and thought-provoking newsletters.
From time to time you will also receive Special Offers from our partners that help us make this content free for you. You can opt out of these offers at any time.
see our full list of newsletters
Editor's picks See all columnists