When the Cheaters Are the Teachers

I was once an idealistic, high school English teacher. My idealism crumbled when a bully of an athletic director demanded that I change a grade, so a heavily recruited football player could participate in a post-season game.

He was sure I would do it. I was sure he was kidding. And then I realized he wasn't.

Taken aback by his request that I compromise my integrity, I refused. As a result I was demonized by the athletic department. I was accused of ruining the young man's life—although he had done quite a fine job of that on his own and with the  help of both parents, who had helped shape an attitude toward school that barely met legal attendance requirements.

I stood my ground that day, but have always second-guessed my decision.

Did I refuse that young man mercy? Was I uncharitable? Did I mete out justice like an unbending Pharisee, refusing to see the human being behind a rule?

I wondered how many times teachers and other adults had broken rules or made exceptions that brought both of us to that moment. My adamant "no" shocked him and angered his parents. They were surely unused to hearing no; in fact, they probably came to expect a certain amount of entitlement, because of their son's athletic skill.

This cavalier attitude didn't develop overnight. It was taught over time in a series of exceptions that probably seemed harmless in isolation. In the process, that young man became a commodity.

That's the problem with this kind of cheating. In small doses it seems harmless, easily rationalized in the spirit of helping someone past a hurdle. Then it becomes a habit.

It hurts everyone. The victim here was the young man, who had wasted his educational opportunities. He was smart enough to pass my class with moderate effort. Instead, he threw away an education, and along the way lost his sense of self.

But others were hurt, too. I lost respect for the athletic director. He made me feel like a terrible person for standing my ground. The football team lost an exceptional player.

And I was introduced to the dirty little secret that not all educators put the students first.

The Atlanta Public Schools cheating scandal hit the national radar this week with reports that 35 educators, including the retired superintendent of schools, were slowly turning themselves into the authorities after indictments for racketeering and fraud. Here in Georgia, where I live and teach college, we've been watching this drama play out for over a year.

High and mid-level administrators are accused of falsifying records and encouraging teachers to tamper with answers on standardized tests.

When used properly, the scores not only measure progress, but also identify areas of weakness, so interventions can give students a fighting chance at a strong academic foundation.

I hate every aspect of this story, from the high-level claims of ignorance to the weak defense by teachers who feared retribution, to the reporters and community wanting blood. But mostly, I'm pained by the stunned looks on parents' faces and the irreparable damage done to children.

The mother in me feels betrayed. The teacher in me is outraged.

Those who committed these violations traded the public's trust for the greed of unearned bonuses. They treated their students, not as unique individuals with potential, but as roadblocks to their false success.

This debacle, which may prove to be even bigger than what we're currently seeing on the news, has re-opened a debate I've had with my colleagues in education and my friends in catechesis: How many second chances do we give as educators? How do we do this while upholding accountability, for ourselves as well as our students?

I see the long-term effects of this at the college level. Many students are entering college needing remediation, and it's not a matter of a review class. In many cases, they are learning the material for the first time.

We do no one any favors when we lower our standards or reduce our expectations. To teach effectively, we must look beyond the data points and see the unique individuals in the desks. We must meet them where they are and help them become what they can be.

I can't begin to understand what those administrators were thinking. Were they motivated by earning bonuses? Or were the bonuses a secondary concern to imprudent choices to make the schools seem better and save their jobs?

The Healing Garden is a Very, Very Christian Movie (For Better and Worse)
Paul Asay
2 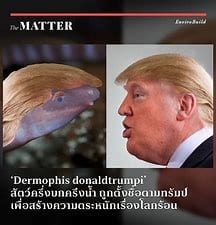 Cross and Crossroads: What “No Rules in Witchcraft” Actually Means
J. Allen Cross
4

Secular Day of the Dead, Steve Pinker, our Ala. lawsuit — and, of course, Amy...
Freedom From Religion Foundation
Get Patheos Newsletters
Get the latest from Patheos by signing up for our newsletters. Try our 3 most popular, or select from our huge collection of unique and thought-provoking newsletters.
From time to time you will also receive Special Offers from our partners that help us make this content free for you. You can opt out of these offers at any time.
see our full list of newsletters
Editor's picks See all columnists