A Culture of Priestly Vocation on Campus

At Catholic colleges, there is an even greater opportunity. One significant influence named by many seminarians and new priests in the report was the priest-professor. Their presence is uncommon at non-Catholic colleges (with some notable exceptions), and unfortunately their presence is becoming less common at Catholic colleges. As a lay person, I do not believe that priests are uniquely capable of carrying the mission of the Church into the classroom; yet I do believe that the way that a priest carries the mission of the Church into the classroom is unique and visible in a special way. The priest always acts in persona Christi—perhaps not always in the specific theological sense of the consecration of the Eucharist, but always in the imagination of students. The professing priest is the professing Christ, whether it be in physics, law, finance, film studies, history, philosophy, education, or even (yes) theology. The priest in the classroom testifies to the long history of Catholic intellectual life, and baptizes, as it were, a rigorous intellectual approach to the difficult questions proper to college life.

The stories from the Shreveport Times and New York Times (linked above), together with the Boston College report, suggest a broader point. A culture that fosters priestly vocations is also likely to foster discernment to all forms of life: in other words, it's likely to be a healthy, loving culture in which all people come to deeper understanding of the kind of people God is calling them to be. The New York Times story highlights, for example, that a similarly disproportionate number of women have sought out religious vocations in the small Michigan towns described in the story. A culture of vocations to the priesthood, if rooted in an authentic understanding of the discernment process, will foster not only vocations to priesthood and religious life, but also vocations to friendship, various professions, married life, and citizenship. For such authentic discernment is never about crass recruiting; it is about listening to the voice of God. To cite the example of one young man whose story is recounted in the Boston College report, it is about not praying specifically for priesthood, but for the will of God—which for some leads to priesthood.

Read in this light, the Boston College report suggests that a barometer of a rich culture of vocations on a given campus is the number of priests it counts as alumni. If a campus has a rich culture of vocations, it is providing the opportunities for discernment that allow young men to hear the still, small voice of God. And if those opportunities are present for future priests, it is likely that they are present for future religious women, husbands, wives, friends, professionals, and citizens of all sorts. 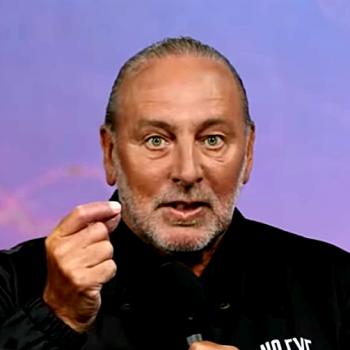 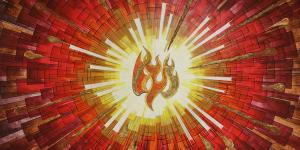 QAnon Lies, and People Die
Cassidy McGillicuddy
Get Patheos Newsletters
Get the latest from Patheos by signing up for our newsletters. Try our 3 most popular, or select from our huge collection of unique and thought-provoking newsletters.
From time to time you will also receive Special Offers from our partners that help us make this content free for you. You can opt out of these offers at any time.
see our full list of newsletters
Editor's picks See all columnists