I spend my Sunday mornings with a bunch of guys I've known for many years. We get together to talk about lots of things: being husbands and fathers and sons, changes in our work lives, keeping up with what it means to be a man. Sometimes, these meetings turn into two hours I would, in retrospect, rather have spent in bed, as I am not naturally a morning person, especially on weekends. Other times, these are two hours I really wouldn't want to have missed.

My entry into this group was delayed. I remember going to a dinner party at a friend's house one evening in the early 90s. Another couple was already there when we arrived. The lady was slender, soft-spoken, elegant. The man was six-foot-four. He came bounding across the room, stood too close, looked down at me, and said in a loud voice, "Hi, my name is Bub, that's B-U-B Bub, and I go to a Men's Group. How would you like to come?"

My response was to imagine some pack of Palo Alto liberal weirdos, back up half a step, and stammer, "Uhh... Uhhh.... No!" Bub turned out to be an interesting fellow, but I still didn't want to go to his silly Men's Group, whatever that was. About three years later, a much less colorful friend invited me to come with him to his Men's Group. Perhaps it was the different style of invitation, or perhaps I had simply become subconsciously acclimated to the idea of such a thing, but I went. There, sitting across the room with his gargantuan grin, was B-U-B Bub, happy to see me. He is still one of my favorite friends.

While the liberal label turned out to be mostly correct (my political views are unusual in the group), the weirdo part is much less so, although some of the guys might be disappointed to hear me say that.

I am the only Heathen there. Still, my friends are aware of my religious orientation, and they sometimes participate in it. They have often served as rehearsal audiences for my major Heathen storytelling performances. We have done sumbel at our family holiday parties. They even helped me with a hillside divorce ceremony on a rare snowy day in the Bay Area, which was a long time ago now.

Since we've been meeting and talking for all these years, and because many of those meetings have been memorable, a kind of private language has evolved that refers to this history. Newcomers to the group have some catching up to do. Even those of us who have been around for a long time sometimes have to ask to be reminded what some word or phrase is about.

A few years ago, I noticed a word that had entered our private lexicon: Hail! I say it has entered our lexicon in the sense that I am not the only one who uses it. This enthusiastic affirmation shows up fairly often now.

Also, on several occasions, I have been asked to talk about how one might describe some current issue in terms of the gods of the Ásatrú pantheon. What roles might these figures play in the matter? How might they feel about it? What outcomes can one imagine, based on the existing lore? How might we want, or not want, to model ourselves after some god or another? I doubt that any of my Sunday morning friends will become Heathen, but, since I am around, some of them ask questions like this now and then.

The Roman author Ovid is famously quoted as saying "Gods are useful." He was talking about lovers at the time, but it appears to be true in other contexts as well. 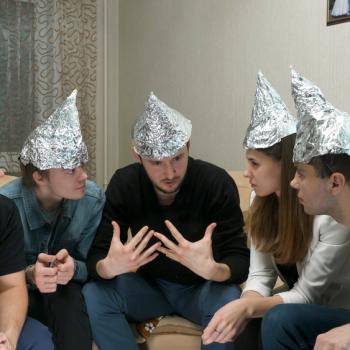 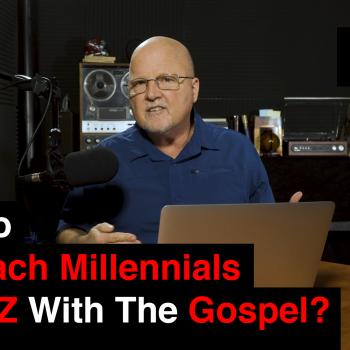 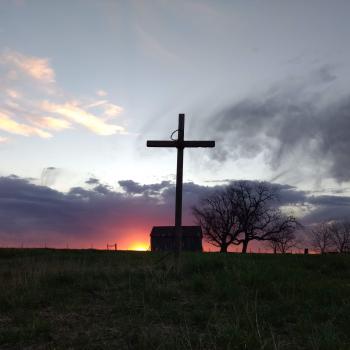 They Said Nothing to Anyone: Silence before the Mystery of the Resurrection
Brad Roth
Get Patheos Newsletters
Get the latest from Patheos by signing up for our newsletters. Try our 3 most popular, or select from our huge collection of unique and thought-provoking newsletters.
From time to time you will also receive Special Offers from our partners that help us make this content free for you. You can opt out of these offers at any time.
see our full list of newsletters
Editor's picks See all columnists