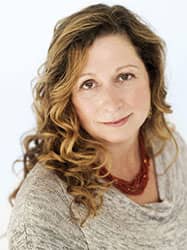 I was raised in a filmmaking family. We talked about "story" and took apart other people's films over dinner. To me, it was just business, and I didn't think about making my own films. So when I did come to filmmaking I came to it late, and then only because I had run across unbelievable stories that had to be told — remarkable people that had to be known.

The films we produce at Fork Films all share that sense of discovery and urgency. I am drawn to people who shake up the status quo, who put themselves on the line for what they believe. They succeed because of, or possibly in spite of, doing the unexpected. They can be contrary, they can be bold, but they are willing to take risks for something bigger than themselves.

Reverend Rob Schenck is one such person. The subject of guns was not on his front burner when I approached him about an idea for a film in 2013. I was looking for someone – anyone — on the far right who might be willing to entertain the idea that there were some logical and even theological inconsistencies in the positions conservative evangelicals were taking on abortion and guns. In short, I wanted to know how a person could be both "pro-life" and "pro-gun."

For instance, most conservative Christians back "Stand Your Ground," laws the NRA has quietly lobbied for — and helped pass — in 23 states and counting. Those laws essentially say that when people carrying a weapon feel threatened, they can shoot without first trying to de-escalate the situation. From my perspective, shooting first is not a pro-life ethic and I wanted to find someone who could explain why it seems like so many Christians are arming up. I spoke with several Evangelical leaders who agreed, but would not put their careers and names at risk by saying so publicly.

Rob Schenck was different. He took my call, and invited me to his office in Washington, D.C. It was hard for me to sit down with Rob when we first met. He was a fierce person — or at least that's what my Google search made him sound like. He had spent a lifetime fighting with all his heart and soul on the opposite side of every social issue I believed in down to the tips of my toes — most importantly abortion. He was a founding member of Operation Rescue. He'd spent his life trying to undo a women's right to choose. He was the enemy — he was the "devil."

Yet, he was full of surprises. He said the growing gun violence in our culture could no longer be ignored; he wondered why so many Americans are living in fear and taking up arms. After praying on it, he told me he agreed that something needed to be done and decided to participate in the documentary.

The women and men in my films all share a few characteristics I admire. They are courageous and they are honest. They won't be tied down by lack of imagination, and they will do whatever it takes to fight for peace. So when it came time for me to step into directing for the first time, and I decided to reach across the frightening abyss of American politics, I realized I would have to hold myself to the same high standards of the people I most admired.

So I began filming with Rob in the spirit of peace, even though I worried that people on my own side of the political spectrum might accuse me of treason one day, or that I might lose friendships over offering this man legitimacy.

And of course, Rob is no devil at all. In fact, he is an extremely nice man, and smart, and literate and tolerant and everything I've never seen a film or a TV show or a book show an evangelical to be.

I have found this to be true: if you approach people with respect and an open heart, they will almost always respond to you in the same way. So Rob and I formed the most unlikely of friendships and it was in that spirit that we went forward on this journey together, poking into the darkest of political corners, asking the hardest, most sensitive of questions and pushing back on some of the most dearly held American creeds.

Lucy McBath was a far more easy person for me to meet and to understand. Warm, eloquent, passionate and incredibly bubbly, the story of her love for the son she lost in what can only be described as a monstrous act of cruelty was too awful to listen to, and too compelling to turn away from. The camera loved her and we knew that she would be able to give us a picture of the rawest anguish in an unstintingly generous way. Her honesty, her willingness to fight against the "Stand Your Ground" mentality that contributed to her son's murder, and her deep convictions as a Christian moved Rob beyond his reasonable trepidation to take more risks and to dig yet deeper for his moral courage.