Abandonment is practiced by continually losing your own will in the will of God; by plunging your will into the depths of His will, there to be lost forever! ~ Jeanne Guyon

When you love someone, finding the best way to express your love can be difficult. Neither friendship nor true courtship can ever be forced. Love must be cultivated. Sometimes, however, love drives us to extremes. Although counselors and relationship "experts" tell us that being too pushy with people will usually backfire on us, my college roommate had a different experience. The courtship of Frank and Sherry was a match made in heaven. Well, at least in Frank's mind, it was.

I still remember when my college roommate set out to win the affections of a young lady on campus who seemed to have absolutely no interest in him. For weeks, Frank would talk to me about his irresistible interest in Sherry. Although unrequited, he talked about her and his determination to take her on a date. She had made it clear, via campus intelligence, that she did not want a date with Frank. That news only fueled Frank's determination.

Day after day, Sherry was all I heard Frank speak about. If he had focused as much on his studies as on her, he would have graduated at the top of his class. Over the weeks that followed, I watched with astonishment as he set out to win her affections. He investigated her in every way that was both imaginable and legal. He studied her to find out what her hobbies and interests were and he set out to win her, not on his terms but on hers. He was so love stricken that he became totally preoccupied with learning how to speak her love language. And learn it he did. In a matter of a few months, he had graduated from a first date to a strategically engineered moment when he asked her to marry him. To everyone's surprise, even to Sherry's, she said yes.

Dr. Gary Chapman has popularized the concept of learning how to speak people's "love language." His book, The 5 Love Languages: The Secret to Love that Lasts, on the bestseller list again this week, has sold over 7 million copies. According to Chapman, there are five primary love languages. They represent the various approaches of expressing love that uniquely mean the most to us. The five love languages he cites are:

The underlying principles are that 1) we generally prefer to have love expressed to us primarily in one of five key ways, and 2) we erroneously tend to express love to our spouse in the way in which we most want it expressed to us. So, the Big Idea of the book is that we, in order to be more effective at love, need to find out the way people desire and need to be loved. That's exactly what Frank did, long before Chapman's book was ever published.

Love languages. I wonder. What is God's primary love language? In all the ways you might choose to express your love for him or to him, which of them really capture his attention the most?

Christ's Love Language
The Apostle John discovered what others missed. While many in his day were looking for a way out of Roman oppression, out of this life and into the next, out of an illness or dilemma and into health, John was looking for a way in, into the heart of Jesus, into His will and into His ways. Consider the following passage, exclusively pondered and penned by John the Beloved. See if you can find God's preferred love language within it?

Whoever has my commands and obeys them, he is the one who loves me. He who loves me will be loved by my Father, and I too will love him and show myself to him (Jn. 14:21).

There is no promise of Christ's more exciting or intriguing than this one. I have pondered it and poured over it for several years and it still leaves me absolutely fascinated with its sheer challenge and invitation.

I am convinced it's no accident that only John, of all the Gospel writers, recorded these words of Christ. You won't find them in Matthew, Mark, or Luke. Was it because they had never heard these words? Could it be that no other living witness had relayed such an amazing promise to them? Or did the other Gospel writers group these words with the many others of Christ that they just wouldn't have room for in their limited accounts? Were these verses left out for the sake of brevity?

Not only did John catch the principle contained in this passage, but he experienced in a most powerful manner the realization of its promise. Somehow along John's journey with Jesus, in some profound way, he discovered the fact that obedience to God inspired by love for God is what God wants the most from our lives. John found that when a man or woman begins to walk in loving responsiveness to the will and the voice of God, a powerful friendship is forged. As a result, Jesus said the one who "has my commands" and "obeys them" will experience the love of God and, he said, "[I will] show myself to him." Interesting, isn't it that the only Gospel writer who remembered to record these words of Jesus was also the only one who saw the Revelation of Jesus Christ as John did on the Isle of Patmos? 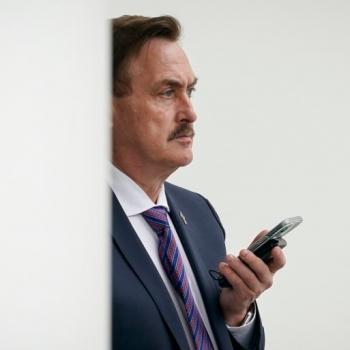 Mike Lindell Kicked Out Of Bed Bath & Beyond
Andrew Hall
4 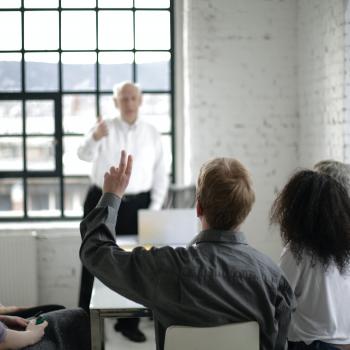