Infertility, the Stuff of Fairytales?

Heroes from humble origins find their wishes granted. Forces of evil are defeated by acts of bravery or, better, true love's kiss. ABC's "Once Upon a Time" regularly trades in these conceits. The drama's premise is that fairytale characters are plucked from their world and sent to ours.

Each episode pivots between stories unfolding in our world and flashbacks that insert unexpected twists into the characters' storybook pasts. For example, I bet you never knew that Snow White was infertile.

Exposure to whatever that those dwarves have been mining is not to blame. Rather, a curse is.

Prince Charming's adoptive father King George is furious after his son refuses an arranged marriage to Midas' daughter. The King's men capture Snow White—Charming's true love—and bring her to his castle. There the King and Snow have an icy exchange that ends with the King's foreboding recollection of how he and the wife he loved lost their joy:

We were happy, blissful. But then she became cursed. She drank a vile potion that made it impossible for us to conceive a child. Family is everything, my dear. Losing all hope of having one? There is no greater misery. Charming could have been that hope for me but instead he made my suffering worse. . . . Death is too good for him; first he must know pain, my pain.

Snow White looks wonderingly down into the goblet from which she'd been drinking and realizes King George has slipped her that same terrible potion. "You poisoned her," gasps an onlooker. "I cursed her," corrects the King.

When this scene flickered through my living room, there was a kind of inaudible gasp, a tensing of muscles and an intake of breath on both sides of our couch. Wide-eyed I turned to my husband only to see him mirroring my expression. Wordless, our bodies spoke a shared, visceral reaction to the King's words.

As someone who struggled with infertility for years, I needed a few weeks and few conversations with other infertile couples to put words to that immediate reaction.

Even Snow White's ultimate healing (yes, it's in the same episode) depends on her mother-in-law's willingness to die rather than see her son go childless. On her deathbed, Charming's mother passes up the chance to drink a restorative potion, giving it to Snow instead. In both the casting and breaking of this curse, the episode insists that death is preferable to life as an infertile couple.

It is no wonder this story stuck with me, but it did so for the surprising things it got right as well as the painful things it got wrong.

It is refreshing for our culture to acknowledge the existence of infertile people. On TV, happy and unhappy, young and old, together and separated, straight and, yes, even gay couples have kids. But in life, something like one in ten couples will struggle with the inability to have a child. Most of the time, couples like us are simply invisible.

Of course, it is not all the television's fault. Infertility makes many of us going through it clam up. The show gets this right, too, as Snow White avoids telling even Prince Charming about her condition. Snow presents a compelling picture of the loneliness that accompanies the weight of being the one who "has something wrong with me."

Snow White also has one of the classic, painful conversations with well-meaning family. This is the one where they express their excitement about your children-to-be (how they hope they look like so-and-so or how they can't wait to be an aunt/uncle/grandmother) while you smile wanly.

Then there's King George, whose speech cursing Snow's womb drips with his woundedness as much as his cruelty.

Somehow in this jumble of vignettes, the show managed to evoke the jumble of alienation, anger, and Ache (yes, with a capital) that faces couples struggling with infertility.

Still, when I relayed the King George and Snow White scene to some other, less-than-fertile friends, they had similarly visceral reactions to my own. I suspect that King George's speech nearly knocked the wind out of every one of us for a reason. When you find out you are infertile, this is the fear that the devil on your shoulder whispers into your ear: "God has cursed you."

For believers, our faith in a sovereign God offers us meaning, grace, and hope. But on bad days, it can also leave us feeling stranded by God in circumstances we would never choose.

"Once Upon a Time" did not succeed in transporting me to its fairytale universe complete with magical resolutions. (Anyway, infertile people are plenty used to situations that feel like they can only change by means of magic—whether modern medicine, prayer, or perhaps a strict regimen of both.) 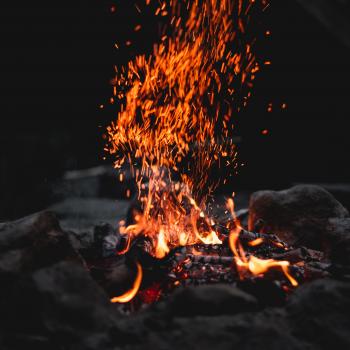 No One Was Ever Alone Again
Anne Kennedy
2 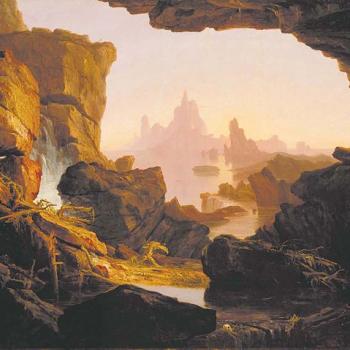 Ernest Angley, the 99-Year-Old Abusive Bigoted Gay Televangelist, is Dead
Hemant Mehta
Get Patheos Newsletters
Get the latest from Patheos by signing up for our newsletters. Try our 3 most popular, or select from our huge collection of unique and thought-provoking newsletters.
From time to time you will also receive Special Offers from our partners that help us make this content free for you. You can opt out of these offers at any time.
see our full list of newsletters
Editor's picks See all columnists