Wilson taught his students that John Calvin was the "great reforming Christian statesman." Summarizing Calvin's impact on Wilson, Magee argues that Wilson's understanding of the Christian statesman mandated the reconstruction of "his own society in covenantal patterns," along the lines of Calvin's Geneva. For Wilson, therefore, participation in politics was not an option, but a "necessary . . . outcome of this Calvinist faith."

This is all true enough. But what neither Curry nor Magee clarify is that Wilson's reading of Calvin was clearly shaped by the dominant post-millennialism of Wilson's day, which tended to interpret the great reformer through the lens of social gospel transformationalism. Calvin always identified Christ's kingdom with the proclamation of the gospel and the establishment of the church. Because of his distinction between the spiritual and political kingdoms, Calvin never spoke about politics in terms of the advance of the kingdom of God, except insofar as magistrates were responsible to protect and establish the true church.

So when Curry writes that Wilson had no sense of Reformed theologian Reinhold Niebuhr's classic distinction between "moral man and immoral society" (a distinction by which Niebuhr sought to preserve realism about the level of righteousness that is achievable in institutions and large groups of human beings in complex circumstances), he tells us far more about Wilson than he does about Calvin (let alone Machen or Kuyper). Calvin was a stark realist when it came to his understanding of politics, as well as the progress of peace and justice in this world. He constantly emphasized that the life of the church would always be a life under the cross, until Christ's return.

None of this is to take away from Curry's thought-provoking observations—or Magee's fuller argument—regarding Wilson's problematic fusion of Christianity and politics. Nor is it to question Wilson's faith. It is to suggest, however, that just because Wilson was a devout Presbyterian does not mean that his political theology was faithfully Calvinist or Reformed. No doubt Wilson's great rival, Republican President Theodore Roosevelt, equally devout and equally Reformed, would have viewed the Democratic president somewhat differently.

In fact, Curry and Magee leave us right where they should, sobered by the tragedy of Wilson's conflation of Christianity and politics. As Curry ends his essay:

Magee concludes that the tragedy of Woodrow Wilson "had more to do with Jerusalem than Athens. It was a tragedy of faith." And so it was. The lesson of Woodrow Wilson's presidency is not that Jerusalem has nothing to say to Athens in the realm of international politics; rather, it is that good intentions inspired by misguided theology can lead to disastrous foreign policy consequences.

The antidote to idealism of the Wilsonian sort is a deep knowledge of the contours of history, a keen understanding of the moral ambiguities that delimit human action in the "meanwhile" in which we live, and a commitment to honing the virtue of prudence in defining the purposes to which we direct national power.

In short, Reinhold Niebuhr is not a bad place to start after all.

As political theologians in tune with the real Calvin (rather than the Calvin of his social gospel and transformationalist interpreters) might add, such an antidote could have included a better knowledge of Calvin himself. Wilson's idealism might have been tempered by the great reformer's insistence that Christ's kingdom is spiritual and can never be conflated with the passing affairs of this age. In short, Calvin's two kingdoms doctrine is not a bad place to start either. 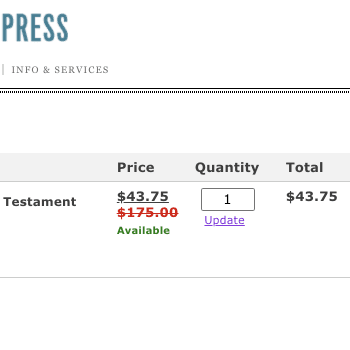 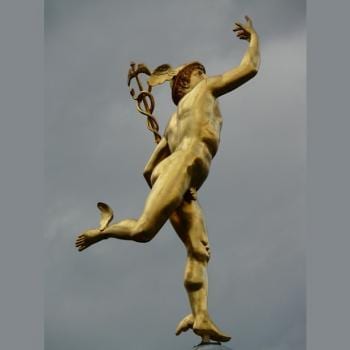 Restoring the Soul of North Carolina
Faithful Democrats
Get Patheos Newsletters
Get the latest from Patheos by signing up for our newsletters. Try our 3 most popular, or select from our huge collection of unique and thought-provoking newsletters.
From time to time you will also receive Special Offers from our partners that help us make this content free for you. You can opt out of these offers at any time.
see our full list of newsletters
Editor's picks See all columnists