This past week was spring break for my kids and this year we ended it at home, after visits that included northern California, Chicago, and western Michigan. The visits reminded me of how diverse our nation is in geography and outlook, just like the range of perspectives that I seesaw between, as a Hindu American advocate and an interfaith activist.

In northern California, I met friends from the Hindu American community, like Mihir Meghani and Easan Katir. Mihir Meghani is a co-founder of the Hindu American Foundation (HAF), which advocates for human rights and promotes the Hindu and American ideals of understanding, tolerance, and pluralism. He was profiled in the AJC's America's Table for helping start the Foundation, and serves as an inspiration to many in the community for his dedication, energy, and focus. Easan Katir is an interfaith leader for the HAF team in the San Francisco area, and is a part of SiVIC—the Silicon Valley Interreligious Council—which "builds interreligious harmony and understanding so as to promote a just and compassionate society in Silicon Valley." Easan and I shared the common challenges we face as part of the nation's interfaith movement, be it in the Bay area, where Hindu ideas have taken root for decades, or the Motor City, home to the largest mosque in the U.S.

In Chicago, I met family—foreign students in graduate school—whose rather stereotyped understanding of America and Americans left me wondering how to bridge gaps created by national identities. America's policies on war, or its dealings with Pakistan and India, can make little sense to someone from India (and me too). Trying to explain what I do with the Foundation and the importance of advocacy in America, particularly for Hindus, seemed as futile as explaining the questionable ethics of conversion to Christianity when coupled with humanitarian aid to someone from Troy who goes on mission trips to India.

In western Michigan, I met friends and family—a like-minded Hindu temple spokesperson and cousins with a new baby—hoping to create an alliance between them so that advocacy and faith can come together for future generations of Hindu Americans. The hope was tempered by reality; the politics and religion of the region include a strong Tea Party movement and the organization Mission India, which claims that in India, "Superstition and idol worship have an iron grip—there is no forgiveness or joy."

Back at home, I finally caught up on my reading, emails that I had saved, with links that I wanted to read rather than skim: the resolution that Minnesota Congressman Keith Ellison sponsored; the story of Rinkel Kumari, a 19-year-old Hindu student who converted to Islam under disputed circumstances last month.

The resolution, to recognize the tenth anniversary of deadly riots in Gujarat after a mob burned a train full of Hindu pilgrims in 2002, has incendiary language with the potential of doing more harm than good. It is one thing to commemorate the memory of the victims, both Hindu and Muslim, on the tenth anniversary of some of the worst riots witnessed in modern times, but it is another to stoke inter-religious tensions by singling out one faith when members of multiple faiths had a hand in the violence. The resolution fails to appreciate on-ground realities—that even in the shadow of the November 2008 terror attacks in Mumbai by Muslim extremists, there was no backlash against the Muslim community after this more recent violence. Nor is there any mention of the numerous terrorism-related incidents in the Indian state of Gujarat, which shares a border with Pakistan, as documented by the South Asia Terrorism Portal. Resolutions like this one don't help enable the positive, forward-looking dialogue at conversations that Easan and I are part of; instead it's like an unsettling drive down San Francisco's "crooked street."

And the other story that has generated many emails to my inbox is the one of forced conversion in Pakistan. As most South Asian Hindus know, it is not an isolated one: according to several credible human rights organizations, between 20-25 Hindu girls are kidnapped and forcibly converted to Islam each month. The Pakistani Hindu Post (PHP) recently petitioned Secretary Clinton in the case of Rinkel Kumari, which has caught international attention; there is even an opportunity to sign on to a petition here. Every year, the Hindu American Foundation releases an annual Hindu human rights report, bringing to light the plight of Hindus in Pakistan and other parts of the world. The numbers tell the story of Hindus in Pakistan: in 1947, Hindus were about 25 percent of the population, and today they are less than 2 percent. Stories like Rinkel Kumari's widen the Hindu-Muslim divide, rather than focusing on the common South Asian bonds between Americans of Pakistani and Indian descent, like I have done in the past, right here on Patheos.

Will I Blog About Biden As Much As I Did About Trump?
Kermit Zarley
4 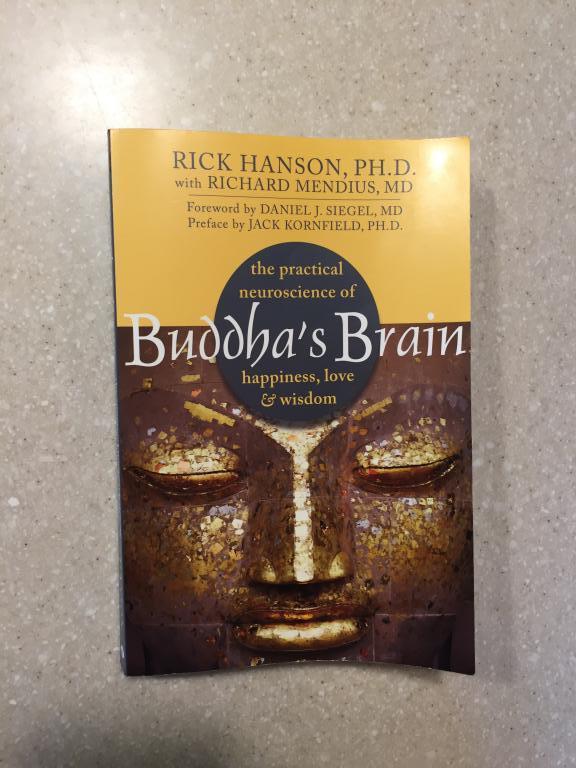 A Quick Review of the Book: Buddha’s Brain
Scott R. Stahlecker
Get Patheos Newsletters
Get the latest from Patheos by signing up for our newsletters. Try our 3 most popular, or select from our huge collection of unique and thought-provoking newsletters.
From time to time you will also receive Special Offers from our partners that help us make this content free for you. You can opt out of these offers at any time.
see our full list of newsletters
Editor's picks See all columnists