Chanuka: A Contest Between Two Civilizations

"What's Chanuka?" is how the Talmud begins its discussion of the holiday. Most Americans have probably asked themselves the same question. If it is not a form of Christmas-envy (and Chanuka preceded it by several hundred years), then what is it? To the traditional Jew, Chanuka is about a clash of cultures. This year, a Swedish artist-wannabe helps us understand what that struggle was about. He may even provide our non-Jewish friends with a reason to celebrate the victory of the Maccabees over their oppressors.

All the hype about the struggle for freedom is only a half-truth. The Jews of ancient Israel were used to the domination of foreign rulers both before and after. They rebelled only when the Syrian-Greeks under Antiochus (egged on by Jewish fifth-columnists) sought to brutally suppress Jewish religious practice.

At the heart of the matter was a contest between two civilizations. It was Hellenic (Greek) culture against Jewish culture. The oppressors saw themselves as the gods' gift to mankind. Supremely confident of their superiority, they could tolerate no competitor, especially a people with whom they differed so profoundly.

Today, we are left with people disagreeing about where those two peoples differed. To some, Athens vs. Jerusalem meant human reason as opposed to Divine revelation. The Greeks put human minds on the ultimate pedestal, while the Jews sought guidance from the word of G-d.

Matthew Arnold, the British poet and critic, saw Hebraism as concerned with conduct and obedience, especially consciousness of sin. Nietzsche pointed to the importance of the moral impulse. He remarked that the Greeks blamed the gods; the Jews blamed themselves. Neither the Greeks nor their gods were all that constrained by matters of right and wrong, while Jews micro-managed morality.

Arnold also came up with what may be the money quote about the difference: Greece, he said, found holiness in beauty; Jews found beauty in holiness.

The attitude of the rabbis of the ages is perhaps best summed up by the medieval poet and philosopher Rabbi Yehuda ha-Levi. Greece, he said, bore flowers but no fruit. Hellenic culture was infatuated with beauty, with the esthetic, while Jews understood principle.

We continue to grapple with questions of how to judge things, whether works of art, or moral conundrums. Do we judge by how they look, how they appeal to our sense of beauty and harmony, or by the voice of conscience? All too often, we give preference to the former without considering the latter.

The claim that art occupies sacred space is one example. Artists sometimes call for special respect and immunity, asking for privilege not accorded to others. When shown to have abused the privilege by being offensive, they scoff. Recall the infamous exhibit at a Brooklyn Museum—paid for by the taxpayer—where one of the pieces was a crucifix immersed in a jar of urine. Many people claimed that the value of artistic expression trumped any offense it caused to millions of New Yorkers.

Carl Michael von Hausswolff's "Memory Works" in the Martin Bryder Gallery of Lund, Sweden, uses the ashes of Holocaust victims mixed with water to create grey streaks on a canvas. The ashes were stolen by the artist during a visit to the notorious extermination camp of Majdanek in 1989. Jews and others are outraged at the desecration of the dead, something considered to be impermissible by the three monotheistic religions and beyond. Yet, gallery owner Martin Bryder told Swedish radio that he sees no "moral flaws" in displaying the piece.

It is not only highbrow exhibits of weird art that demand a pass in the name of the aesthetic. Huge numbers of people hang on to every word and gesture of people who somehow look good. They look fabulous, so they must be fabulous. They may be actors and actresses, or sports figures. Often, they distinguish themselves for their lack of education and common sense, but their endorsements of anything from products to politicians matter, defying reason. Their esthetic wins out, as Greece originally triumphed over Jerusalem.

The old clash is far from over. At times, it takes humankind to places it would not expect.

For all his appreciation of the Jewish contribution, Arnold mourned the effects of the ascendance of Hebraism. Having produced a surfeit of "man's perceiving and knowing side, this unnatural defect of his feeling and acting side, provoked a reaction." There had to be a backlash to too much conscience. Arnold championed the return to nature, the "relaxation ... of the moral fibre." Nineteenth-century Europe, he said, was fighting off the shackles of a moral repression forged by Judaism.

He turned out to be prophetic. The return to Hellenism produced advances in science which have "now made visible to everybody the great and pregnant elements of difference which lie in race. . . . Hellenism is of Indo-European growth, Hebraism is of Semitic growth; and we English, a nation of Indo- European stock, seem to belong naturally to the movement of Hellenism." (Culture and Anarchy, 1869) 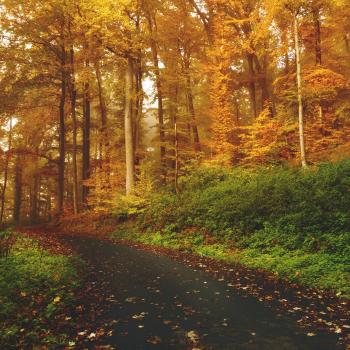 The Truth and Grip of Feelings
Mark Nepo
2

A Different Perspective on Pain and Suffering
Richard Simmons
3

Where are all the prophetic voices? part 1 of 2
Rob Dalrymple
4 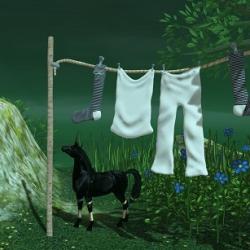 Yitzchok Adlerstein
Yitzchok Adlerstein is an Orthodox rabbi who directs interfaith affairs for the Simon Wiesenthal Center, and chairs Jewish Law at Loyola Law School in Los Angeles. He is hopelessly addicted to the serious study of Torah texts.
Get Patheos Newsletters
Get the latest from Patheos by signing up for our newsletters. Try our 3 most popular, or select from our huge collection of unique and thought-provoking newsletters.
From time to time you will also receive Special Offers from our partners that help us make this content free for you. You can opt out of these offers at any time.
see our full list of newsletters