The Next Big Thing

"Wow so cool! Abba [Daddy] look at how you open these windows by turning this knob!!" ~ Hadar, my nine-year-old daughter, upon entering our rental car

According to Kabbalah, the reason that human beings are constantly in search of the next high, the newest technology, and the latest fashion is because it is our soul-essence to climb, advance, and move forward—to "become." However, how we will apply that inner yearning is up to our Free Will choice. One can apply the soul's energy toward building one's relationship with the Infinite Being and personal development as it is truly intended, or one can apply the soul's energy toward building something trivial or destructive.

On the flip side, the fact that we are each Godly souls also explains why people who are inactive tend to fall into depression. After all, if someone in search of happiness was to follow the Western motto of "if it feels good do it"—which implies, "if it doesn't feel good, don't do it"—it would only take him the first seven hours in front of MTV before he feels like garbage and discovers that this path of least resistance is not the path to true joy and fulfillment.

True joy and fulfillment come about by moving forward and advancing toward the reality of who we are. One's entire life boils down to the story of his or her journey to their personal "becoming."

The Quest for Perfection

This information brings with it good news and bad news.

A certain Jerusalem-based rabbi put it this way: We are created perfectly imperfect.

If the name of the game is growth, all of our imperfections are opportunities as opposed to setbacks, since they serve as the backdrop upon which we strive toward greater and greater levels of personal perfection. Our essence is our souls, which—as aspects of God within the non-clarity and struggles of this world—are to be vehicles of God-expression and God-manifestation.

Achieving this awareness and approach to life is to achieve what the Kabbalists refer to as personal redemption. We could say that more than taking the Jews out of exile, redemption is about taking the exile out of the Jew. When we are more in touch with the reality of who we are and what we are doing here, we come to a personal and spiritual state of "home base." Then we are more at peace and can move forward from there.

Most people's problem is a problem of perspective. People think that the world is their personal arcade and they have entertainment coming to them; that it's just one big game, and at the end of the day it's all really meaningless anyway. Therefore, when they awaken to a world in which the games are broken, they think there is something wrong with the arcade. They reason, "Well, if the games are turned off, I am turned off to the One who made the arcade."

The person who thinks that he is here to receive entertainment has lost touch with the reality of who he is. Instead of kicking the games and holding a grudge against their Maker, were this person to come to terms with the reality that he is not the gamer, but the fix-it man, he would experience great joy as it dawns on him suddenly that this is the perfect place for him.

When the fix-it man breaks open his toolbox to open the games and go in for a deeper look to try to figure out why they are broken, it triggers an internal awakening in which he realizes that, while his "lower" self enjoys passively being entertained, his "higher" self thirsts to actively repair.

This is because, although we think that we are in the world for entertainment, humanity (and in particular the Jewish people) is here for repairing, fixing, fine-tuning, and constant refining it. Our inner soul-essence is set up for striving toward further personal development, soul-expression, individual closeness to the Infinite, and elevating the world's physical and spiritual state.

Our problem in seeing this is that ever since Adam and Eve's sin in the Garden of Eden, we have been out of touch with our true identities, with our true selves, and with the reality of the world. However, when we lay this out clearly and internalize it, while we may not be able to grasp it 100 percent, we can touch it, and it's at that moment that a whole new world opens up. 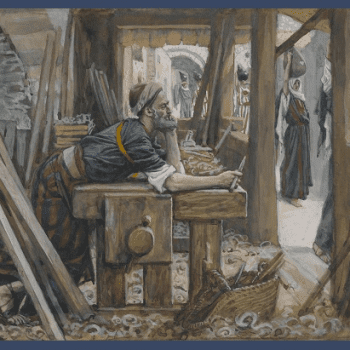 Naming Names: Saint Joseph Did It and So Do Monks
Fr. Stephanos Pedrano, O.S.B.
2 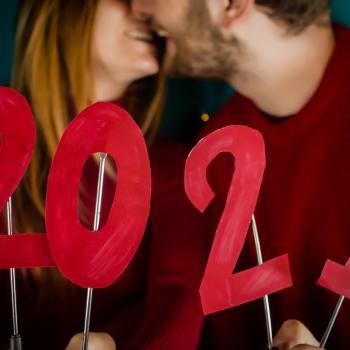 7 research-based resolutions that will help strengthen your relationship in...
The Conversation
3 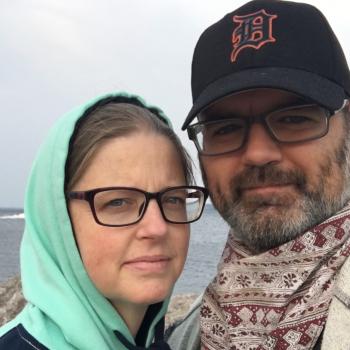 New Year TEASER | JCIngle Best of 2020
Jared Ingle
Get Patheos Newsletters
Get the latest from Patheos by signing up for our newsletters. Try our 3 most popular, or select from our huge collection of unique and thought-provoking newsletters.
From time to time you will also receive Special Offers from our partners that help us make this content free for you. You can opt out of these offers at any time.
see our full list of newsletters
Editor's picks See all columnists