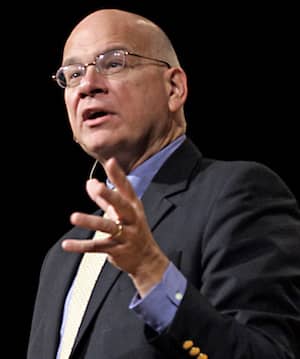 Keller holds an M.Div. from Gordon-Conwell Theological Seminary and a D.Min. from Westminster Theological Seminary. In 1989, after several years pastoring West Hopewell Presbyterian Church in Virginia, he founded and served as senior pastor of Redeemer Presbyterian Church in Manhattan, a job that occupied his main professional focus for nearly 20 years. Redeemer has since grown to be one of the most active congregations in the borough, with an average 5,000 worshippers in attendance at three locations on a given Sunday. The church has also served as a church-planting center, mentoring more than 100 new congregations in greater New York City.

In 2008, Keller published the New York Times Bestseller The Reason for God: Belief in an Age of Skepticism to address common objections to Christian belief. He has since published several more books on various aspects of Christian belief and practice, including Making Sense of GOD (2016).

Keller stepped down as senior pastor of Redeemer Presbyterian in July 2017 to teach full-time for Reformed Theological Seminary and continue church planting through Redeemer’s City to City network.