Religion's relationship with the rest of society is complex and influence flows both ways. Sometimes a society decisively shapes a religion, as when the Catholic Church adopted imperial Rome's administrative structure for itself. Sometimes a religion has an outsized impact on its society, as with the Quakers' impressive role in eliminating slavery.

What might our impact be should we continue to grow?

Pagan spirituality clashes with modern America at one very basic level. For us the world itself is sacred. Depending on our views, it is either the center of the sacred or a direct manifestation of it.

Pagan Religion and Our Founding Values

At one level our spiritual view is in a fascinating harmony with American democracy. Long ago in his justly famous Democracy in America, Alexis deTocqueville wrote:

It cannot be denied that pantheism has made great progress in our age. . . .

If there is a philosophical system which teaches that all things material and immaterial, visible and invisible, which the world contains are to be considered only as the several parts of an immense Being, who alone remains eternal amidst the continual change and ceaseless transformation of all that constitutes him, we may readily infer that such a system, although it destroy the individuality of man, or rather because it destroys that individuality, will have secret charms for men living in democracies.

Along with being a perceptive and fair-minded observer, Tocqueville was a Catholic with personal devotion to aristocratic values. With regard to pantheism, he urged, "Against it . . . all should combine and struggle."

But his deeper point seems to me well taken. A religion emphasizing sacred immanence is in keeping with the democratic spirit that more than any other inspired our Founders and found expression in our Declaration of Independence. A religion of hierarchy and transcendence is fundamentally at odds with democracy.

But our religions' harmony with democracy is at cross-purposes with modern capitalism.

Modern corporate capitalism treats the world as nothing but a storehouse of resources for human use, a threat to our desires, or irrelevant. From a Pagan perspective everything in the world has a spiritual and ethical dimension. From such a perspective capitalism is autistic.

My statement might alarm many readers. Isn't "free enterprise" and the "free market" the secular manifestation of American freedom? Isn't the alternative some variant of Soviet style state socialism? Doesn't the right of every person to try and make of their lives what they wish lie at the core of our Declaration of Independence?

I once held such ideas myself, and only gradually came to understand that they combined important truths with enormous confusions. And these confusions undermine the power of our spiritual insights.

The core confusion is to equate capitalism with economic freedom or free markets or some such term. Once we understand that this is not true, not at all true, we can begin to see our world in a very different way, one able to harmonize our spirituality with our love of liberty.

I will start with an example. Let us assume a corporate CEO is in charge of a lumber company. Let us take Pacific Lumber as an actual example. This was a family owned company that held huge tracts of forestlands in northern California, including much old growth redwood. They were profitable. They were also praised by the Sierra Club for their far-sighted management practices.

The company decides to raise capital and decides to issue stock in order to do so. This opened them to a fatal process that turned the freedom of having your own company into the destruction of freedom by capitalism.

The stock was "undervalued" on the market because the company was not cutting timber at an unsustainable rate in order to maximize money profits. They were acting sustainably for both the forest and the logging communities that relied on them. In Texas a corporate raider who knew nothing about logging but a great deal about extracting every penny from a company noticed this difference. Charles Hurwitz and his MAXXAM company bought controlling interest in Pacific Lumber through the use of junk bonds, abandoned all pretense of sustainability, and began destroying the forests on Pacific Lumber's land. Landslides, floods, destroyed salmon runs, and communities rapidly losing their economic base were the result, and Earth First!, with the aid of Starhawk and reclaiming, began to fight back. The struggle was prolonged but in time Hurwitz and MAXXAM were defeated in California, and sustainable practices mandated by law. MAXXAM/Pacific Lumber could not operate profitably under these laws, went bankrupt, and the land is now once again in hands able to operate ethically as well as profitably. The story is well told in David Harris's The Last Stand: The War between Wall Street and Main Street over California's Ancient Redwoods. 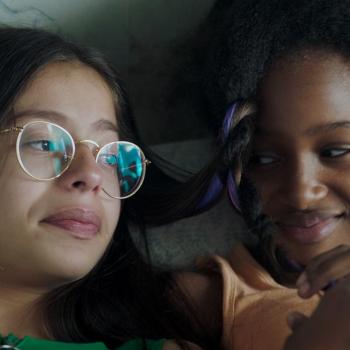 Lose Life To Gain It
William Hemsworth
Get Patheos Newsletters
Get the latest from Patheos by signing up for our newsletters. Try our 3 most popular, or select from our huge collection of unique and thought-provoking newsletters.
From time to time you will also receive Special Offers from our partners that help us make this content free for you. You can opt out of these offers at any time.
see our full list of newsletters
Editor's picks See all columnists