Why Do Republicans Dislike Muslims?

For many years of my adult life, I was a Republican and voted with the GOP in almost every election. For several of those years, in fact, I was in the Republican Party organization in my local township. I felt at home in the Republican Party, with its insistence on personal liberty and limited government. Moreover, I felt that it was more "faith-friendly," with people of faith being more welcome among Republicans than Democrats.

In 2008, however, that all changed. With the repeated whispers among Republicans that Obama was a "Muslim," as if that was some sort of plague or flaw, I was totally soured against the GOP, and I officially left the Party. Since then, I have periodically wondered whether I made the right decision. In 2011, in a column I wrote for Patheos, I came to the conclusion that I had done the right thing.

No. It seems that the Republican Party does not want any Muslims in its ranks, and it is quite content with that.

According to the survey, "Republicans and Romney voters only give strong negative ratings to Arabs, Muslims, Arab Americans, and American Muslims."

As a whole, Republicans are just not that into Muslims. But, does that explain the seemingly endless demonization of Islam and Muslims from members of the Republican Party? Is it a personal bias and dislike of Muslims that leads Republican lawmakers from more than a dozen states to try an enact laws that ban "Sharia law"? It would be easy to draw this conclusion and move on.

But as I read on in the study, I was struck by something that really explained a lot behind this negative attitude toward Muslims. When asked, "Do you personally know anyone who is Arab or Muslim?" 49-63 percent of respondents answered in the negative, the most being among Romney voters. Among those who said they knew an Arab or Muslim, 56-65 percent had a favorable view.

That is the key, and it actually gave me a lot of hope. Simply put, we need to know one another better. I suspect that many of the negative feelings toward Muslims found in this study are due to the fact that most of the respondents do not know a Muslim. Once they know a Muslim, they realize that Muslims are Americans just like them who love their country deeply and wish for many of the same things that they do.

It's going to take a lot of effort, for both the American Muslim community and their neighbors of other faiths. That work, however, is critical to our cohesion as a nation and a people. There are forces of hatred and division that are actively at work to make sure that this divide amongst us stays as wide as possible. We have to make sure that these efforts end up in miserable failure.

The Three Worst Bibles You Already Own
Guest Contributor
2 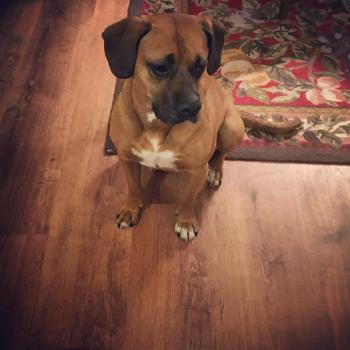 What We're Reading Podcast and Links
Anne Kennedy
Get Patheos Newsletters
Get the latest from Patheos by signing up for our newsletters. Try our 3 most popular, or select from our huge collection of unique and thought-provoking newsletters.
From time to time you will also receive Special Offers from our partners that help us make this content free for you. You can opt out of these offers at any time.
see our full list of newsletters
Editor's picks See all columnists