BuddhistCatholicContemplativeEvangelicalGeneral ChristianHinduJewishLatter-day SaintMuslimNew VisionsProgressive Christian
Back to all writers

Hesham A. Hassaballa is a Chicago-based physician and writer. He has written extensively on a freelance basis and has been published in newspapers across the country and around the world. He has been a Beliefnet columnist from 2001-2009, and has written for the Religion News Service. His articles have been distributed worldwide by Agence Global, and he is also a guest blogger for The Chicago Tribune. In addition, Dr. Hassaballa has appeared as a guest on WTTW (Channel 11) in Chicago, CNN, Fox News, and National Public Radio.

Hesham Hassaballa is co-author of The Beliefnet Guide to Islam (Doubleday), and his essay, "Why I Love the Ten Commandments," was published in the award-winning book, Taking Back Islam (Rodale). His latest book, Noble Brother﻿, is the story of the Prophet Muhammad told entirely in poetry.

In 2007, his blog, God Faith and a Pen﻿, was nominated for a Brass Crescent Award for a blog that is "the most stimulating, insightful, and philosophical, providing the best rebuttals to extremist ideology and making an impact whenever they post." God, Faith, and a Pen has also received an award for being one of the Top Muslim Blogs for 2010 by Awarding The Web.

In addition to writing, Hesham Hassaballa helped found the Chicago Chapter of the Council on American Islamic Relations and has served on their board of directors. He also co-founded the Bayan H. Hassaballa Charitable Foundation and serves as its executive director.

Encountering Reza Aslan's Jesus
Hesham Hassaballa | August 12, 2013
As with many other readers, I took away from the book what I believed about Jesus before......

Fasting: A Remedy for the Soul
Hesham Hassaballa | July 25, 2013
On the surface, fasting nearly seventeen hours daily for Ramadan seems rather insane.......

Why Forgiveness Is God's Greatest Gift to Us
Hesham Hassaballa | May 29, 2013
A Muslim prayer for forgiveness holds the key to the beautiful loving relationship God......

Why Religion and Terrorism Are Opposites
Hesham Hassaballa | April 28, 2013
To be religious, to be close to God, is to understand His love and mercy and the......

When "Standing Up for Jesus Christ" is un-Christian
Hesham Hassaballa | April 11, 2013
Sen. Alan Hays, sponsor of an anti-Sharia bill, told constituents that supporting the......

The Power and Warmth of God's Love
Hesham Hassaballa | February 20, 2013
There is no greater love than the love God has for us, and with His love, everything is......

How the Quran and Islam Honor Mary
Hesham Hassaballa | December 06, 2012
The story of Mary is one spoken with great reverence in the Quran, for she is a woman......

Giving Thanks for a God Who Is Appreciative
Hesham Hassaballa | November 20, 2012
As I reflect on what I have to be thankful for, I think of God and his ninety-nine......

Election 2012: The Defeat of Islamophobia
Hesham Hassaballa | November 13, 2012
It was a decisive loss for hate in the 2012 elections, when key Congressional members of......

Why Do Republicans Dislike Muslims?
Hesham Hassaballa | August 29, 2012
A new poll details unfavorable views of Muslims and Arabs held by Republicans. Is there......

Why Hatred of Islam Is Not Logical
Hesham Hassaballa | May 23, 2012
Do the actions of Muslim extremists speak for an entire population?...

Anti-Shariah Bills Cross Faith Lines
Hesham Hassaballa | May 01, 2012
Several states are passing anti-shariah bills. But do they realize how these bills could......

Respect the Hoodie, but Don't Forget the Headscarf
Hesham Hassaballa | April 02, 2012
We are Trayvon Martin. But we are also Shaima Al Awadi, and in light of two horrific...... 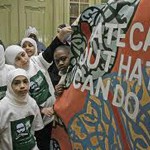 Election 2012: A Rough Ride for American Muslims
Hesham Hassaballa | January 16, 2012
By the looks of the Republican primaries, the 2012 presidential elections will be a......

Make Your Personal Hijrah This New Year
Hesham Hassaballa | December 15, 2011
The new year has begun for Muslims, and with it we should strive to make our own......

Giving Thanks through Actions
Hesham Hassaballa | November 23, 2011
Giving thanks for our blessings is not enough. Only by giving back, by helping others,......

Assessing the ummah: What we can learn from Gilad Shalit
Hesham Hassaballa | October 25, 2011
... 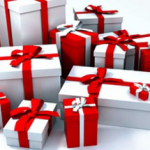 Guantanamo detainees: Do not put them to death
Hesham Hassaballa | January 30, 2009
...

Reverend Jeremiah Wright: Could a Muslim ever say that?
Hesham Hassaballa | March 22, 2008
...

Interfaith Understanding: So that you may know one another
Hesham Hassaballa | November 29, 2006
...

Muslims Today: For those who are conscious of God
Hesham Hassaballa | November 13, 2006
...

Torture and Interrogation: Why we should not torture
Hesham Hassaballa | October 31, 2006
...