Politics: The elected women of Kuwait

It was hailed as a major breakthrough, one that will send waves and have reverberations all throughout the region. Four women were recently elected to the Kuwaiti parliament in a historic election conducted on May 16. The winners were Rola Dashti, Salwa Al-Jassar, Aseel Al-Awadi, and Massouma Al-Mubarak. All are US-educated; all have doctorate degrees in either political science, economics, and education. Dr. Al-Jassar said, “Mark this day! We entered the Parliament by winning elections and not through a quota system.” Zikra Al-Rasheedi, who ran but narrowly lost her bid, was elated despite her loss: “I am happy and I thank God that we have changed the equation and broken tradition.”

Women in Kuwait were given the right to vote and run for office in 2005, but this is the first time they have ever been elected to the Parliament. For one of the new female MPs, Dr. Massouma Al-Mubarak, this was her second “first,” as she was also the first female cabinet minister in Kuwait as well. What is most notable in this election is that their candidacies were fiercely resisted by Islamist and Salafist parties, and those parties lost ground in the election, gaining only three seats as compared to the seven they held in the last parliament. Al Jazeera’s Hashem Ahelbarra said, “Aseel Al Awadi and Rola Dashti ran against the most charismatic Islamist and Salafist, people who have dominated political life in Kuwait over the last ten years, and they got more votes.”

Yet, these women are not simply token members, shown to the world as evidence that the male-dominated Kuwait is “coming around to the 21st Century.” They are truly unique: Two do not wear the hijab; one is married to a non-Kuwaiti; one is divorced, one is not yet married, and one has a Lebanese mother. “We represent different social strata,” said MP Rola Dashti, and to have them elected in this conservative Gulf Arab sheikhdom is truly extraordinary.

The path to their victory, however, was not easy. As noted above, the Islamists and Salafists were fiercely opposed to their candidacies. They cited the age old objections that the Prophet (pbuh) said that a people led by women will not prosper, which is a dubious claim. Dr. Al-Awadi, speaking to NPR, even said that her opponents called her an “infidel” during the campaign and resorted to “dirty tricks” in an effort to defeat her. An example of these is that her university lectures were cut and pasted on posted on Youtube to give voters the impression that she was against Shari’ah law. Speaking to Michele Norris, Dr. Al-Awadi said, “They created a very intense propaganda campaign, and a very negative one.” It did not work.

This electoral victory is an encouraging and exciting development, and it shows that the people of Kuwait were also ready for change they could believe in. Speaking to CNN, Dr. Al-Awadi said, “Yes, they do, absolutely [want political change]. I ran last time [for Parliament]…and yes, people were talking about change. But this time, I realized that people are determined – that they want to achieve change, they want to see change happen.” Yet, there may have also been other factors that helped them along, taking nothing away from their quite impressive credentials and qualifications as candidates.

There is widespread frustration with the Parliament in Kuwait, in part because of intense political tensions between the government and the parliament. Two months ago, Sheikh Al-Sabah, Kuwait’s ruler, dissolved parliament to end the standoff between it and the cabinet. This is the third time in three years, in fact, that such a standoff has occurred, and it has crippled the government. Ghanim Al-Najjar, newpaper columnist and political science professor, told the New York Times, “The main theme of this election was frustration. People have a negative attitude toward the M.P.’s.” Voter turnout was also quite low, and this may have contributed to the women finally winning their elections. Having said that, however, this electoral victory should be seen as nothing less than a huge victory for women in the Muslim world, and it is hoped that such successes are duplicated in other Muslim countries, especially in the Arab world.

The candidates do face an uphill battle now that their victories have been achieved. Dr. Al-Awadi told NPR that “Women’s voices can now be heard,” and that her next step is to reform laws that do not treat women equally. This will definitely be tough to do, as she herself admitted to CNN: “The parliament has been dominated by certain political groups for years and years… Their representation is intense, and their agenda also has been dominating the parliament agenda.” Her first battle, in fact, will probably be fought over the fact that she does not wear the hijab. Newly elected MP Mohammad Hayif Al-Mutairi, an Islamist lawmaker, maintained that MPs who do not wear the hijab are in violation of election law, and according to the Kuwait Times, “he would do everything in his power to enforce the law on female MPs who do not wear the headscarf.” The newspaper also said that “he and his fellow Islamists were studying the possibility of boycotting the oath-taking session if the female MPs take their oaths without wearing the headscarf.”

Despite these challenges, however, the results of the Kuwaiti elections give me hope. Although women have become heads of state in a number of Muslim countries, such as Pakistan, Senegal, Indonesia, and Bangladesh, women have a long way to go to achieve full political and social equality. Women have a long way to go before they go back to the Aqaba Pledge of Allegiance. During this pledge, two women – Nusaybah bint Ka’ab and Umm Munee Asma bin Amr bin ‘Ad – were among the representatives of Medina who came to the Prophet (pbuh) and pledged their allegiance to him and vowed to protect him and his followers even unto death. The Prophet (pbuh) accepted them and took their pledge. Would that his followers revive this Prophetic legacy.

June 1, 2009
Inclusion: Could there ever be a Muslim Supreme Court justice?
Next Post

June 4, 2009 Obama's Cairo speech: A new beginning (or more of the same)?
Recent Comments
0 | Leave a Comment
"FsyYOU are hate. Period."
Soren A Ramadan Testimonial of Repentance and ..."
"Thank you for sharing this article along with detail information, and you have mention the ..."
wazeer shaik The Path Through Hajj – One ..."
"Tamerlane is considered an oppressor amongst Islamic scholars and an anti-hero in Islamic culture. It's ..."
Ali Inspiration: Star Wars: An Islamic perspective
"did you head to syria? did you take ilisha?"
mike malzahn Quran, Hadiths or Both? Where Quranists ..."
Browse Our Archives
get the latest from
Muslim
Sign up for our newsletter
POPULAR AT PATHEOS Muslim
1 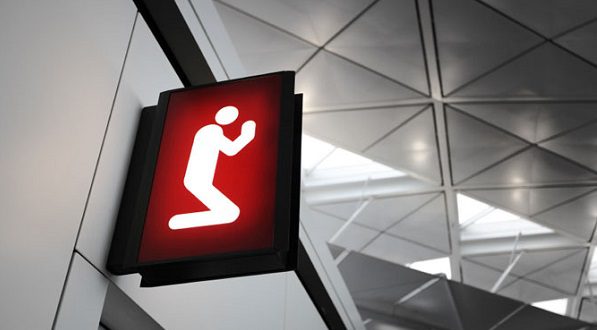