Logotherapy and the Unique Person

Based on my past affiliation with several religions and study of comparative religion, I am convinced that every religion, no matter what it is, can be enriched if one searches for what makes his or her religious experience meaningful. This article is Part Two of my attempt to explain how everyone can find and increase that richness. (Read Part One here.)

An important source of meaning in Logotherapy is through an attitude adjustment that provides meaning when we must endure unavoidable suffering. For example, choosing an attitude of accepting God or a higher power as a partner during our suffering can provide meaning through companionship. With this view, we are active partners with God in coping with our situation. This partnership approach is strongly supported by many Psychology of Religion texts. In those suffering situations where we are powerless, surrendering to God's power or accepting God as a partner is a viable and meaningful option. This is the point Elizabeth Brenner makes in her book, Winning by Letting Go: Control without Compulsion, Surrender without Defeat:

Ceasing to resist and self-surrender may be red flags to many people, including mental health professionals. Giving up seems to contradict everything we have been told about problem solving. Yet there are times when surrender may be the most appropriate form of coping. Barry had been skin-diving near a sewage plant at the local beach. Venturing too close to the intake pipe, he'd been sucked in a flood of seawater into the pipe. He struggled against the violent pull of the water until he died, not from being mangled, but from exhaustion. "There's a flotation tank in all those plants," sighed Steven. "If he hadn't struggled, he would have floated unharmed to the top."

Logotherapy emphasizes that each of us has a unique hierarchy of personally-meaningful values. As a result, we may best obtain meaning in religion through approaches that are tailored to our uniqueness. Thus, meaningful religious practices will vary from person to person and are partly determined by personality, culture, psychological issues, and other factors. Because of this, there are no pre-ordained sets of practices that work for everyone. Some religious groups and organizations could serve their congregations well by remembering this.

For example, persons with extroverted personality types (or extraverted as defined by Myers-Briggs Type Indicator [MBTI]) may tend to prefer practices involving the companionship of others. Most of my friends are extroverted and most of them who go to church do so because of companionship and fellowship. On the other hand, I am—much to the chagrin of a few of my friends—quite introverted and prefer more time alone, doing such activities as meditating, reading, thinking, writing, spending time in nature, etc. Another MBTI dimension is Perceiving versus Judging. Perceivers often prefer more spontaneous religious or spiritual practices without too much structure. In contrast, Judgers may be more comfortable with more structure, such as praying or meditating at the same time each day.

One cultural issue that affects spiritual practices is Geert Hofstede's cultural dimension of "masculine versus feminine."(Hofstede is from the Netherlands and is most famous for his research on how people work differently according to culture.) Masculine cultures—also called "quantity of life" cultures—tend to view the roles of men and women as being quite different, and there is a focus on doing and achieving things. On the other hand, feminine cultures—also called "quality of life" cultures—view the roles of men and women as being quite similar, and there is more value placed on quality of life. This cultural difference could affect spiritual practices in the sense that masculine cultures and religions could define their practices differently for men and women. For example, I attended a synagogue in Ecuador where the men and women sat in different sections and had different roles in the religious service. Also, I have attended Unitarian Universalist services where the roles of men and women were identical. 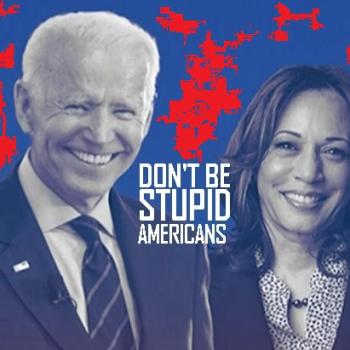 Don’t Be Stupid, American Catholics
Fellow Dying Inmate
Get Patheos Newsletters
Get the latest from Patheos by signing up for our newsletters. Try our 3 most popular, or select from our huge collection of unique and thought-provoking newsletters.
From time to time you will also receive Special Offers from our partners that help us make this content free for you. You can opt out of these offers at any time.
see our full list of newsletters
Editor's picks See all columnists